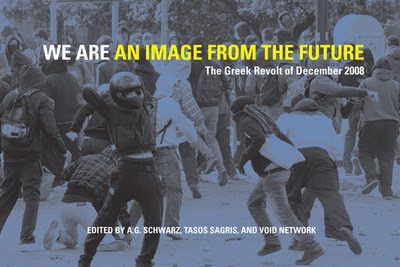 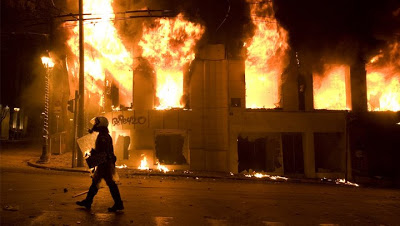 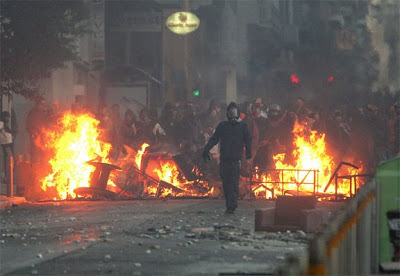 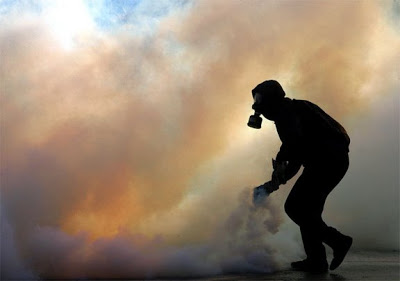 What causes a city, then a whole country, to explode? How did one neighborhood’s outrage over the tragic death of one teenager transform itself into a generalized insurrection against State and capital, paralyzing an entire nation for a month?

This is a book about the murder of fifteen-year-old Alexis Grigoropoulos, killed by the police in the Exarchia neighborhood of Athens on December 6th, 2008, and of the revolution in the streets that followed, bringing business as usual in Greece to a screeching, burning halt for three marvelous weeks, and putting the fear of history back into the bureaucrats of Fortress Europe and beyond.

We Are an Image From the Future delves into the December insurrection and its aftermath through interviews with those who witnessed and participated in it, alongside the communiqués and texts that circulated through the networks of revolt. It provides the on-the-ground facts needed to understand these historic events, and also dispels the myths activists outside of Greece have constructed around them. What emerges is not just the intensity of the riots, but the stories of organizing and solidarity, the questions of strategy and tactics: a desperately needed examination of the fabric of the Greek movements that made December possible.

“This book is just what Dr. Fucking Anarchy ordered. How to turn insurrection into revolution. The Greek revolt will inspire a generation as Paris ’68 did 40 years earlier.”
—Ian Bone, class warrior and author of Bash the Rich

“If protest is when I say I disagree, and resistance is when I do something about it, then insurrection is when everyone else is on-board too. So it was in December of 2008, when Greece burned…. We Are an Image from the Future is a quintessential portrait of revolution in action. The coming global insurrection has already begun.”
—Ramor Ryan, author of Clandestines

“What the Zapatista uprising of 1994 was to the antiglobalization movement, the Greek uprising of 2008 could be to the demise of capitalism itself.”
—CrimethInc. Ex-Workers’ Collective

“This dazzling collection is not a book about the great insurrection of 2008-it is a living piece of it that can become a part of us, and through us, it opens the prospect of a universe we might never otherwise have imagined possible. Future historians may well conclude that the Revolution finally began in 2008. If they do, this book will have played a crucial role in that realization.”
—David Graeber, author of Direct Action: An Ethnography

The book will be available in Mid-March // more info about the publication :
http://www.akpress.org/2010/items/weareanimagefromthefuture

you can read a long fragment of the book here:
http://www.revolutionbythebook.akpress.org/new-ak-press-book-on-the-dec-2008-greek-uprisings/

WE ARE AN IMAGE FROM THE FUTURE U.S.A. TOUR 2010 for all info/details/arrangements of events: voidinternational@gmail.comyou