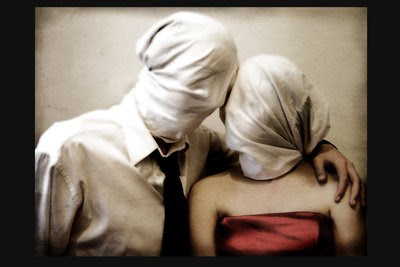 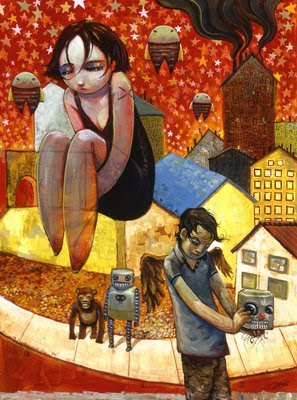 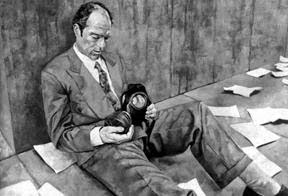 Nothing Burns in Hell: On Delinquents and Respectable Citizens by (U.K. situationist) Wayne Spencer

Introduction: This article by a British situationist offers a critique of capitalism’s many delinquents and the respectable citizens who confront them in the streets and the dominant society’s spectacle of social life. Covering both street-corner hoodlums and the industrious armed gangs who distribute drugs in some cities, the author argues that the delinquents have failed to challenge capitalism’s alienated social relations; indeed, they have fallen prey to the spectacle’s fake models of youth rebellion. He suggests to the respectable that if their lives are easily disrupted by the nuisances that delinquents cause, this is in part because their desperate efforts to persuade themselves that they are contented and fulfilled are so very fragile. In the end, he says that delinquency is a pathological product of the absence of rebellion, and the only remedy for it is a new concrete project of revolt in which both those currently lost in delinquency and respectability can participate.

In the bottom, sorrow dwells, in the heights anguish
1.
A society as disastrous as the one in which we unfortunately live can hardly avoid talking about its shortcomings. But social problems are only taken up by the institutions and media of this deceptive society in falsified form. All that we see are misrepresented failings and spurious remedies. The prevailing babble about youthful ‘anti-social behaviour’ is no exception. We are typically given to understand that delinquents are rejecting the norms of society, and respectable citizens are being impoverished by a loss of the tranquil enjoyment of ordinary life. This way of viewing matters is perfectly misconceived. The problem is not that young delinquents have gone too far in their defiance of the dominant society, but that they have not gone far enough. The problem is not that the lives of the respectable citizens of this society have become disturbed, but that they have remained frozen. Delinquency does not so much cause the poverty of everyday life as continue it in different guises.
2.
I shall not offer exhaustive definitions of what I call the “delinquent” and the “respectable citizen”. Who cares for such tedious exercises in procrustean classification other than the spent souls of academia? Suffice it to say that my delinquents include, amongst others, (a) bored kids who try to draw a line between themselves and the shitty world around them with music, dress, and the frugal use of cool talk; (b) the loose, local groups of friends and acquaintances who come together from time to time to sneer at passers-by and indulge in unlawful kicks and perhaps a little criminal enterprise; (c) other minor street criminals who ply their trade in order to pay for their partying; and (d) the more consistently crimiminal associations sometimes referred to as “gangs”. But not everything I say applies to each kind of delinquent equally. As for my respectable citizens, well, I’m sure we all know one when we see one. At bottom, what is important, at least to me, is that you consider whether you recognise some part of your own everyday life in what I have to say. If you do, I am afraid that it is up to you to determine what practical consequences follow from this. One step toward refusing the dominant society consists in breaking the habit of expecting one’s thought and practice to be handed down to you.
3.
It is often lamented that delinquent youths lack respect for figures of authority. But it should come as no surprise that teachers, the police, parents, etc, do not attract respect, for the very simple reason that these contemptible roles do not deserve it. Why on earth should we treat with deferential regard those who would reduce us to the shrunken lives this society permits? The very notion of deference is merely a demand that we quietly and blindly submit to the external authorities who have placed themselves above us. It is loathsome. The delinquents are to be congratulated for taking steps towards a practical recognition of this. Unfortunately, while they reject some of what the society offers up for respect, they defer to other elements of the alienated life we are asked to lead. What is worse, they have come to admire and desire the very alienations they have failed to contest. For as long as this persists, they will remain stultified.
4.
To dependent youth, the unemployed, the working poor in shit jobs, and the residents of ghettos, it is all too obvious that boredom, subordination and contempt are no small part of their lot. There are several different ways of responding to this insight. One is to grin and bear it in the hope that conformity will eventually be rewarded by higher status and better-paid work. This is perhaps the most common response. Another is to contest the society that produces so much dead time. A third is to pursue alternative sources of prestige and money within this very society. For all too many, delinquency is in essence a search for such illusory alternatives.
Continued at: http://zinelibrary.info/files/Nothing%20Burns%20in%20Hell.pdf
Tags: Wayne Spencer Situationists Youth