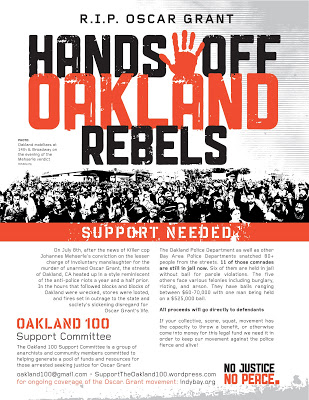 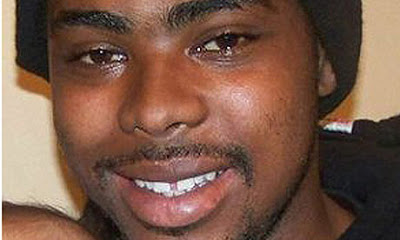 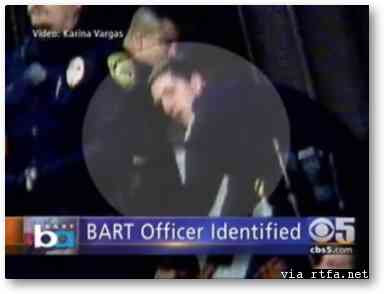 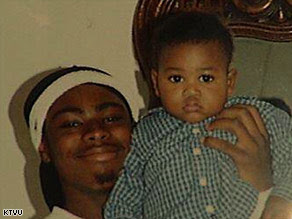 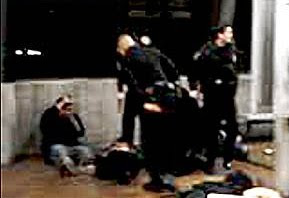 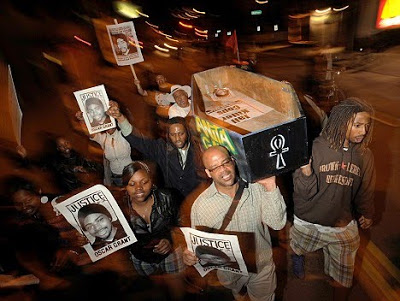 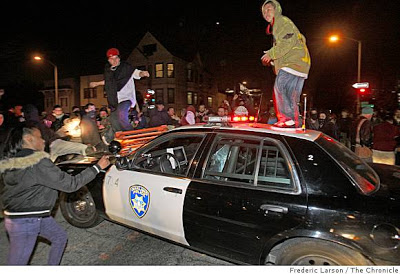 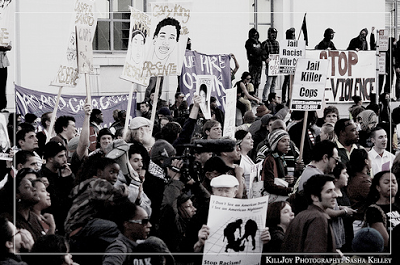 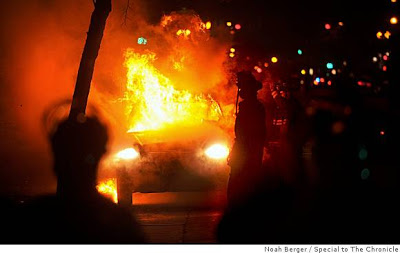 As many have heard, a relentless anti-police movement has grown from the tragedy of Oscar Grant’s murder on January 1, 2009 by former officer Johannes Mehserle.* Recently, Mehserle was convicted of the deplorable charge of involuntary manslaughter, a weak charge which carries a sentence of probation to four years in prison.

When the news of Mehserle’s verdict reached the people of the bay area on July 8, the streets heated up in a style reminiscent of the anti-police riots a year and a half ago. Downtown Oakland swelled immediately after the release of the verdict. For hours after the verdict was released, people milled about, yelling at police, and listening to angry speeches. As the sun went down, the police moved in to end the spontaneous demonstration, threatening arrest of anyone who stayed on the streets. The sky was littered with helicopters and planes. Every police force in the region had gathered in downtown. Despite these threats, in the hours that followed, blocks and blocks of Oakland were wrecked, bank windows smashed, stores looted, and trash cans set on fire by people outraged by the state and society’s sickening disregard for Oscar Grant’s life, and by extension, those who are always the victims of police violence in the state’s constant war against people of color, women, and the poor. The night of July 8th, and long after the riots had ended, the Oakland Police Department as well as other Bay Area police departments, snatched at least 78 people from the streets.

Eleven of those comrades are still in jail. Seven of them are being held without bail for parole violations. The five others face various felonies including burglary, rioting, and arson. They have bails ranging between $60,000 and $70,000, with one man being held for $525,000. With a bail bondsman we can free them by posting around 10% of the bail. We are hopeful that some of these people will get their bail reduced in the coming weeks after their pre-trial. Regardless, raising funds now is imperative. Defendants will be held in jail until the conclusion of their trial if we do not bail them out. (During the last Oscar Grant riots in January 2009 one man was charged with arson. His trial dragged on a whole year before the city dropped the charges due to lack of evidence. This scenario is destined to repeat itself at the expense of those arrested on the 8th.)

We, the anarchists of the Bay Area of California, lovers of rebellions, and haters of cops for their ceaseless violence against us, do humbly request for solidarity to help free these brave rebels. If your collective, scene, squat or movement has the capacity to throw a benefit, or otherwise come into money, for this legal defense fund we need it in order to keep our movement against the murderous police fierce and alive!

To make an online contribution use

oakland100 [at] gmail.com via paypal.com

For more information on the status of the cases see

http://supporttheoakland100.wordpress.com/ or email us at oakland100 [at] gmail.com

For ongoing coverage of the Justice for Oscar Grant Movement see

Please feel free to repost and forward this widely and translate into other languages!

*For those unfamiliar with the case: Oscar Grant, a Black man, was pulled off a train in Oakland New Years Eve by a gang of police. He was laying face down on the ground when shot point blank in the back by Mehserle, a white cop. The murder was filmed by many train passengers and viewed by hundreds of thousands of people on youtube. A week after the murder Oakland, California erupted in riots.

The United States is a bizarre and dangerous country, a nation with “sociopathic tendencies riddled throughout