Greece: 98 Migrants Hospitalized During 39 Days of Hunger Strike
from brandon jourdan on Vimeo. 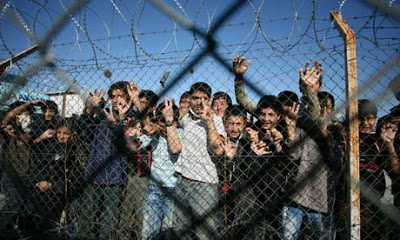 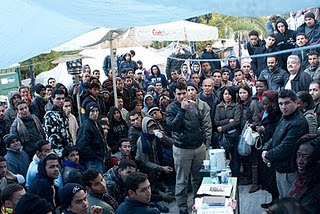 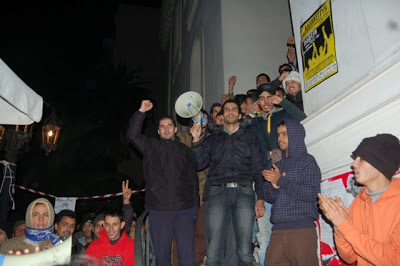 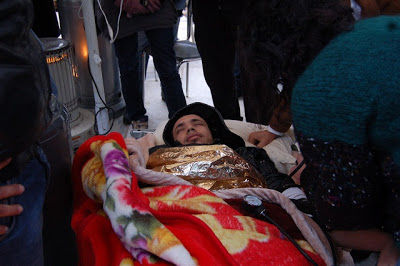 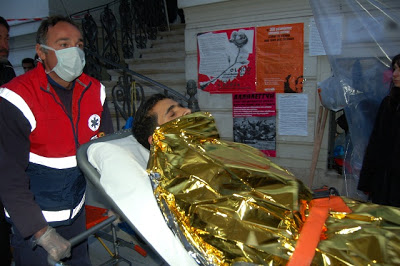 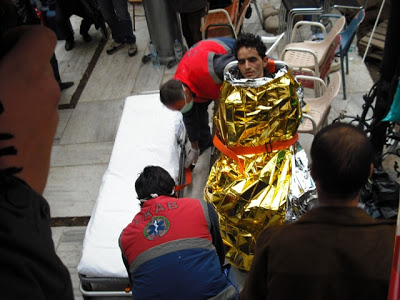 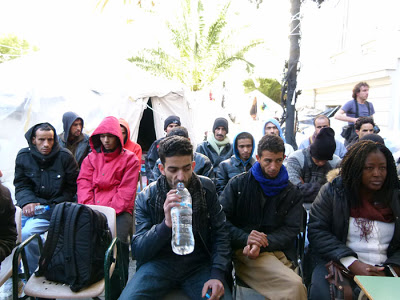 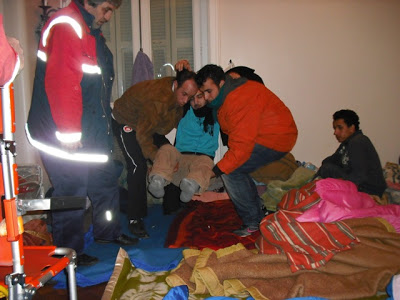 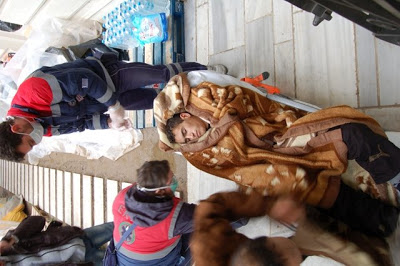 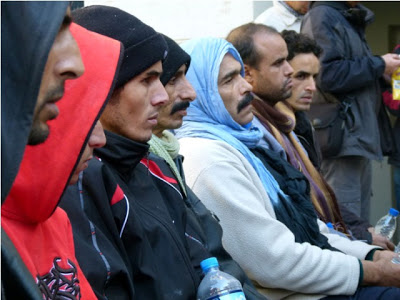 As the world follows the north African revolutions with bated breath, a less public north African revolt and tragedy is taking place in Athens and Thessaloniki. Three hundred non-documented migrants, mostly from the Maghreb, have entered the 35th day of a hunger strike. Many have been taken to hospital in pre-comatose condition and are reaching a state of non-reversible organ failure and subsequent death.
These are people who have lived and worked in Greece for up to seven years. They picked olives and oranges, they looked after the old and the sick, they worked on building sites and orchards for a fraction of the minimum wage. After years of exploitation and humiliation, they are now told they are no longer wanted because of the economic crisis. They must go back voluntarily or be deported. Immigrants are the double victims of boom and bust in Greece. Now they are deemed to be surplus to requirements, to be disposed of like refuse.
What do the hunger strikers want? To make Greeks notice their meagre existence, to ask for basic labour protections and minimum living conditions. They ask at least for the recognition that they live and work in Greece but are treated worse than convicts on chain gangs. They are saying: “We the invisible, uncounted and undocumented are next to you, we worked for pennies and are part of who you are and what your government is doing to you.” They are people punished not for what they have done (criminality or illegality) but for who they are. They arehomines sacri – legally nonexistent and therefore non-persons, meaning they can be treated in the most cruel way by the state, employers, landlords and the xenophobic minority.
The Greek government rejects their demands but claims that it fully respects human rights. Rights belong to humans, we are told, on account of their humanity and not of narrower memberships such as nation, state or group. This is a comforting thought. But the treatment of the sans papiers shows these claims to be ideological half-truths. In theory, human rights are given to all humans, in practice only to citizens. This is further confirmed by the treatment of asylum seekers. In January, the European court of human rights held that sending refugees back to Greece amounted to torture and inhuman and degrading treatment because of the appalling conditions of detention in immigration camps.
Greece virtually never gives political asylum to refugees. Other European states, including Britain, will no longer return asylum seekers to Greece. The Greek government has been condemned as a violator of the basic dignity of the wretched of the Earth. This is a sad conclusion for a country last condemned for systemic torture in the 60s during thedictatorship of the colonels. Many of the governing party members, including the prime minister, George Papandreou, found refuge during that dark period in foreign countries.
The hunger strikers are martyrs in a double sense. In Greek, martyr means both witness and sacrificial victim. They bear witness to higher truths than life, they state that life is worth living if it is worth dying for. In this sense, the strikers are exercising what philosophers from Rousseau to Derrida consider as the essence of freedom: acting against biological and social determinations in the name of a higher truth. Sacrifice meanssacrum facere, making the ordinary sacred. It bridges everyday life with what transcends it. The truth the hunger strikers defend at the personal level is dignity – what makes each person unique in our common humanity. Individual identity is built through the reciprocal recognition others give to self and self to others. I feel good to the extent that my intimate and remote friends consider me such. The absence of basic rights of work and life for the sans papiers leads to absence of all recognition making them less than human.
What is justice? We are surrounded by injustice but we don’t often know wherein justice lies. In Greece, justice has miscarried in the IMF measures and the Athens ghettos, in the unemployed and the salary cuts for the low-paid and pensioners, in the treatment of the refugees and the wall built to keep the poor out and the Greeks in.
Protesting against the worst injustice and abuse, asking to be seen, heard and acknowledged in a minimal way, even if they need to go to death for that, is the greatest service the sans papiers offer to Greece. By resisting their dehumanisation, they become free and fight for the honour of Greeks against the iniquities of their government. They also remind the millions of sans papiers around Europe that after Tahrir Square they can also take their fate in their hands and resist the racist policies of European governments.
• Hara Kouki helped in the development of this article
This article originaly appeared in Guardian:
http://aaoproject.org/?page_id=299
For more info about the struggle and the hunger strike of 300 immigrants in Greece : http://hungerstrike300.espivblogs.net/category/%CE%B3%CE%BB%CF%8E%CF%83%CF%83%CE%B5%CF%82/english/
The youtube channel of the struggle:
http://www.youtube.com/user/apergiapeinas300
Tags: Immigrants