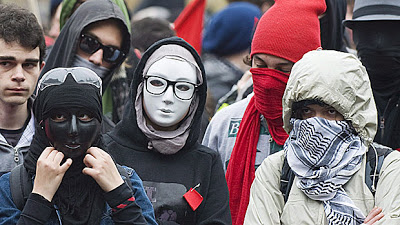 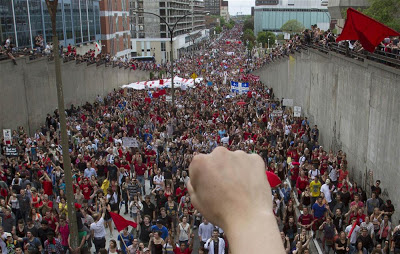 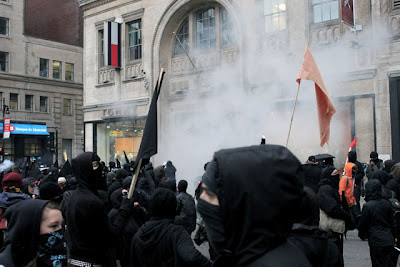 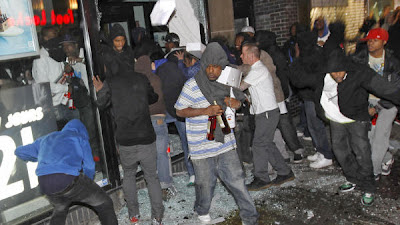 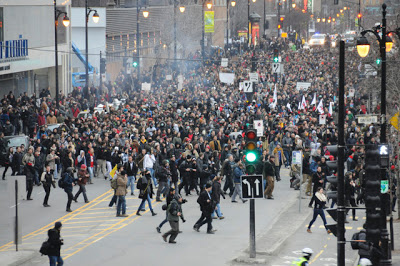 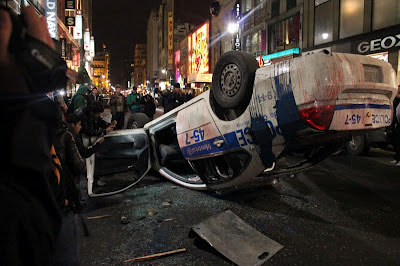 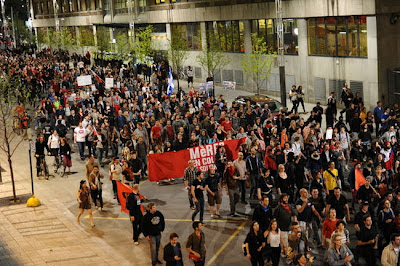 In February 2012, as the Occupy movement tapered off, a strike broke out against austerity measures in the Québécois higher education system. Prevented from occupying buildings as it had in 2005, the student movement shifted to a strategy of economic disruption: blockading businesses, interrupting conferences, and spreading chaos in the streets. At its peak, the resulting unrest surpassed any protest movement in North America for a generation.

To counteract the media blackout, we’ve worked with participants to prepare a two-part feature:
While the Iron Is Hot, I: Student Strike & Social Revolt in Québec, Spring 2012
While the Iron Is Hot, II: Anarchist Analysis of the Revolt in Québec
In this comprehensive report, we chart the strike action by action, from its awkward beginnings through the high point of the revolt and the emergency measures with which the government attempted to suppress it. At each stage in its development, we explore why the strike assumed the forms it did, and analyze the forces competing to push it forward, suppress it, or coopt it. Like the Oakland port blockade of November 2, 2011, the strike suggests a path forward out of the strategic impasse resulting from the Occupy evictions; it also demonstrates that building a capacity for confrontation is an infrastructural project, as much as any community institution.
At nearly 30,000 words and almost 100 photos and videos, be warned that the page may take some time to load.
The next chapter of the story is about to be written: militants have called for aconvergence beginning August 13, to continue the strike in the face of government repression. Stay tuned.
Tags: CanadaCrimethinc