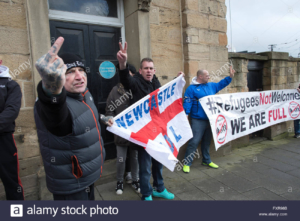 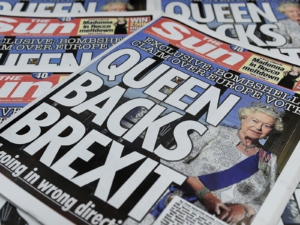 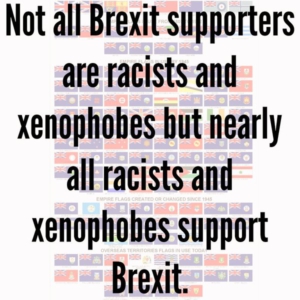 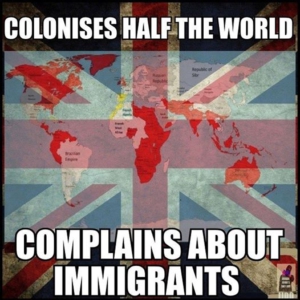 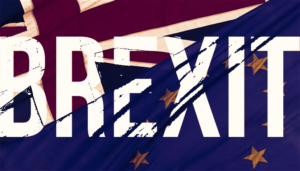 1. The Brexit vote for the UK to leave the European Union demonstrates that even weak parliamentary democracy is incompatible with escalating neoliberal inequality.  In the UK as elsewhere a tiny segment of the population have taken a larger and larger share of total wealth in the last decades.  Particularly under austerity almost everyone else has seen their share of the wealth they produce decline massively.

2. The Remain campaign was headed up by the political class of the neoliberal establishment and backed by model neo liberal corporations like Ryanair.  But because the anger against rising inequality was successfully diverted through scapegoating already marginalized people, in particular migrants, the Leave campaign was also lead by wealthy elitist bigots whose variant of neoliberalism looks to the former colonies and the US rather than Europe.

3. The markets are now punishing the electorate with capital flight. But the racist colonialist nature of the Leave campaign means that rather than capitalism being blamed migrants will again be scapegoated.  The impact of continued inequality – on white citizen workers – will be blamed on attacks on migrants not being as cruel and ruthless as ‘required’.

4. The alternative to fight for isn’t yet another referendum but the abolition of a global order built on inequality & market dictatorship.

5. In the immediate future, the defense of migrants, including those yet to come, is fundamental to opposing the swing to the right post-Brexit.

6. If the left swings towards a simple economist stance post-Brexit then the racist colonialist nature of that vote will be solidified  We must argue on the more apparently difficult grounds of global class solidarity and not on the treacherous path of the narrow self interest of white citizen workers which can only serve a reactionary English nationalism steeped in racism and colonialism.

7. The fallout from the Leave vote will not just be limited within the borders of the UK will see a  but huge boost for racist colonialist movements across EU.  The leaders of those movements, like Marine Le Pen have already greeted the Leave vote with joy.

8. It’s vital to understand this cannot be combatted with liberal platitudes because it is a consequence of the rising inequality economic liberalism has created.  We are facing either a transformation to radical direct democracy that will create economic equality or a turn to the authoritarian politics of control needed to enforce sharp divisions in wealth.

9. Things look grim but then they were already grim as we face into climate change and automation under capitalism.  The rise of the far right and colonialist racism is not a natural phenomenon but a consequence of a system in a crisis that is a fundamental product of  its own functioning.

10. We need to take our world back from the patriarchal white supremacist capitalist elite that dominates the planet and dominated both sides of the EU referendum.  The transformation we need if we are not to face escalating poverty, war and climate destruction is a total one that eliminates the state and capitalism to create libertarian communism.

—-
A note on southern Ireland
The text above is written primarily with the UK in mind, including the north of Ireland which continues to be ruled from London and the large population of Irish migrants living in Britain.  However there are also enormous implications for people in southern Ireland, in particular those who do not have Irish or UK passports. In the light of the almost complete ban on abortion access people without Irish/UK passports with unwanted or unviable pregnancies may soon find it very much more difficult – if not impossible – to travel to Britain to access abortion services.

It’s an open secret that the border with the north being often unpoliced meant that it was a route that those without papers could sometimes risk to travel to and from Ireland and the UK, maintaining some physical contact with friends and family.  Finally although the virulent anti-Irish racism that was common in Britain up to the 90s had receded as anti-migrant rhetoric increases it may strengthen once more.  Indeed some Irish people living in Britain already felt they are in a more hostile environment from the experience of the Leave campaign.

The philosopher, psychiatrist, and revolutionary militant Frantz Fanon was a key figure in the struggle against

Iran has erupted over the death of a young woman in police
On July 23, 2022, the military in Myanmar secretly executed four leaders
A housing movement on the fringes of Mexico City offers an example
VOID NETWORK ANNOUNCEMENT- In the case of Ukraine – as in any
Branded as terrorists by President Erdoğan’s hardline regime, LGBTQI+ people in Turkey
Go to Top