Exarchia area in Athens Greece under police occupation! Time to show your solidarity! 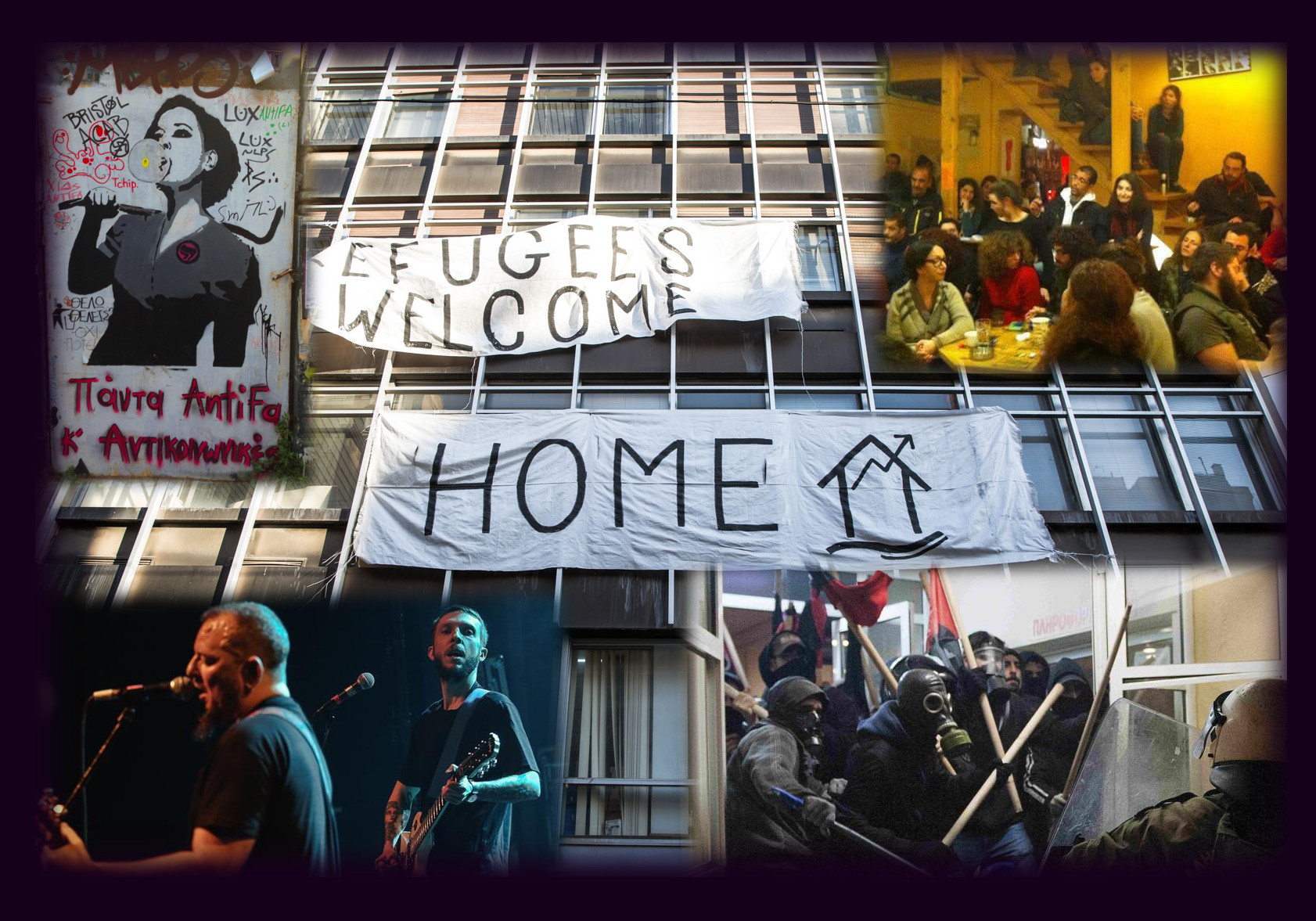 The famous rebel and solidarity district of Athens is completely surrounded by huge police forces: many riot police buses (MAT), anti-Terrorism Police (OPKE), motor bike policemen (Dias), members of the secret police as well as a helicopter and several drones. 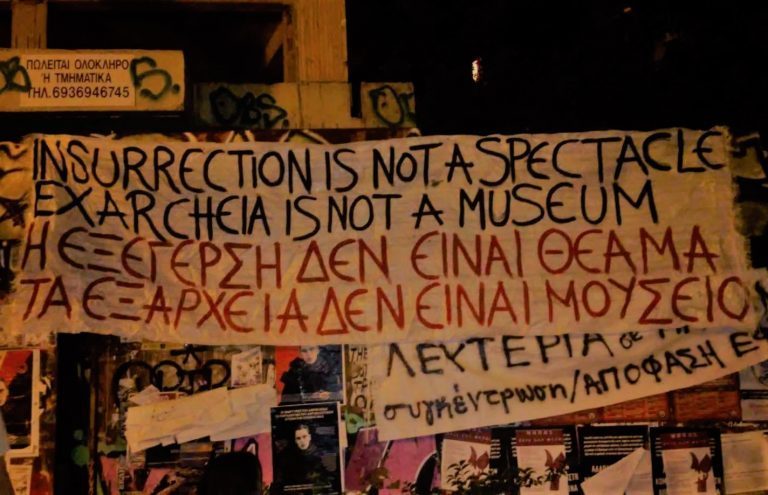 Unique place in Europe for its high concentration of squats and other self-managed spaces, but also for its resistance against repression and solidarity with the precarious and migrants, Exarchia has been in major focus of the right government since its election on July 7th. The new right Prime Minister Kiriakos Mitsotakis had made it a personal matter, especially since he had been mocked in early August for not having achieved his goal of “cleaning Exarchia in a month” as he had announced in great pumps. 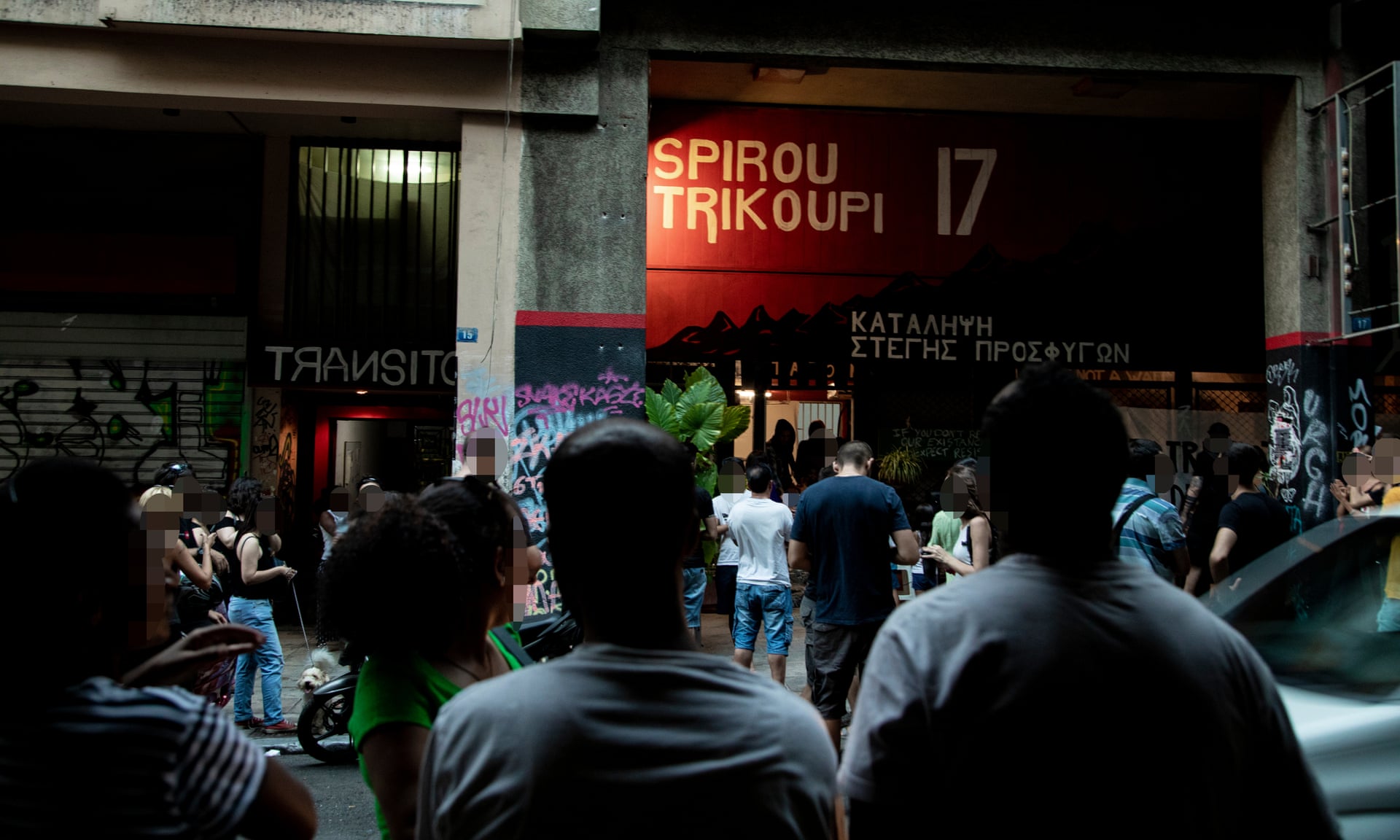 This morning, 4 squats have been evacuated: Spirou Trikoupi 17, Transito, Rosa de fuego and Gare. The offensive is for now the northwest part of the neighborhood, with the remarkable exception of the squat Nottara 26, known to be best kept and very important symbol for the neighborhood as the first historic squat of the “refugee crisis” in the center City of Athens.

We are currently counting about a hundred arrest, as well as brutal attacks against people trying to film.

In total, there are 23 squats in Exarchia plus 26 others around the neighborhood, which is a total of 49 focused on a small area. 49 squats to which you need to add other types of self-managed places, some of them for rent (Free Social Space Nosotros, free shop Skoros, etc) as well as dozens of private housing groups of activists, often near the terraces to allow access over the streets. 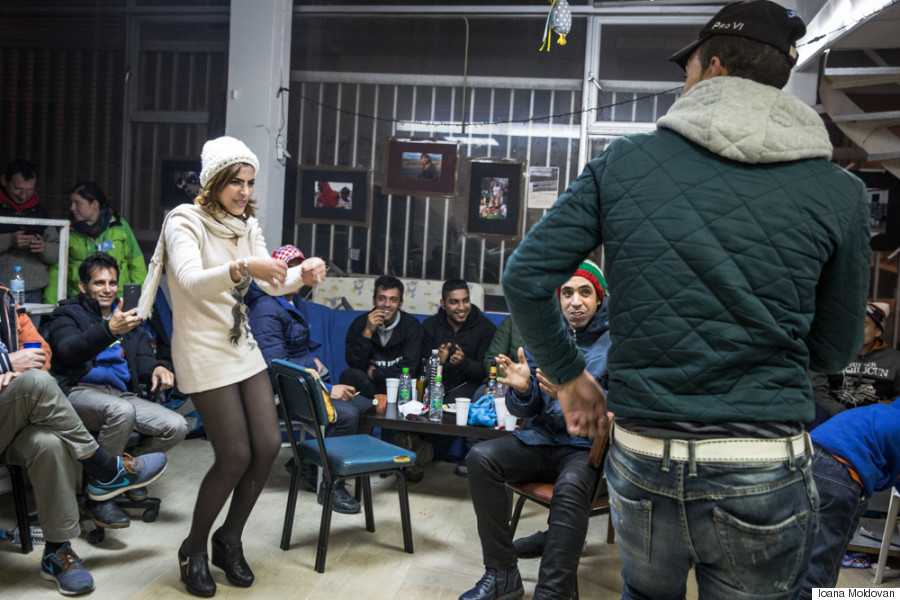 Of the squats that is officially inside Exarchia, 12 are accommodation squats for refugees and migrant and the other 11 are squats of political anarchist, autonomous groups anarchists. Most refugee squats are also of course very political as they are organized through horizontal assemblies where the refugees can take their lives to their own hands and organize their every day decisions equally and in solidarity of each other and every one of them. Nottara 26, 5th High School of Exarchia and Spirou Trikoupi 17 have a lot of links with the rest of the social movement and international solidarity support. 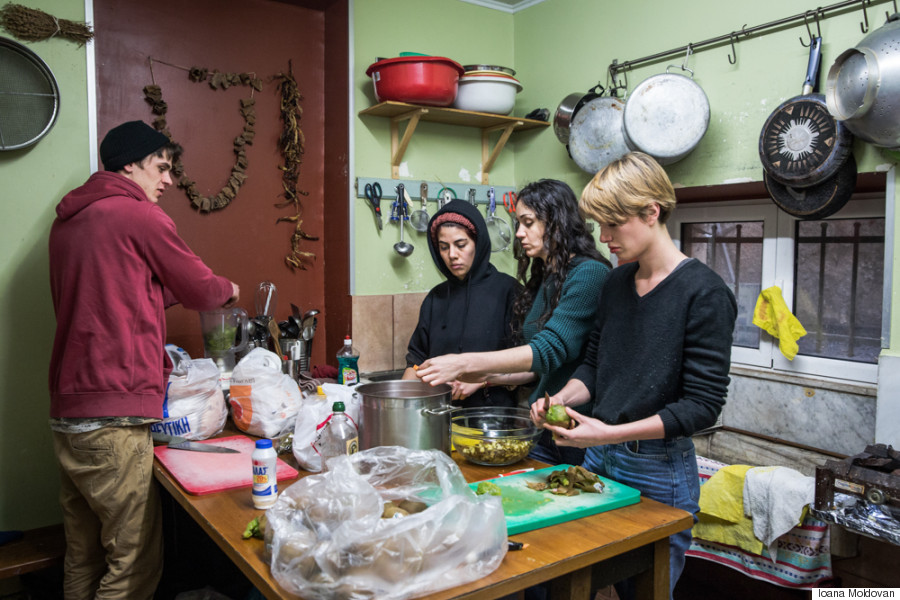 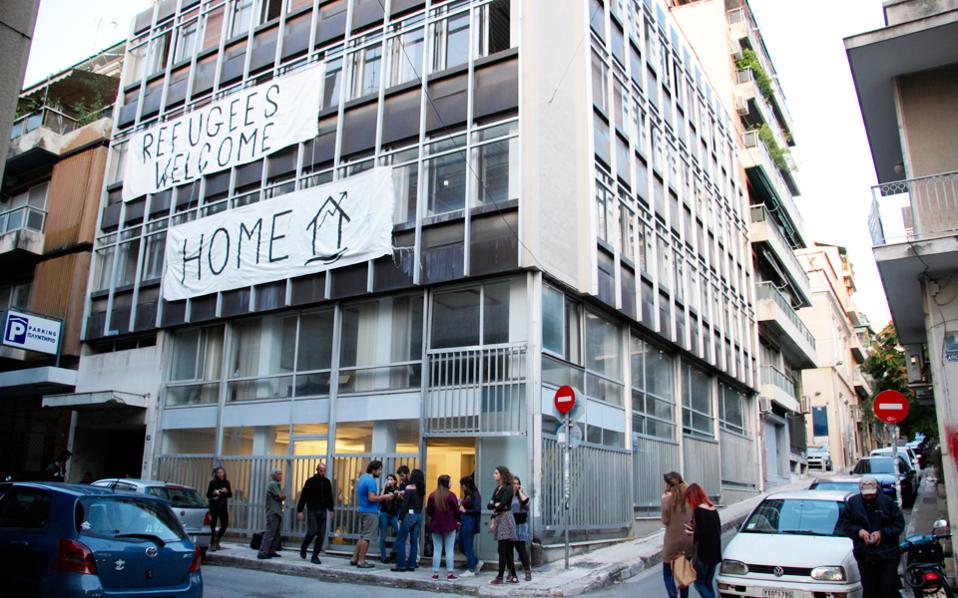 In the squats of Spirou Trikoupi 17 and Transito, that the jacks of power now attack and destroy, more than a dozen children have been ripped away from a peaceful and happy existence to be suddenly sent to camps. The sinister and overcrowded camps, where the migrants they are poorly fed and suffer from temperature variations. New Prime Minister of Greece Kiriakos Mitsotakis requires that all refugees will be well closed in concentration camps and completely cut off from the rest of the society. 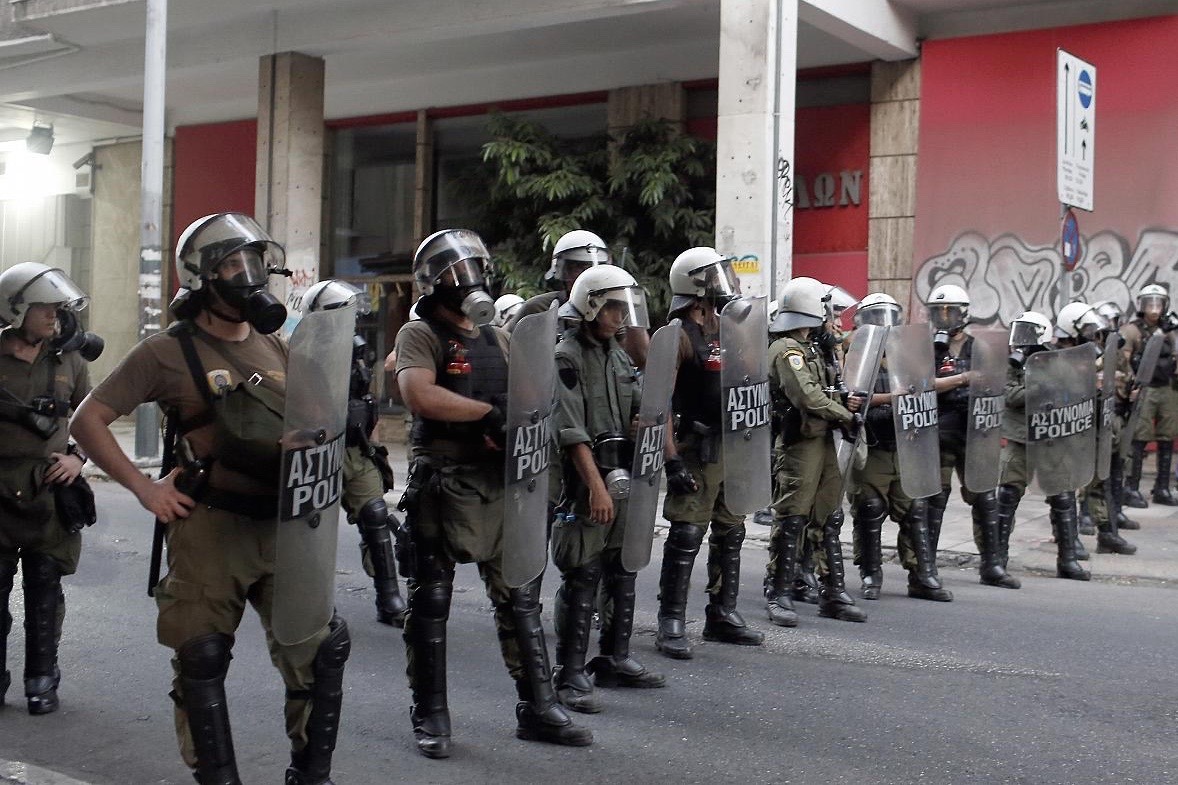 The face of Europe keeps getting hard like what is also happening elsewhere. This ever more authoritarian evolution of capitalism leads to questions about what the current era announces: attacks against the pockets of utopia combined with the confinement of the emissaries reminds of the dark hours of history.

The whole world becomes fascist and Greece is, once again, one of the laboratories.

But nothing is over.

August ends. The social movement is gathering and organizing again. Places like the Nottara 26 and the K*VOX ARE UNDER HIGH surveillance. Responses are getting ready, as well as several major mobilizing events. Autumn will be hot in Athens. 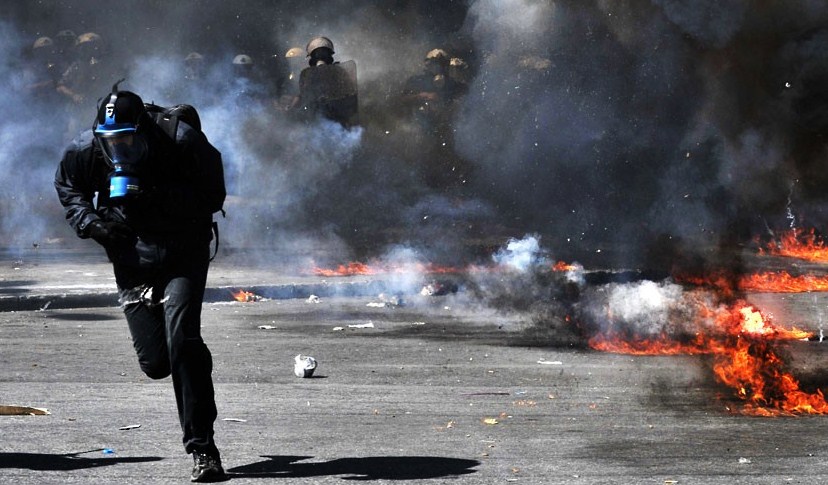 PS: PLEASE republish this article. We are counting on your own reports and photos as these news to go international. Please protest infront of the places representing the Greek state in your country in defense of Exarchia. Solidarity is our weapon. 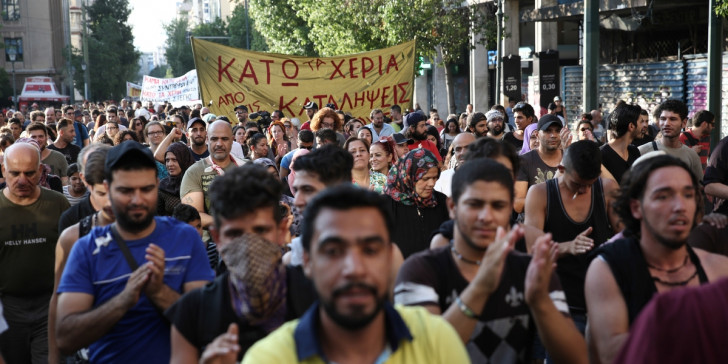 The response of the movement was immediate with a demo organised spontaneously in the neighborhood. Talks and assemblies are taking place organizing the next steps of resistance. Also 3 days of self-organized concerts in defense of the neighborhood will take place in Exarchia square from 29/8 to 1/9- more info: https://www.facebook.com/events/728132344308674/

Two parallel stories are escalating in the Greek news these days. Both are of historical significance,