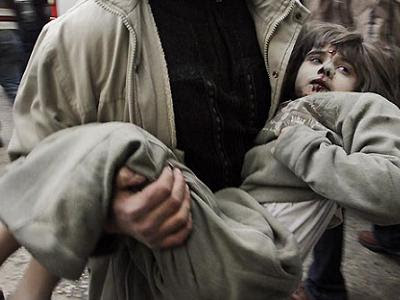 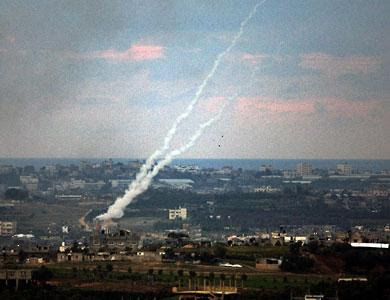 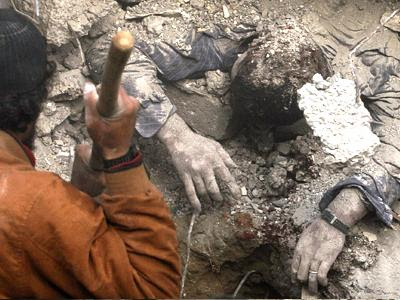 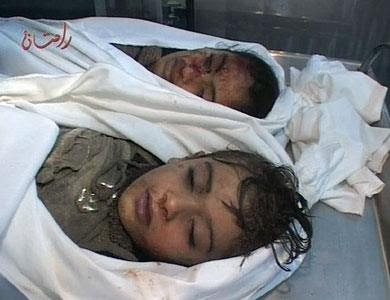 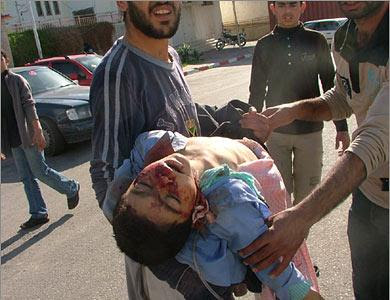 There is no point in preparing an introduction to this article. Why waste words on compositional niceties when the only thing I can offer is that I’m at a total loss. There are no words or expressions that could ever fully explain what I and other Palestinians are feeling at this moment in time. Since Saturday afternoon, most of us here have been glued to the television, mutely taking in details of the latest bombed target and watching horrific footage of bloodied men, women and children, body parts strewn about, and people offering last minute prayers in the rubble of their homes because they think they’re about to die. The hospital scenes offer no consolation, as doctors and nurses wearing bloodied scrubs attempt to aid the injured, knowing full well that they do not have the medical supplies to do so effectively.

Rage, disgust, impotence, disbelief… these are just a few of the feelings swirling around in our hearts and minds for the moment. Those feelings are not just addressed to Israel, but to the international community as well. The UN gathered in an emergency session to issue yet another lukewarm resolution calling on all sides to stop the fighting. Of course, the resolution was missing what should have been a key component, condemnation of Israel’s actions. There was no mention of an excessive use of force, no mention of Israel’s responsibilities as an occupying power. The US and the UK did not even bother to demand a halt to the violence, instead merely requesting that Israel try to avoid racking up civilian casualties. Israel hasn’t even acquiesced to that request, and how could they? Gaza is one of the most densely populated areas in the world. There are no wide expanses of land. Houses are built on top of each other. Government buildings and police stations are nestled in and amongst residential neighborhoods. It would be like trying to pluck out one card from beneath a house of cards, and expecting the whole structure to stay intact. Besides, Israel is not merely targeting government buildings and security compounds as first thought. Looking at the latest reports, Israel has bombed the Gaza port, a local university campus, an Olympic committee building, greenhouses, a school, homes, parked cars, mosques, prisons (full of prisoners), a graduation ceremony for traffic police, and medical storehouses. And still the bombing continues.

Alas, Israel knows it can get away with this latest massacre unscathed, just as it did in Lebanon in 2006. Israel has bombed UN refuges full of women and children (the Qana shelling, 1996) and killed UN observers with precision-guided weapons (Khiyam, Lebanon, 2006), yet still it goes about as a respected member of the world community. Surely no other country would ever be afforded such impunity.

The terrible irony of this latest catastrophe is that this whole situation is of Israel’s making, the consequence of one of their many failed experiments in dealing with the Palestinian people. When Hamas first emerged in 1987, it was formed from various Islamic charities based in the Palestinian territories with links to the Muslim Brotherhood, the Islamist movement born in Egypt in the 1920s. Israel allowed these Islamic charities to gain strength in Palestinian areas, hoping that they would counter the influence of secular Palestinian resistance movements. Sheikh Ahmed Yassin, the wheelchair-bound spiritual leader of Hamas who was assassinated by Israel in 2004, formed Hamas as the military wing of his group the Islamic Association, an association recognized and approved by Israel ten years earlier. Throughout the 1980s, Israel played a significant role in encouraging Hamas’s emergence in the belief that such an Islamist group might help fracture support for the Fatah movement.

There was a point in history when Fatah was the target of Israel’s wrath. For forty years, Fatah, a reverse acronym of the Arabic title Harakat al-Tahrir al-Watani al-Filastini, which translates as the Palestinian National Liberation Movement, was the bane of Israel’s existence (especially during the first Intifada). As such, Israel and its Shin Bet secret service went to great lengths to set the popular, secular, and more moderate Fatah party against Islamic movements in the hopes of weakening it. In the aptly named book, “Devil’s Game” by Robert Dreyfuss, a senior analyst for the CIA, Martha Kessler, was quoted as saying, “[We] saw Israel cultivate Islam as a counterweight to Palestinian nationalism.” Dreyfuss also quotes Philip Wilcox, a former US ambassador who headed the US consulate in Jerusalem, who said, “There were consistent rumors that Israeli secret service [Shin Bet] gave covert support to Hamas, because they were seen as rivals to the PLO.” Like the US and the UK before it, Israel never learned the lesson that the ‘my enemy’s enemy is my friend’ policy often tends to backfire.

As we all know, Israel abandoned its plan of clandestine support for Hamas, recognizing the PLO, of which Fatah was the largest party, as the legitimate representative of the Palestinian people in 1993. However, Hamas would not disappear, and was democratically elected to power in 2006. Now Gazans are caught up in Israel’s latest attempt to destroy Hamas, paying the price of Israel’s mistake with their own lives.

Israel can cite all it wants as justification for this latest attack – the 300 plus rockets that have been fired into Israel and the one resulting Israeli fatality; the ‘terror’ of living within the range of homemade rockets; the destruction of Hamas. But nothing can excuse the murder of more than 310 Palestinians (and counting) and the injuring of nearly 1,600 more in just two days. Well-informed Israeli analysts conceded yesterday that contrary to the belief that Israel had simply run out of patience vis-à-vis the rocket-firing, Operation Cast Lead has been in the planning stages for some six months, starting right around the time the Hamas-Israel ceasefire was first declared. What a coincidence…

Who knows what Israel plans to do next? With 6,500 reservists on call, some claim Israel will deploy ground forces to search for further ‘rocket production and storage facilities’. Others argue that Israel will not risk its troops coming across the wrath of very motivated, though lightly armed Palestinian fighters. One thing is for sure though. While Israel may succeed in destroying Hamas’s infrastructure and Gazan homes, the reasons and motivations for heeding Hamas’s call have only been strengthened. In addition, the Palestinian negotiating team announced a freeze in ‘peace’ talks while Israeli airstrikes continue, conceding to numerous demands from Palestinians and Arabs that President Mahmoud Abbas halt all contact with Israel for the moment. “There are no negotiations and there is no way there could be negotiations while there are attacks against us,” chief Palestinian negotiator Ahmed Qureia told reporters.

the article appeared in

for photo gallery of the massacre in Gaza:

Palestine doesn’t get to have a 9/11 by Justin PodurIn September 2001, a group of terrorists