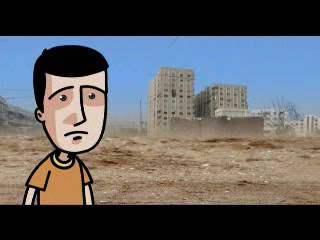 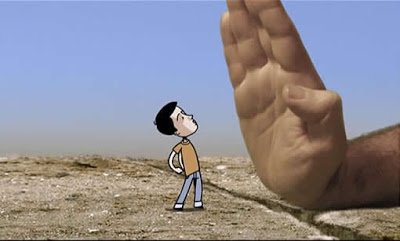 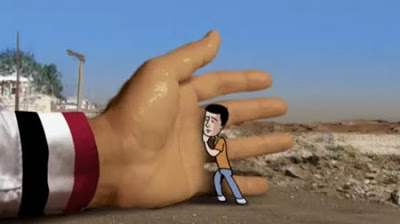 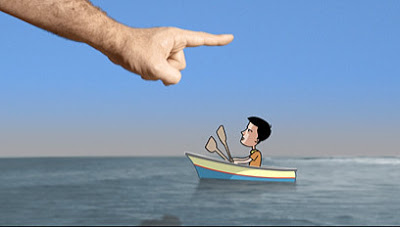 Yoni Goodman, one of the creators of “Waltz with Bashir”, which won a Golden Globe and was nominated for an Academy Award, today launched a new animated short film entitled “Closed Zone”. He created the short for “Gisha – Legal Center for Freedom of Movement”.

The 90-second film mixes animation with realistic shots to depict the closure imposed on the Gaza Strip by Israel for more than 1.5 years. Through a single character, Goodman seeks to evoke the empathy of viewers and get them to see the residents of Gaza for who they really are – a million and a half human beings who are being prevented from pursuing their aspirations because of restrictions on their movement. you can see the film and more info about it in:
http://www.closedzone.com/

Despite declarations that it has “disengaged” from the Gaza Strip, Israel maintains control of the Strip’s overland border crossings, territorial waters, and air space. This includes substantial, albeit indirect, control of the Rafah Crossing.
During the past 18 months, Israel tightened its closure of Gaza, almost completely restricting the passage of goods and people both to and from the Strip.
These policies punish innocent civilians with the goal of exerting pressure on the Hamas government, violating the rights of 1.5 million people who seek only to live ordinary lives – to be reunited with family, to pursue higher education, to receive quality medical treatment, and to earn a living.
The effects of the closure were particularly harsh during the military operation of Dec. 2008 – Jan. 2009. For three weeks, Gaza residents had nowhere to flee to escape the bombing.
Gisha – Legal Center for Freedom of Movement calls on the State of Israel to fully open Gaza’s crossings and to allow the real victims of the closure – 1.5 million human beings – the freedom of movement necessary to realize their dreams and aspirations.

According to Yoni Goodman: “It was important to me to create a human figure to whom everyone can relate. I hope that when people watch the short, they will be able to detach themselves from their automatic associations of good and evil”.
He began working on the short before the start of the military operation in Gaza, but the conflict eventually had a major impact on the film. Yoni needed to emphasize in the screenplay, as well as in the artistic design, the fact that Gaza residents literally have nowhere to run – even when their lives are at stake.
According to Sari Bashi, Gisha Director: “The unusual choice of animation as a medium is intended to help viewers understand who the real victims of the closure policy are – 1.5 million people who just want to live their lives”.
Gisha is a human rights organization which defends the right to freedom of movement of Palestinians through legal and public advocacy.
Over the past 20 months, Israel has tightened its closure of the Gaza Strip, almost completely restricting the passage of goods and people both to and from the Strip. These policies, which punish innocent civilians with the goal of exerting pressure on the Hamas government, violate Gaza residents’ freedom of movement, which is a basic precondition for their ability to exercise other basic rights.
Gisha calls on the State of Israel to fully open the Gaza Strip’s crossings and to allow Gaza residents the freedom of movement necessary to pursue their dreams.

you can see the film and more info about it in:
http://www.closedzone.com/