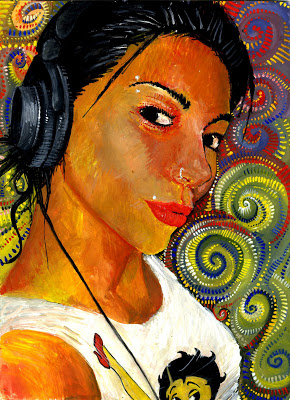 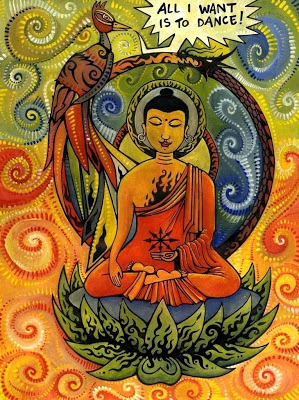 Void Network proudly publishes the essay “Trance Dance / Ritual and Belief” by the Anthropologist Phd. Panagiotis Papadimitropoulos. The essay is a part of the book “Sonic Resistance” that is under construction by the Voidness Publications and will be published in next months in Greek language, edited by Tasos Sagris featuring essays by George Samantas, Panagiotis Papadimitopoulos, Yiannis Raouzeos, Tasos Sagris and others, about dance youth culture and the history of rave underground resistance in Greece and other countries The artwork of the post is created by Fotis Kouzinos

Theoretical research and practical fieldwork in various traditional societies around the globe have demonstrated that dance, as a purposeful and intentionally rhythmical patterned activity that derives from music, is often related to trance, that is states of mind in which ordinary conscious awareness is usually partly and temporarily suspended.
More important is the fact that in such animistic societies as those of Western Africa trance states are institutionalized and form a part of the religious life of the people so concerned. There, it appears that trance – induced naturally or chemically with certain drugs – is related to possession by spirits and deities, and thus is an instrument of ritualistic and religious importance because it provides the basis of experiencing the ‘sacred’ or the ‘supernatural’.
In other words, through listening to music and dancing a qualitative change occurs in the minds of individuals that facilitates what they perceive as a religious or transcendental experience. In a different cultural context, that is in a modern Western one, usually (but not always) young people, members of what sociologists label countercultural groups, have for the last fifteen years used to gather in large numbers – ideally outdoors – and dance passionately for many hours under the sounds of extremely loud repetitive electronic music, often under the influence of drugs. Such musical activities are known as ‘raves’.
At first glance, what people do in raves seems to be quite unrelated to what people do in trance states in traditional societies mainly because the formers’ goal is entertainment whereas the latters’ aim is religious in character, and is guided by a structure of custom.
On a closer look, however, scientific evidence suggests that certain special qualities of both the sound and the drugs can produce perceptual changes, and thus may facilitate an encounter with the transcendental.

read all essay in:
http://docs.google.com/Doc?docid=0AU-skI5gY6flZGQ5OXAzcjVfMTVnOTY4bThjdw&hl=en