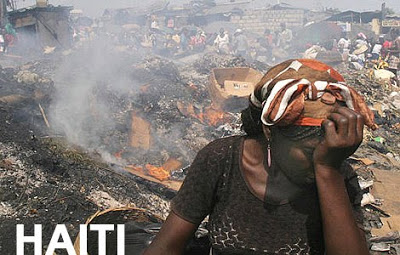 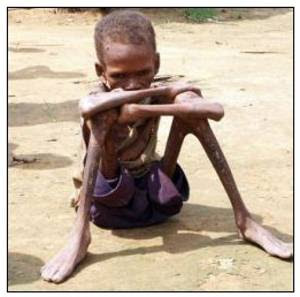 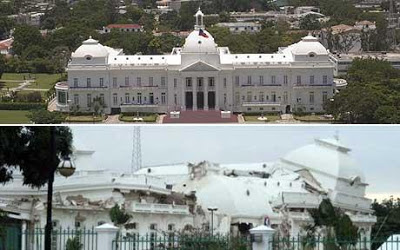 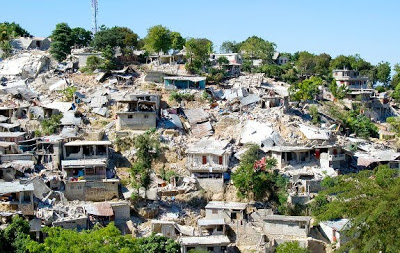 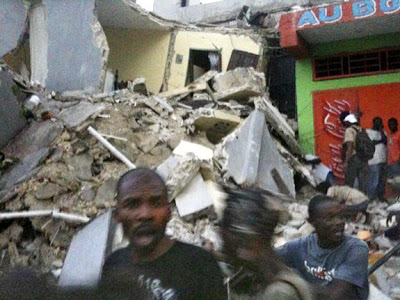 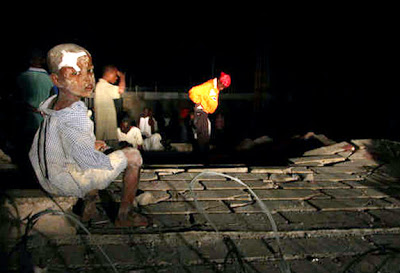 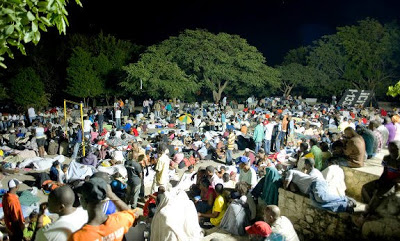 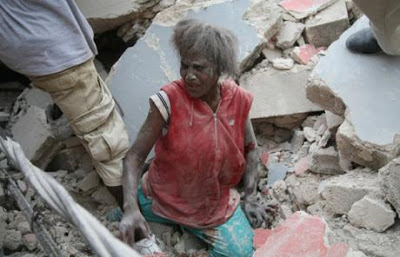 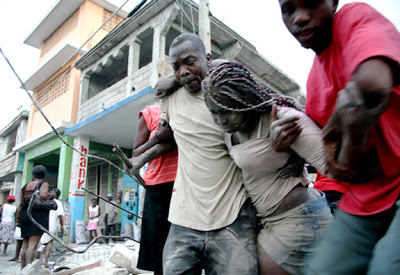 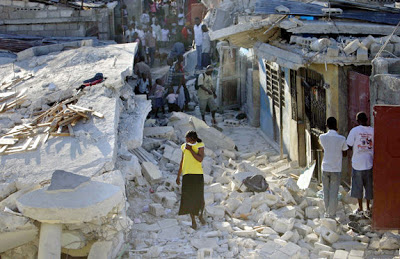 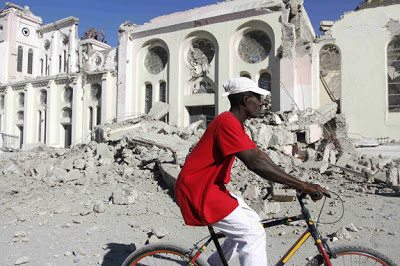 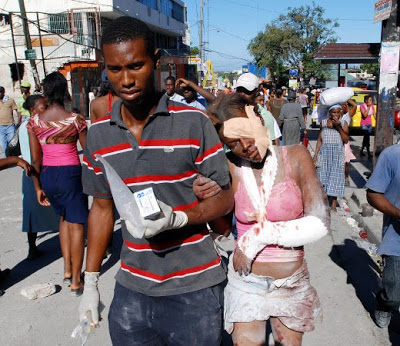 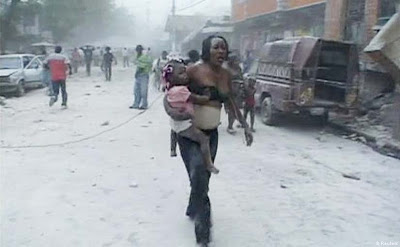 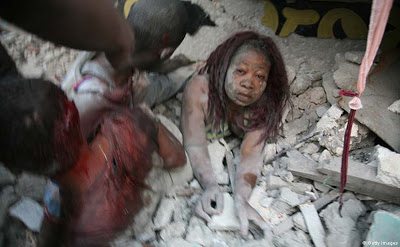 REMEMBER WHEN WE TALKED ABOUT IMPERIALISM???

The following is from True/Slant.

The same message is resonating from all corners of the Internet: Poor Haiti. That little, miserable island just can’t catch a break, can it? Yes, thousands are feared dead, and the pictures coming in from Haiti are heartbreaking, but no one can be blamed for an earthquake.

And sure, Haiti is the poorest nation in the northern hemisphere (more than half the population of 9 million lives on less than $.50 cents a day,) which explains the construction of those flimsy houses that collapsed like card houses during the quake (Haiti’s ambassador calls the country’s infrastructure “among the world’s worst.”)

But this is just rotten luck, or God’s work! Surely, this is one of those things we can write off as “unlucky,” or “Shit happens.”

KT McFarland asks, what will become of those impoverished, feeble blacks Haitians when America can’t “ride to the rescue” anymore? I mean, really, when are these poor countries going to get their acts together?

In news story after news story, there are reports of Haiti’s “flimsy” shacks with no mention of why Haitians live in such extreme poverty. The impression one is left with is that these people are just inherently poor savages who don’t know how to construct decent homes for themselves (see these numerous examples of the “flimsy” line). The language almost implies Haitians deserved to be crushed during the quake. That’s what they get for living in such squalid conditions!

The media is missing a valuable opportunity to explain why Haiti is so poor. Once again, the people of this planet are receiving a hefty dose of miseducation. They are learning that Haiti is simply a poor country where bad things happen all the time. In reality, the country has a rich, fascinating story, but unfortunately its history is also dominated by western exploitation.

Haiti was the first country in the Americas to abolish slavery (though Napoleon later reinstated it.) Meanwhile, the western world scorned the tiny island. Thomas Jefferson, that famous slave owner and champion of liberty, warned Haiti had created a bad example during its revolution, and argued it was necessary to “confine the plague to the island.”

Haiti was not born poor, but rather saddled with debt, first by the French and now by the United States. When the slaves fought for their independence in 1804, and won, the French punished them by demanding payment for damages (the equivalent of $21.7 billion in today’s dollars, or forty-four times Haiti’s current yearly budget, according to journalist Eduardo Galeano). Even as they began to pay that debt, France was the only country to recognize the newly independent Haiti, the country that transformed from a slave colony to an invisible, autonomous society. Yet, Haiti was never really free. No indebted country is ever free as debt takes the place of shackles.

The United States began its occupation of Haiti in 1915 when Woodrow Wilson sent 330 U.S. Marines to Port-au-Prince. The reason for the invasion, according to the Secretary of the Navy, Admiral William Deville Bundy, was to “protect American and foreign” interests. Of course, the public was told the purpose of the mission was to “re-establish peace and order.” Sound familiar? Galeano writes:

The occupying army suspended the salary of the Haitian president until he agreed to sign off on the liquidation of the Bank of the Nation, which became a branch of City Bank of New York. The president and other blacks were barred entry into the private hotels, restaurants, and clubs of the foreign occupying power. The occupiers didn’t dare reestablish slavery, but they did impose forced labor for the building of public works. And they killed a lot of people. It wasn’t easy to quell the fires of resistance.

The guerrilla chief, Charlemagne Peralte, was exhibited in the public square, crucified on a door to teach the people a lesson.

And those were the acts of Marines, the civilized people.

When the occupiers left in 1934, they left behind a National Guard that they had created, and the ruler François Duvalier, who Galeano compared to such tyrants as Trujillo and Somoza. Duvalier was responsible for the deaths of around 30,000 people and the exile of thousands more. In 1971, Duvalier died and his son became ruler. In 1986, the son, Jean-Claude Duvalier, was overthrown in a popular uprising.

Jean-Bertrand Aristide, the rebel priest, and enemy of the World Bank and International Monetary Fund, became president in 1991. He only lasted a few months before

the U.S. government helped to oust him, brought him to the United States, subjected him to Washington’s treatment, and then sent him back a few years later, in the arms of Marines, to resume his post. Then once again, in 2004, the U.S. helped to remove him from power, and yet again there was killing. And yet again the Marines came back, as they always seem to, like the flu.

Worse than the destruction of ongoing occupation, however, was the “help” Haiti received from The World Bank (the pet project of the United States,) and IMF. Haiti obeyed all orders from its financial overlords. It slashed tariffs and subsidies, and other protectionist policies, and yet its credit was frozen. The majority, rice farmers, became beggars. Now, Haiti imports rice from the United States since national production has practically been outlawed.

Back in 2003, Marie Clarke, National Coordinator of the Jubilee USA Network, wrote

Creditors are denying Haiti new loans and desperately needed humanitarian aid. They claim that this is because the current government cannot service its debt. Because debt payments must be made in the form of foreign capital and Haiti has only two weeks’ reserve in their central bank, it cannot service its debt. Jubilee USA and Jubilee Haiti argue that the debt is illegitimate and should not be serviced at all. Forty percent of Haiti’s current debt was accrued by the dictator Duvalier. According to international law, this debt is odious as it was a debt incurred in the name of the people but has not served the interest of the people. The people of Haiti have been handed a bill for their oppression.

Because Haitians were saddled with the debt of a dictator installed by the west, they are kept in perpetual poverty.

The dangers of this forced poverty policy were extremely clear. Clarke wrote in 2004:

Haiti’s loans from the 1994 reconstruction aid package will come due this year, doubling the country’s debt service payments. Before entering into new loan agreements, the best way that the donor community can start to assist in Haiti’s development is to release desperately needed resources by canceling Haiti’s odious debts. The pending loans are odious debt in the making. There are no guarantees that these funds will benefit the Haitian people. Creditors should heed the example of Iraq; they can not expect the Haitian people to repay these loans in the future.

And in 2009, $1.2 billion (2/3 of Haiti’s overall debt) was cancelled, which some saw as cause for celebration, but others realized the debt cancellation could only partly begin to right the wrongs of the past. Now that a large portion of the debt was gone, how could Haiti hope to begin to rebuild its economy and infrastructure? Instead of focusing on national production, the Haiti government seems determined to focus on the export sector. Haiti, like the west, is being told the cure to all her woes is the free market:

[A] few months ago UN secretary-general Ban Ki-moon and British economist Paul Collier made yet another proposal for international aid to fund garment assembly production in new Free Trade Zones.

Indeed, Corinne Delechat, IMF mission chief for Haiti, commenting on the debt cancellation, told Reuters that Haiti is a ‘land of opportunity if you’re an entrepreneur and an investor,” adding, “It is a golden moment for Haiti to start investing in export capacity, particularly in textiles.”

So therein lies the answer to why Haiti is so poor, and why so many citizens laid huddled in those paper shacks that immediately collapsed during the quake.

The media doesn’t like to focus on the details of Haiti as a rule. It pretty much ignored the 2008 floods from Hurricane Hanna that killed at least 537 people, and the ongoing food shortages. That could be because we have a superficial, shallow media that finds such suffering boring, or it could be because examining Haiti’s plights forces the US to uncomfortably self-examine its policies and history. Or maybe it’s because Haiti disturbs Americans at an almost subconscious level: horrific environmental disasters, food shortages, civil unrest. It’s a little like looking into a mirror that shows the future.

As for positive policy changes that could benefit Haiti and the US, I like Juan Cole’s idea of asking Goldman Sachs, Morgan Stanley and JPMorgan Chase CEOs to donate some of their $47 million in combined bonuses to Haiti.

The US government only puts in about $200 million a year into aid to Haiti. Although Americans tell pollsters that they think we give away too much in foreign aid, it is only about $22 billion, much less as a percentage of our national income than most advanced countries. A third of it goes to Israel and Egypt.

Instead of Congress having to borrow money to increase the aid budget to help Haiti, or raise taxes, why don’t the nice folks on Wall Street do the right thing? Just give 10 percent of their bonuses to Haiti. It might help change the public perception of them.

When pigs fly, right? In the meantime, you’re nice people, so give what you can to the people of Haiti.