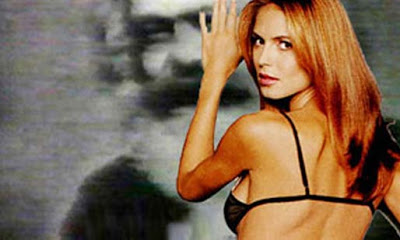 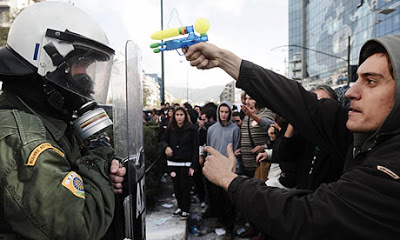 The Joy of Revolution

The Joy of Revolution is a part of a 400 pages book from American situationist Ken Knabb called Public Secrets. Public Secrets include the greatest hits, and a fine read for anyone interested in situationist ideas, anarchism, the 60s counterculture and beyond. Includes both two substantial new texts – ‘The Joy Of Revolution’ and ‘Autobiography,’ and reprints of all his old pamphlets, co-authored work, and translations of various situationist texts. A veritable treasure trove of pamphlets, texts, posters, comics, articles, leaflets and essays. Over 400 pages, and every one is a winner!

You can read the whole book here:

http://www.bopsecrets.org/PS/
or find it here among many other Free Books:
http://2020ok.com/books/74/public-secrets-collected-skirmishes-of-ken-knabb-10174.htm

Especialy for the people don’t have enough time to read all these 400 pages we suggest the reading of The Joy of Revolution. The Joy of Revolution is an examination of the pros and cons of diverse radical tactics followed by some speculations on how a nonstate and noncapitalist postrevolutionary society might function.

Ken Knabb says “What is needed, I believe, is a worldwide participatory-democracy revolution that would abolish both capitalism and the state. This is admittedly a big order, but I’m afraid that nothing less can get to the root of our problems. It may seem absurd to talk about revolution; but all the alternatives assume the continuation of the present system, which is even more absurd.”

Abstract: Excerpt:
A radical situation is a collective awakening. At one extreme it may involve a few dozen people in a neighborhood or workplace; at the other it shades into a full-fledged revolutionary situation involving millions of people. It’s not a matter of numbers, but of open-ended public dialogue and participation. The incident at the beginning of the1964 Free Speech Movement (FSM) is a classic and particularly beautiful example. As police were about to take away an arrested civil rights activist on the university campus in Berkeley, a few students sat down in front of the police car; within a few minutes hundreds of others spontaneously followed their example, surrounding the car so it could not move. For the next 32 hours the car roof was turned into a platform for freewheeling debate. The May 1968 occupation of the Sorbonne created an even more radical situation by drawing in much of the nonstudent Parisian population; the workers’ occupation of factories throughout France then turned it into a revolutionary situation. In such situations people become much more open to new perspectives, readier to question previous assumptions, quicker to see through the usual cons. Every day some people go through experiences that lead them to question the meaning of their lives; but during a radical situation practically everyone does so all at once. When the machine grinds to a halt, the cogs themselves begin wondering about their function. Bosses are ridiculed. Orders are ignored. Separations are broken down. Personal problems are transformed into public issues; public issues that seemed distant and abstract become immediate practical matters. The old order is analyzed, criticized, satirized. People learn more about society in a week than in years of academic “social studies” or leftist “consciousness raising.” Long repressed experiences are revived. Everything seems possible — and much more is possible. People can hardly believe what they used to put up with in “the old days.” Even if the outcome is uncertain, the experience is often seen as worthwhile for its own sake. …

“Those who make revolutions half way only dig their own graves.” A revolutionary movement cannot attain some local victory and then expect to peacefully coexist with the system until it’s ready to try for a little more. All existing powers will put aside their differences in order to destroy any truly radical popular movement before it spreads. If they can’t crush it militarily, they’ll strangle it economically (national economies are now so globally interdependent that no country would be immune from such pressure). The only way to defend a revolution is to extend it, both qualitatively and geographically. The only guarantee against internal reaction is the most radical liberation of every aspect of life. The only guarantee against external intervention is the most rapid internationalization of the struggle. The most profound expression of internationalist solidarity is, of course, to make a parallel revolution in one’s own country (1848, 1917-1920, 1968). Short of this, the most urgent task is at least to prevent counterrevolutionary intervention from one’s own country, as when British workers pressured their government not to support the slave states during the American Civil War (even though this meant greater unemployment due to lack of cotton imports); or when Western workers struck and mutinied against their governments’ attempts to support the reactionary forces during the civil war following the Russian revolution; or when people in Europe and America opposed their countries’ repression of anticolonial revolts.