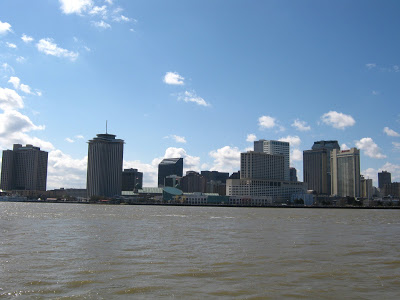 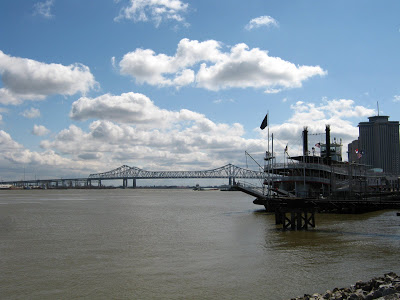 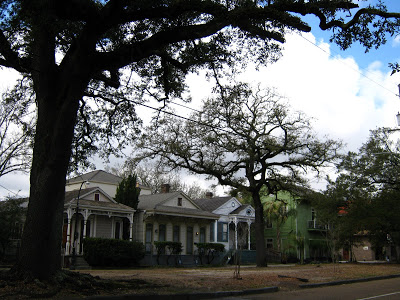 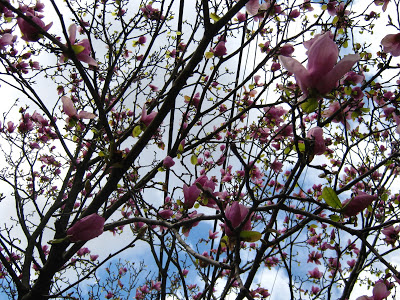 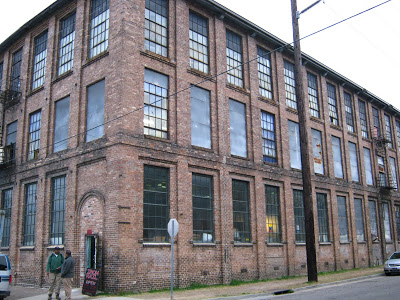 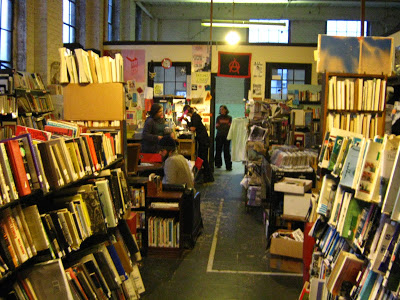 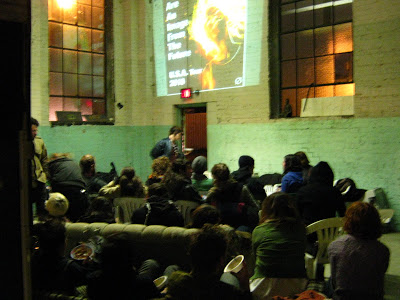 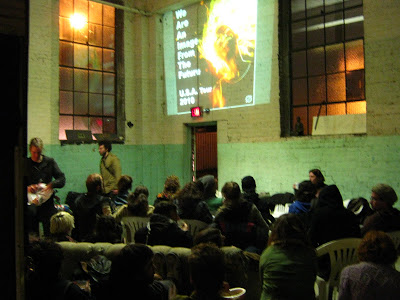 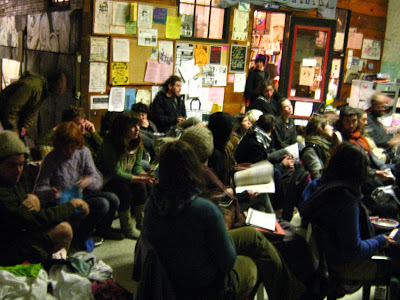 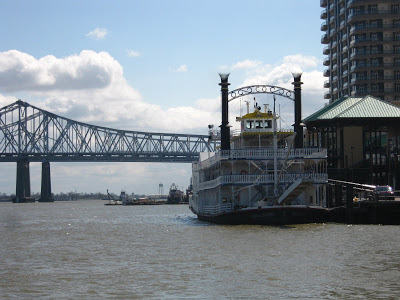 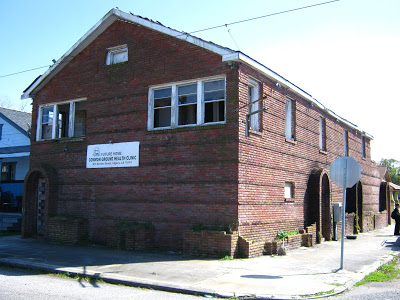 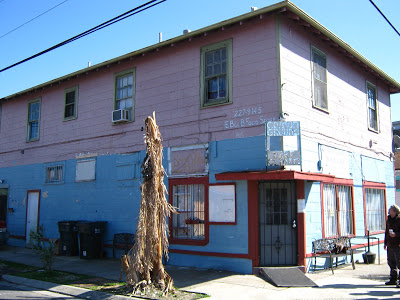 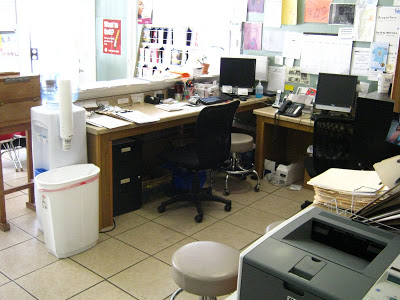 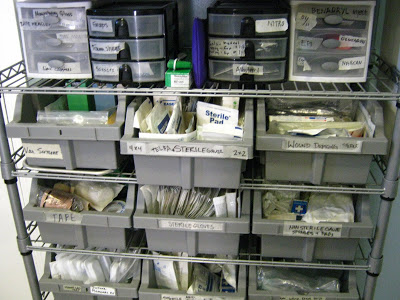 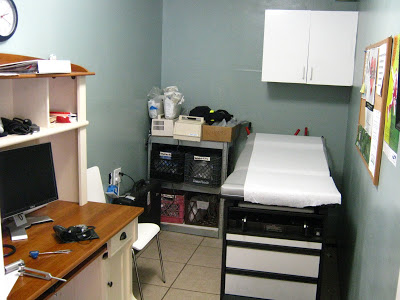 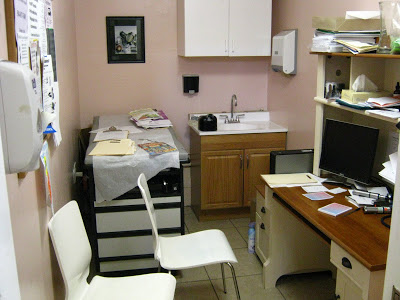 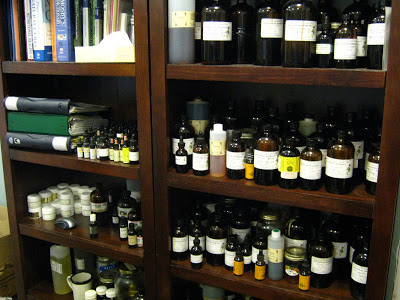 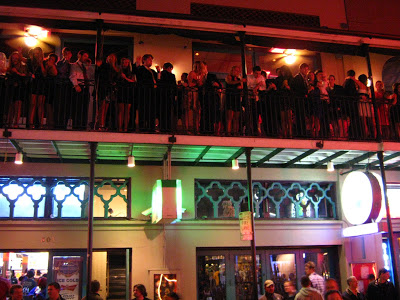 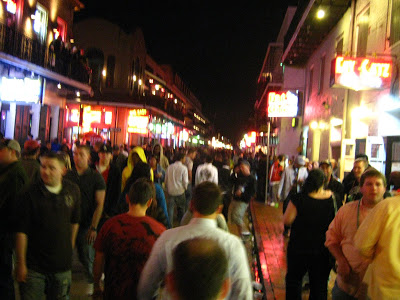 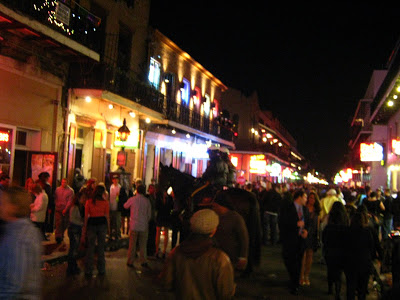 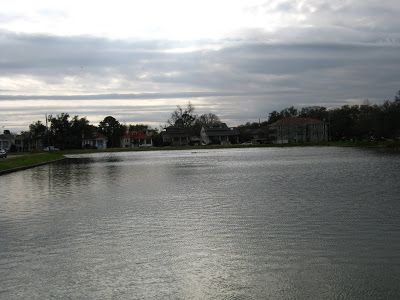 New Orleans is a different city after the destruction of the hurricane Katrina… It seems that people feeling closer one to each other, the feeling of walking downtown is great, there is a social base for creation of movement in New Orleans. The main problem is that most of the young organizers and activists are transient to New Orleans, people come and go all the time, so many ideas, visions and efforts stay incomplete and limited. The local community of activists and political aware people is small and few of them are rooted in the problems, the wishes and the struggles of New Orleans society. There is a great potential in the society of the city and we hope many new projects will appear soon that will offer many chances for participation in local projects.

Among them the bookshop Iron Rail that accomodated our talk is the center of the anarchist movement of New Orleans. The talk attracted most of the activists of the city in the packed, warm and friendly hall for public events of Iron Rail. It was an open public dialogue about Greek insurrection, about mutual aid and also a meeting of all movements of the city with Greek comrades sharing stories, ideas and strategies.
The anarchist movement of New Orleans became world known after the great voluntary humanitarian aid & medical help that offered to thousands of people during hurricane Katrina destruction, with the participation of hundreds of Anarchists from all areas of America. From the first days of the destruction until today the anarchist self-organized community hospital Common Ground Health Clinic works as a community space for free medical aid against racism, poverty and social inequality. Common Ground Health Clinic is a place of “Solidarity, Not Charity” organizing among many other programmes community garden and copwatch against police brutality. We took a very interesting video inteview with some of the activists of Common Ground Health Clinic that will appear soon at the Void Network Channel
For more info about New Orleans social struggles http://neworleans.indymedia.org/
Also, Beehive Design Collective, one of the most interesting visual art projects of U.S.A. are working now in New Orleans their new project…You can see their work and ideas here:http://www.beehivecollective.org/
New Orleans nightlife vibrates whisky, jazz and sex… Burbon str. full of tourists, prostitutes and drunk young girls and boys have an atmosphere of old times in New Orleans, even though is conquared by the alienation of entertainment industry. Frenchman str., all these old bars, in every bar a different band performing, so many styles of music, poets writing poems in the streets and transexuals, lovers and wild boys wondering around in Gay bookshops, striptiz clubs and piratik bars 200 years old… New Orleans floats on Missisipi… Late at night the full moon travels over the city and you hear the tones of an old trumpet breaking the silence….
Tags: new orleans Common Ground Health Clinic We are an Image from the future Community solidarity