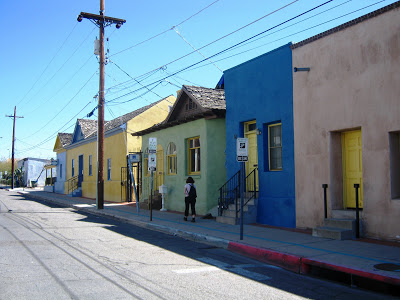 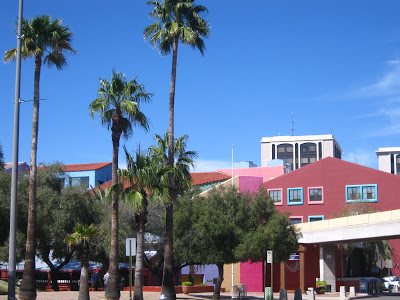 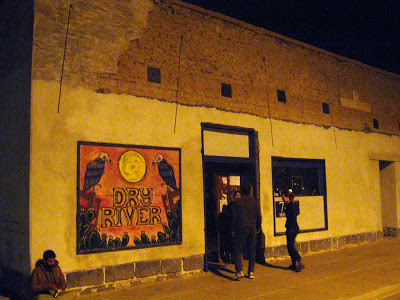 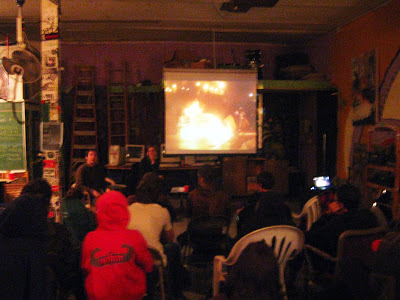 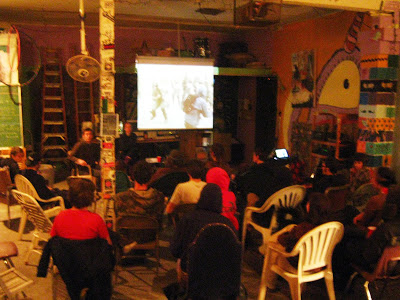 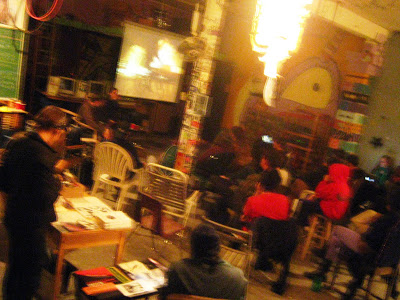 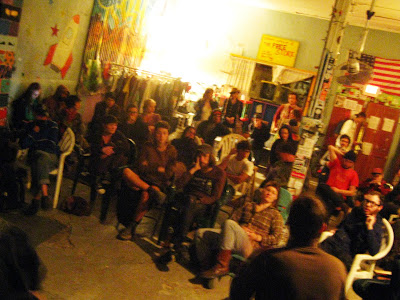 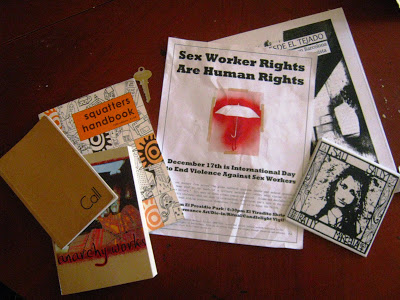 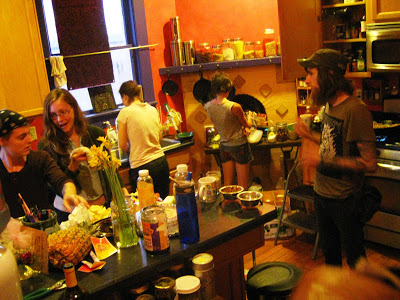 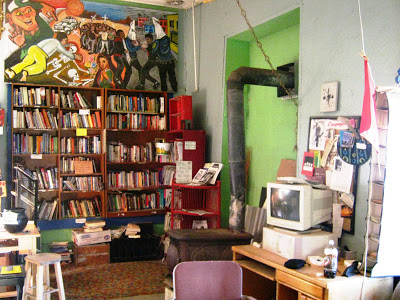 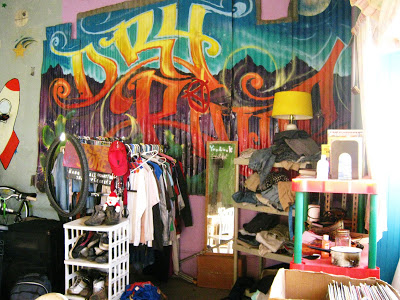 Tucson is one of the most beautiful areas of America, the land of O’Odham Tribe. The local anarchist community that organized our talks there were amazing. Beautiful, friendly and wise anarchists. Most of the people of the collective house that we stayed were participating on the No More Deaths organization that offers humanitarian aid to the immigrants trying to pass through the desert on the U.S.A.-Mexican borders, an amazingly dangerous work that bring them on the highest limits of the radical anarchist humanitarian movement of this world.
[read about: http://www.nomoredeaths.org/]. Many other groups that participated to our event in Tucson offered us a great knowledge of the local immigrants struggle, about the assassinations on the borders, the problems of Native American Tribes, the creation of links between American anarchists and Native American Tribes, the solidarity work, the dangerous actions, the fight against the police, the arrests, the never ending struggle for emancipation, for dignity, for freedom. You can follow the links of this post to understand the ideas, the efforts and the visions which are cultivated in the anarchist movement of Tucson area.
The talk of the We Are An Image From The Future U.S.A. Tour 2010 took place at the long time running social center Dry River, a wonderful huge venue for assemblies, workshops, infoshop, concerts, parties and every kind of social, political  and cultural work in Tucson [http://dryriver.org/]. Another importnat project of the town is also the piratik undergound radio station  Free Radio Chuk Shon [http://freeradiochukshon.org/] that covers all Tucson with frequencies of resistance and insurrection and where we gave a long interview about the social struggle in Greece.
We spent a wonderful night with people from Dry River and other activists that introduced us to their projects.
We met new friends and comrades from Earth First Journal [http://www.earthfirstjournal.org], from Tierra y Libertad hip hop collective, from Taala Hoogan infoshop & Youth Media Art Center [http://www.taalahooghan.org/]. We spole also with the important collectives for decolonizing struggle and border’s destruction Survival Solidarity [http://survivalsolidarity.wordpress.com/] and O’Odham Solidarity Project [http://www.solidarity-project.org/]. If you want to understand the cultural and social destruction caused by the borders between U.S.A. & Mexico, borders with organized trafficking and drug smuggling under the control of Border’s Peatrol police sections you can read the wonderful interview of O’Odham activist Ofelia Rivas from the coletive O’Odham Voices Against The Wall : Immigration, Imperialism and Cultural Genocide.
In Dry River we saw on the walls photos of our good friend Sali Grace, an amazing person activist that we met during the Total Freedom tour in Mexico 2008 and she murdered in Oaxaca under unspecified conditions. This post is dedicated to her memory. You can read the story of her life and murder here:
The Murder of Sali Grace
Tags: Sali Grace Immigration Dry River O'Odham Against the Wall Cultural Genocide Survival Solidarity Free Radio Chuk Shon