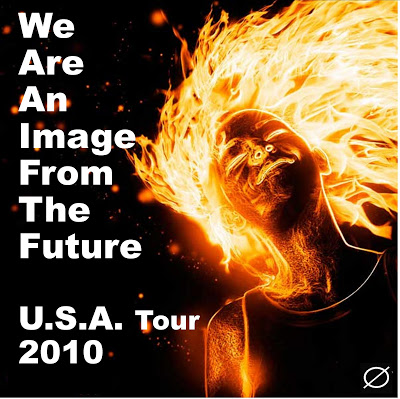 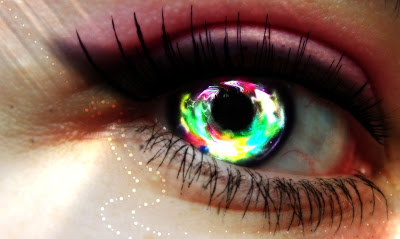 Democracy and Insurrection in Greece and the World
by Rockero Wednesday, Mar. 17, 2010 at 2:12 AM rockero420@yahoo.com

Tuesday, March 9, 2010
CLAREMONT, California – Southern California got a taste of Greek-style anarchism and insurrection in a series of talks given by Peter Gelderloos, author of How Nonviolence Protects the State, and Greek comrades from the Void Network Tasos Sagris and Sissy Doutsiou. With Audio.

While centering on the recent uprisings around issues of police brutality in Greece, the talk was structured more as a dialogue or a question-and-answer session than a traditional lecture.

Peter began. “We’re gonna be talking about the social insurrection in Greece, which really came to world attention after the killing on December 6, 2008 of a fifteen-year-old in Exarchia, which is sort of the counterculture and really rebellious neighborhood in Athens, in the center of Athens, that’s very much associated with the anarchists. And after that there were three weeks of major rioting. After that it disappeared largely from world attention, but these social struggles are still continuing, and a lot more stronger than before December, so in a lot of ways they’ve won, and what we want to do is talk about where that came from, why it was possible, and then what’s been happening with that, what directions it went.”

He cautioned against romanticizing revolutionary images, such as the ones being projected on a wall beside the speakers, and made reference to other struggles in the UK and Barcelona, each of which occurs in a distinct cultural and political milieu.

“In this way, we don’t wanna just give information bout what’s going on in Greece, because that’s very interesting, but ultimately, it’s useless. We want to really encourage critical thinking about insurrections which will hopefully be useful to you all here for spreading rebellions here.”

He then asked people to shout out questions, the first of which was a request for some historical context to the rebellion vis-à-vis its relation to the rise of anarchism and the struggle against fascism.

He then went briefly into the two periods of the Greek anarchist movement, explaining that in both 1936 and 1967, dictatorships were imposed on Greece to contain revolutionary movements. “So, when happened the big uprising in the Polytechnic University in 1974, that was one of the main reasons that the dictatorship fall down, there participated 50, maybe 50, 60 anarchists, that they had very much influence to the general assemblies, that most of the general assemblies, they people that participated in this struggle, we have to recognize that there was leftists, autonomous leftists, libertarian Marxists, people that they had mainly Marxist, and Maoist, and Leninist influences. But the spirit of empowerment that the anarchists they gave to the struggle that took place for three, four days for the fall of the dictatorship, there was like 10,000, 15,000 people that they gathered there and that participate in these riots, it was very influential, and there it was the first time that appeared these big banners that were saying ‘Down with Authority,’ ‘General Social Insurrection,’ that was the first time that appeared the anarchist slogans and anarchist banners, inside these riots.

“Another strategy they had, it was that they appeared after ’74, there appeared anarchist and autonomous groups inside the universities. These groups, they were small in the beginning, and they had little influence, but through the strong efforts, and also through the commitment and also the creativity and also the spreading of ideas, and the big publications, many free publications, that they were distributing inside the university, and also through the empowerment to the general student movement, to the students. Like the feeling that we can fight and we can win!”

The movement not only halted the EU-imposed move toward private ownership of education, but also succeeded in establishing in the popular consciousness the idea that “the University will forever be for free, the food in the university will be for free, and the University restaurants will give food to all the poor people and all the poor immigrants and whoever is in great need that needs to have some food that day, the university restaurant has the obligation also to give free food.”

The food reform was part of an effort to teach to both the political and the academic powers the “social obligation of the University.” The movement itself was part of a general assault on conservatism, and had a lasting effect in that regard.

A question was asked about how communities organized themselves, and the Greek guests explained the functioning of social centers, which, among other projects, offer many free classes. Peter explained that the anarchists tend to organize in small, decentralized affinity groups. These groups have their own analyses, work on their own projects, and create their own propaganda, he explained, and share that analysis in general assemblies.

A student asked about interactions between different groups and movements. Sissy explained, “In Greece there is no monothematic campaigns. There is no separate agendas. There is no separate groups, for example, only for the immigrants, even if the immigrants by themselves have their own groups. There are many groups that each group has its own aspect and its own analysis and its own solution to the problem. All of these groups, they take care of ecology, about the student movement, about the economy, about everything.”

Tasos elaborated by giving an example. “Appeared, for example, one movement influenced by the antifa groups of Germany, they called themselves also “antifa,” antifascist. They have some small influence and they work very good fighting the nazis on the streets. But when they started to mobilize for demonstration, then all the anarchists made the big assembly, for a long time. ‘What do we believe about the movement of antifa?’ That period, the conclusion that the insurrectionary Greeks, they made, was that ‘We are not antifascist. We are anarchists, and because we are anarchists, we fight against fascism. But we don’t identify ourselves as separate identity of ‘antifa.’ Or of ‘antisexist.’ Or ‘anti-state.’ All these are parts of the anarchist struggle.”

She went on to provide some more observations about the student movement, when Peter interjected, pointing to the student struggle in Barcelona. “In the years prior to this, most anarchists had the attitude that, ‘The student struggle is reformist, we’re not really gonna participate.’ And they didn’t really give it much attention. Which is an interesting perspective to think that any struggle in and of itself is reformist. I think that really shows a lack of imagination. Goals and methods can be reformist, but to pass up not only an entire struggle, but an entire section of the population, as reformist, didn’t work out too well for them.”

Anarchist presence within Europe’s student movements was not a given, then, and neither is any particular culture more hospitable to militancy than any other, he explained, citing the ejection of anarchist defenders of a Barcelona University occupation from a demonstration led by reformist parties early in the movement.

“A lot of people in the US might be inclined to think, ‘Oh, that’s very easy what they do in Greece because they have a culture there of antiauthoritarianism, they have a culture of supporting violence against the police.’ Spain, and Barcelona in particular, also had political cultures of fighting back. But then, within the student scene, for several years, the anarchists–they didn’t pay attention to that culture, they didn’t work to renew these traditions, and all that time, the political parties, the reformist political parties, were promoting reformist values, as were school administrations, and the government itself, and the economic restructuring, and all of that. So you see a very distinct cultural change here in just a decade or less of a population that is militant and that fights back, to a population that is pacifist. And the same thing could be said in the US, that generally we have a political culture of pacifism here, and who knows? In a decade, that could be gone.”

The willingness of the student anarchists to enact their politics despite the lack of popularity thereof has actually won them more allies. “By showing that they are completely different from all of the politicians among the student body, are actually gaining more and more influence. Because, in the day-to-day, the politicians and people pursuing reformist tactics are gonna have all of these advantages because the system’s stacked against us, but every person who actually feels this unfairness and how wrong it is to privatize the University, every person who feels this as a form of authoritarianism, and as a form of exploitation, at least on some level will identify with the people who don’t act like politicians, or the people who fight back, with the people who do whatever it takes to win their freedom.”

The Greek perspective on violence is different. Sissy explained, “Violence is when the banks robs our everyday life through student loans, through any kind of loans. We should have this clear in our mind, what is violence or not. Violence comes from the state, and not from the people that are fighting against the injustice.”

There is also an understanding that the question of violence is not one of morality, but of strategy. “We don’t do it because we believe in violence. When is the moment to show the highest power? The movement knows, not the moral code. It’s moralism. We are not a religion.”

Another questioner asked about anarchist perspectives on movements to defend public goods that essentially fall under the auspices of the state, such as education and protections for workers, particularly in light of the corporate media’s characterization of the Greek credit default as the result of a generous social safety net.

“The governors, they stole the money, you know?” responded Tasos. “And also they stole our lives. We fight to take back our lives. And also, it’s a lie to believe that the public services or the free public health makes the economy worse, because what is the economy? How do we count? What we count is how much happy we are. And we are not happy at all. We are angry, you know. Even though we have free public health and free public education. Imagine how much it is, the American society?! Really, really! I mean, inside. Even if they don’t understand or if they don;t believe that they need free public health for everybody. They cannot understand the concept, you know? But, we hope that slowly, slowly, they will understand. We will enforce free public health for everybody. We will enforce free public education for everybody. Nobody can prove to the society the because we have free health, the economy’s no good.” He continued: “What is the economy? They count their own money. We don’t care about the numbers we don’t care about the crisis. We are not in crisis. Anyways, Greece is in social crisis the last 30 years. Now they say it about the Euro. We don’t care! We don’t read the economical newspapers, you know? We don’t want to understand the way that they think, in a way. We understand the way they think, but we have our own mentality. You understand? We built our own way of looking the social life.”

He concluded, “the anarchists, they want much more bigger crisis than the crisis that capitalism produce right now. But this will be a crisis full of consciousness, and full of social benefit, like full of the love of social life. That the people will care each other. This will be very beneficial for all society, and this is our vision. How the anarchist movement gonna benefit the society? The society will not feel us as terrorists, or as enemies, or as problematic people, because we are not these things. We are the people that are gonna shield the society with all our possible powers. This is the vision for the economical crisis.”

Tags: We are an image from the future void network los angeles indymedia