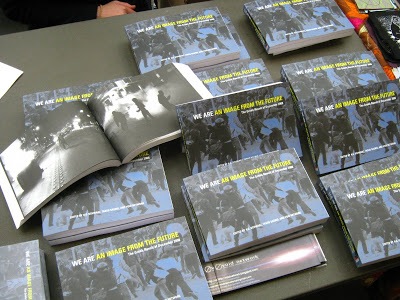 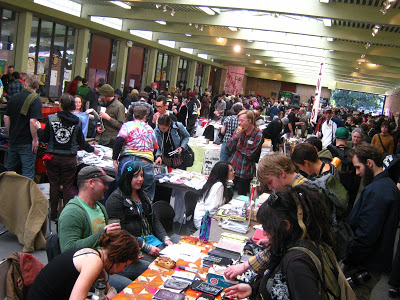 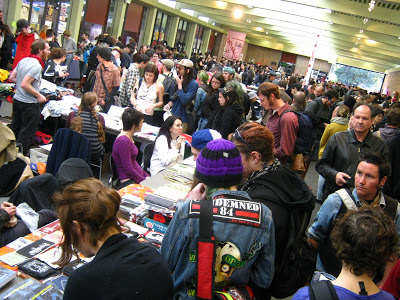 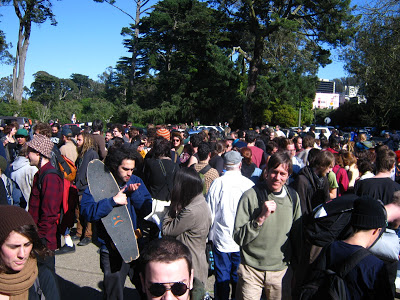 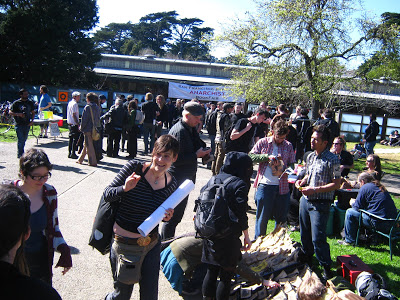 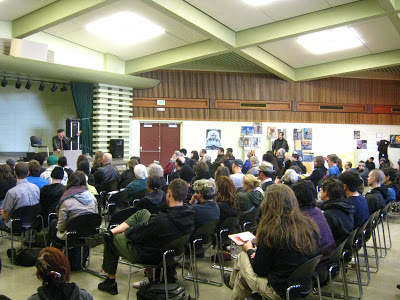 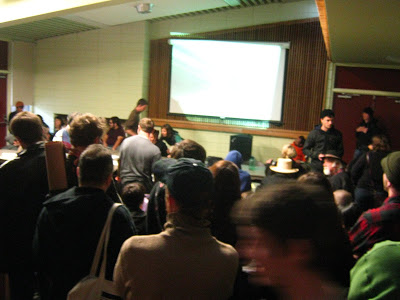 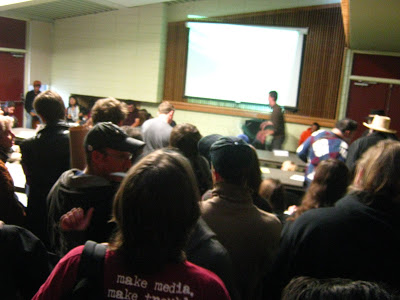 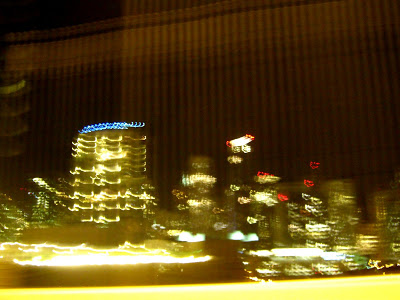 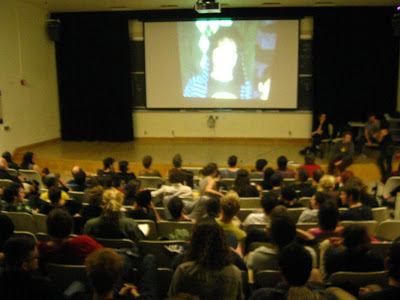 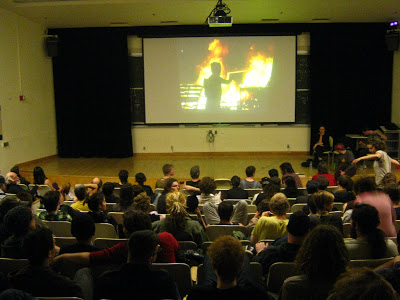 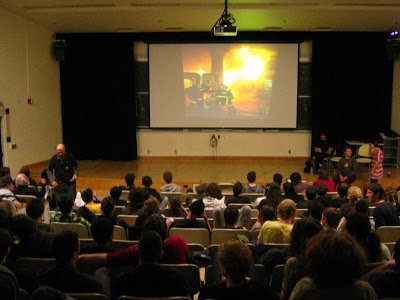 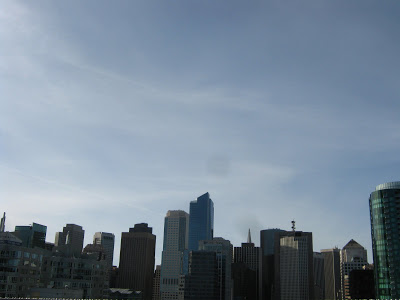 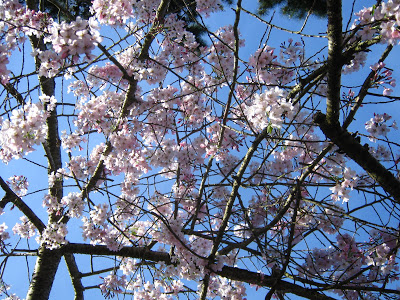 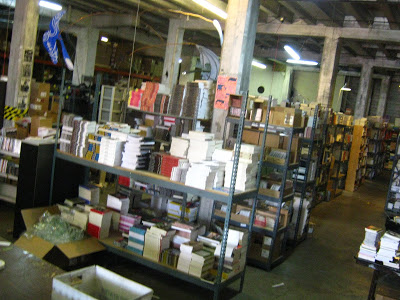 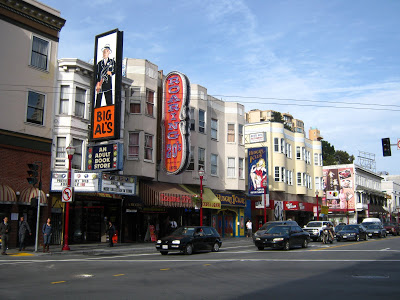 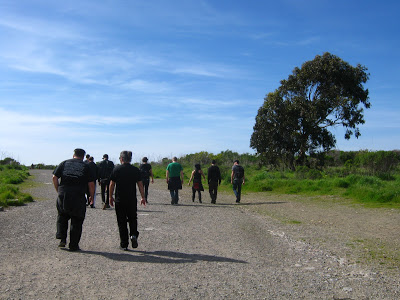 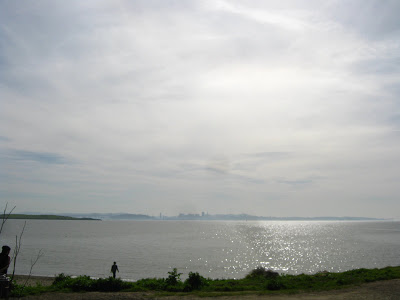 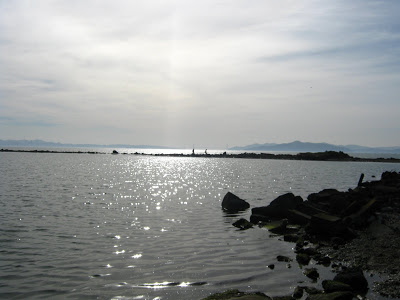 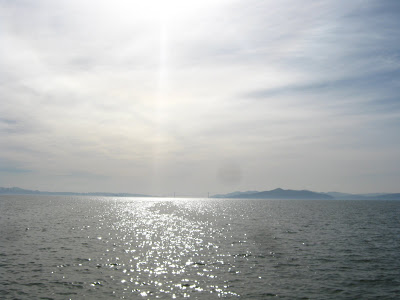 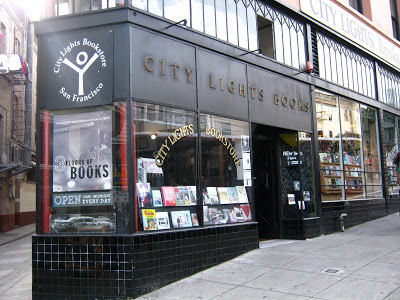 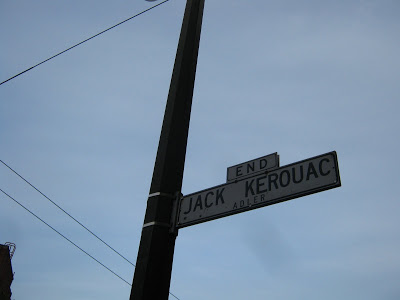 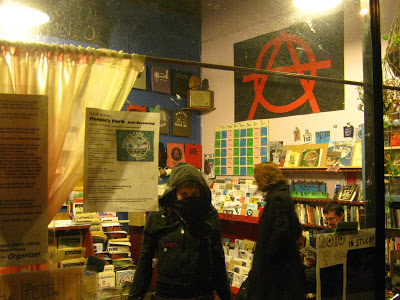 All these crazy days in San Francisco unfortunately ended sudden with a broken car and all our staff stolen… You can read more info about this here and we hope you can find some dollars to donate and help us continue our tour in U.S.A:
http://littleblackcart.com/index.php?main_page=product_info&products_id=533
Even though our days in San Francisco ended with all of us fucked up sad and in serious troubles,…we have to admit that until that moment we had some great time there… San Francisco is the center of the new student movement and we met many enthusiastic people, ready to continue occupations, demonstrations, d.i.y. concerts, political aware rave parties and counter-information publications. Students and cultural activists are ready to continue the efforts to connect the student struggles with the fight against racism and exploitation, ready to make the student movement a serious thread for the economic regime and the pathetic liberal amerikkkan social normality.
You can find info and visions of the occupied California here: [http://afterthefallcommuniques.info/ ] and here Occupy California: [http://occupyca.wordpress.com/   ]
During our staying in San Francisco Void Network members and editors of the book We are an Image from the Future (The Greek Revolt of December 2008) Tasos Sagris, Sissy Doutsiou and Peter Gelderloos spoke in Anarchist Book Fair [http://sfbookfair.wordpress.com/ ] in Golden Gate park area and in B.A.S.T.A..R.D. Conference in Berkeley University  [http://sfbay-anarchists.org/conference/.]
Both of the events were well organized, hosted many different speakers and offered a variety of Anarchist visions to the public. Anarchist Book Fair is a vast area for bazaar of anarchist books and two areas of public lectures and attracts thousands of people that wonder around the tables of all different publishers and organizations. During this event appeared also for first time our book “We Are an Image from The Future (The Greek Revolt of December 2008) “. The editors of the book met during the SF Anarchist book fair and felt a deep feeling of responsibility holding the book in their hands. Our talk in Anarchist Book Fair, possibly by an underestimation of the importance of Greek insurrection, hosted in the café area and not at the main hall….This cost a lot to the reputation of the organizers as hundreds and hundreds of people tried to pack in the café and many of them floated out of the hall, unfortunately unable to hear our talk. Also, the politic of the book fair to allow 20 to 45 minutes to the speakers for their lectures forced us to speak fast, in anxious and in no way to cover the questions of the people… Even though all the problems of good hosting of our talk by the conference, the people felt inspired by the talk, they shouted, participated with questions and a feeling of enthusiasm spread all over the places of the book fair as we tried to share with all these comrades the experiences and the methods of organizing in Greece.
In B.A.S.T.A.R.D. Conference was for sure much better. The organizers were focused on talks and workshops and not on books bazaar and this offered us a great chance to talk for 1.30 hour and speak deeper and more analytical about the Greek insurrection. Also they showed more respect to our presence, they participated in the talk and made us felt like we are in a  real anarchist event. You can find all info and audio of our talk in B.A.S.T.A.R.D. Conference in Berkeley University here:
[ http://www.indybay.org/newsitems/2010/03/18/18641710.php ]

After our talk we met with Holly Noll. [http://supportholly.org/ ]. Holly Noll at the moment hearing about the Oscar Grant execution that occurred on January 1st 2009 (please read more about the Oscar Grant case here:http://www.huffingtonpost.com/2009/01/14/oscar-grants-killer-bart-_n_157824.html) she felt a call to action. Like thousands of other Oakland residents, she took to the streets to protest this cold blooded racial killing. During the melee that occurred over the next two weeks, over 100 people were arrested on false charges. Most of the charges were dropped, save for a handful of people. Holly was in this handful. She now stands as one of the two remaining members of the Oakland 100. Please read more, express your solidarity and donate for Holly Noll : [http://supportholly.org/ ]
Peter Gelderloos also during our staying in SF he made a talk about Squatting Movement in Barcelona Hosted by the Institute for Anarchist Studies http://www.anarchist-studies.org
All days in San Francisco spent with some great friends of us wondering around in San Francisco and talking about the Global Civil War and the efforts for the building of a global anarchist movement based on the history, the needs and the struggle of each society. Among the people we met was the influential activist and writer Calamity Barucha. You can find two articles of her here:   [ about the NY New School occupation http://www.counterpunch.org/peller04222009.html ] and about Oaxaca:  [http://www.counterpunch.org/peller11112006.html]
Other people we met and having talks (and endless nights of drinking) were our friends from Phoenix Class War Council [http://firesneverextinguished.blogspot.com/ ], the writer Andrej Grubacic [http://www.pmpress.org/content/article.php?story=andrejgrubacic], the important feminist, historian and revolutionary Roxanne Dunbar-Ortiz [ http://www.reddirtsite.com/ ], people from Modesto Anarcho mag. : [http://www.myspace.com/modanarcho ], comrades from Green Anarchy magazine [http://www.greenanarchy.org/ ], our friend John Zerzan [http://www.johnzerzan.net/], Anarchy Journal of Desire Armed [http://www.anarchymag.org/ ], the U.S.A. Surrealist Movement [http://www.surrealistmovement-usa.org/], people from American Indian Movement [http://www.aimovement.org/ ], Crimethinc Ex-Workers Collective [http://crimethinc.com/ ] as also the wonderful people responsible for Ardent Press [http://ardentpress.org/ ] and the radicalization of using of internet by anarchists, by the creation of Anarchist News [http://anarchistnews.org/ ] , The Anarchist Library                 [ http://theanarchistlibrary.org/ ], and Little Black Cart : [ http://littleblackcart.com/  ].
Of course we have to specially mention the morning we spent in Oakland area speaking with our publishers from AK Press, the biggest anarchist publishing collective on this planet.
For more info about AK Press publishing collective: [ http://www.akpress.org/ ].
Also we have to mention our meeting with the influential situationist Ken Knabb, the creator of the amazing site Bureau of Public Secrets [ http://bopsecrets.org/ ], the main translator of Situationist International in English language and the writer,  among many others, of The Joy of Revolution (visions of liberated society and how we might get there)
[ http://bopsecrets.org/PS/joyrev.htm ]. After our talk with him we decided to distribute soon pamphlets with his writings in Greek language and start translating his work in Greek
We had also some interesting talks in City Lights Bookshop, the original center of Beat Generation [http://en.wikipedia.org/wiki/Beat_Generation] as also in Long Haul Anarchist Infoshop [http://thelonghaul.org/ ] in Berkeley, a social center hosting among others the activities of the influential collective Slingshot [ http://slingshot.tao.ca/ ]
Unfortunately all these meetings, walks around the city and long talks stopped suddenly when we realized that all the machines, most of the books and all the pamphlets we were bringing in Greece for our comrades there had been stolen and we were under serious problems for the continuation of our tour. The mutual aid of all american comrades and the help of all our friends made it possible for us to continue the tour We Are An Image From The Future // U.S.A. Tour 2010
If you want to donate to our tour and help us cover the damages click here:
Donation for We Are an Image From The Future Tour :
http://littleblackcart.com/index.php?main_page=product_info&products_id=533
Tags: SF San Francisco Berkeley anarchist book fair Void Network