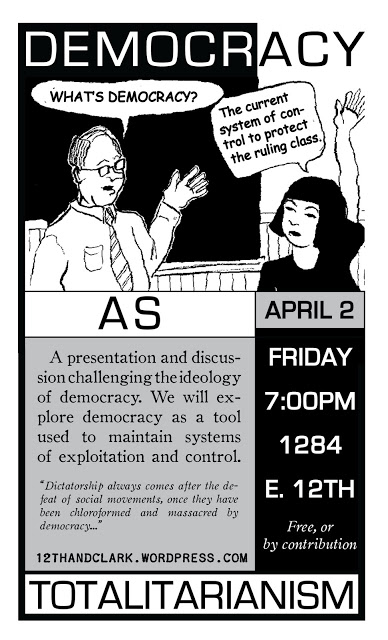 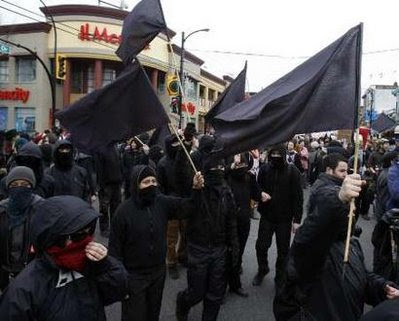 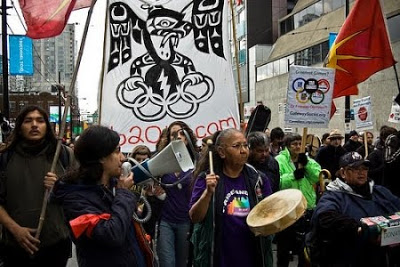 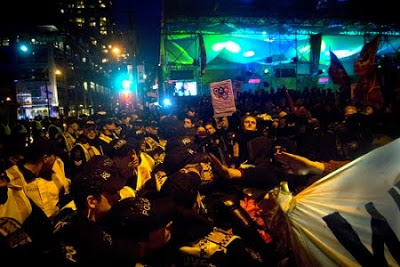 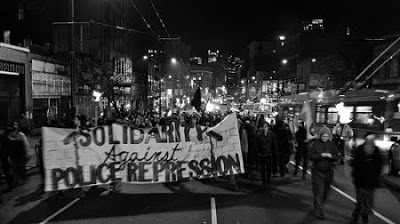 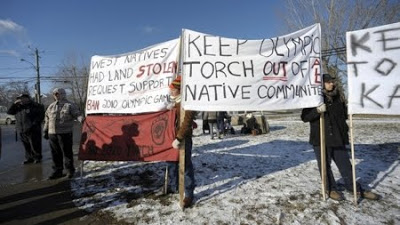 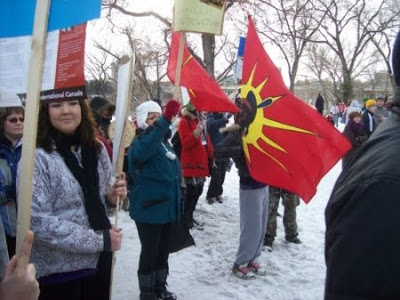 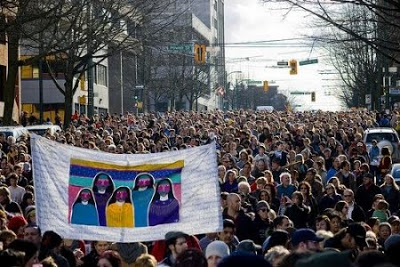 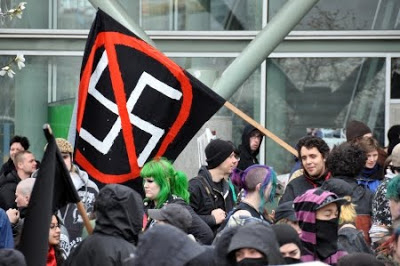 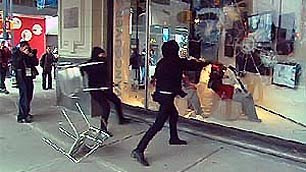 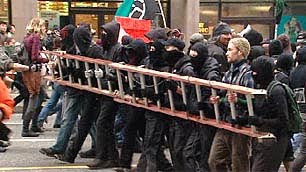 After April 2 We Are An Image from the Future / U.S.A. tour continues in two different directions. For more info about dates and cities you can see here:
http://voidnetwork.blogspot.com/2010/02/we-are-image-from-future-usa-tour-2010.html


On 2 April people from the tour went to Vancouver and gave a talk on “Democracy as Totalitarianism” at the anarchist space at 12th and Clark.http://12thandclark.wordpress.com/2010/04/01/upcoming-event-april-2nd/
The place was packed for the talk, many folks were newcomers to the space, and nearly everyone stayed for the two hour presentation and the discussion that followed. The anarchists in Vancouver seemed energized and unified after their mobilization against the Olympics, alongside Native revolutionaries, activists, and land defenders opposed to fun and games, as well as business as usual, on stolen land.

Vancouver has several interesting spaces and projects going on. Here’s just a few:

The photos on this post are from the uncompromised struggles of the Native Tribes and the Anarchists of Vancouver against the State, against the Olympic games, against police, corporations and against poverty.
The folowing video explains the reasons that all these people fought against the winter Olympic Games in Vancouver 2010.