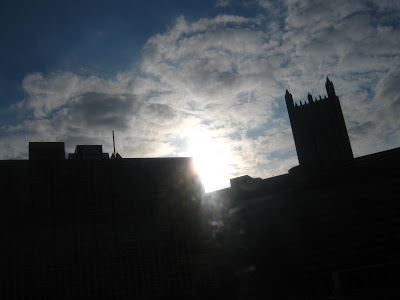 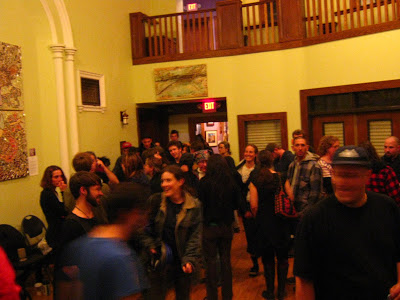 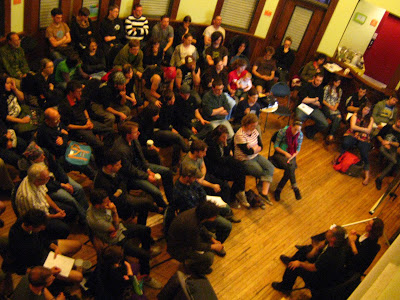 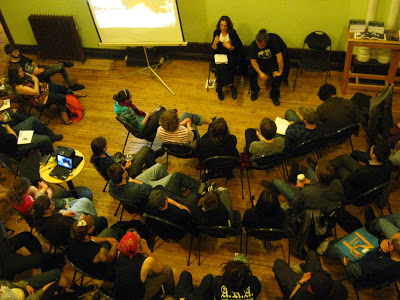 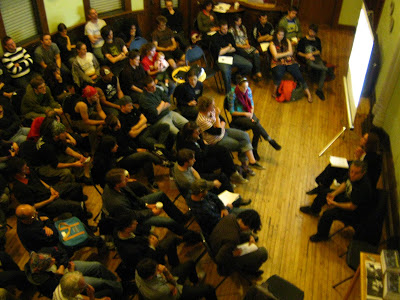 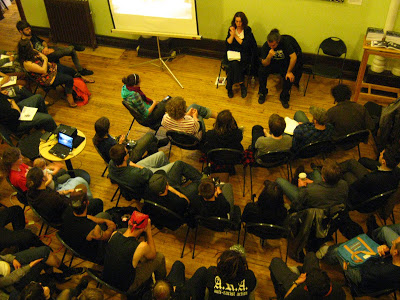 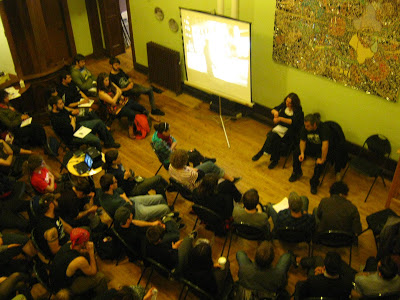 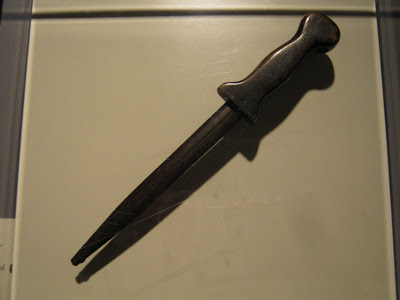 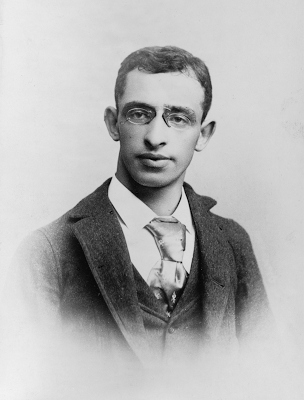 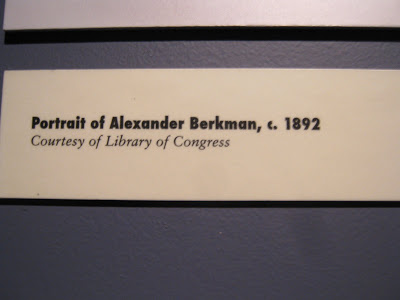 Our talk in Pittsburgh maybe was one of the most enthusiastic and inspirational meetings of all the tour. The talk took place at the Union Project
The Pittsburgh Organizing Group, the influential group that organized our talk having a lot of very well educated and really committed comrades. This group is maybe one of the most well organized, well rooted in their city and long time well functioning group that we came in contact until now in U.S.A.  [http://www.organizepittsburgh.org/]
They organized one of the best talks of all tour as it succeeded to bring together people from a vast cultural, social and political background, a fact that broke the isolation of our ideas and offered the best possible chances for expanding the dialogue about Greece and about U.S.A.
Another very interesting group with great potentials is
The Greater Pittsburgh Anarchist Collective [http://gpacattack.org/], that is the realization of impassioned desires to collectively create anarchy. GPAC exists primarily to promote the anarchist ideal in an open, inclusive manner. We are based out of the East End of Pittsburgh. We seek to support all resistance against the state and all tendencies and hierarchies that alienate and oppress the people of our city and the people of the world.
For all possible info about what is happening in Pittsbourg:
[http://pittsburgh.indymedia.org/]
and
[http://radio.indypgh.org/]
The Pittsburgh Independent Media Center is the portion of the global Indymedia network located in western Pennsylvania. The purpose of the Pittsburgh IMC is to provide an alternative media outlet to the inhabitants of this fair city and the surrounding land.
We have to thank deeply our friends in Pittsburg :
Pittsburgh Organizing Group (POG) is an anarchist group based in Pittsburgh, Pennsylvania. Their goal is the creation of a directly democratic, free society capable of maximizing human potential and freedom within a framework of collective responsibility, mutual-aid, and solidarity
http://www.organizepittsburgh.org/
As Pittsburgh and its coal mines have a strong workers struggle tradition and as the economic crisis spread every day misery and desperation in the hearts of the young people,… the last hours before our departure from the city we had the historical chance to see in a museam the original knife used by the anarchist writer, publisher and activist Alexander Berkman, who in his 22 years did a failed attempt with this knife to murder Henry Clay Frick, one of the most cruel factory owner of that period in Pittsburgh. You can read and understand the great importance of this hero, the lover and life long friend of Emma Goldman, Alexander Berkman:
http://en.wikipedia.org/wiki/Alexander_Berkman

if you are interested listen a small fragment from our talk in Pittsburgh:
http://pittsburgh.indymedia.org/news/2010/04/35034.php#18_30_Greek_Anarchists_Speak_in