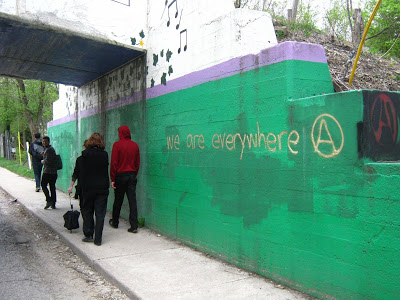 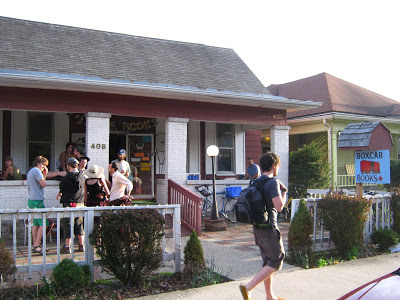 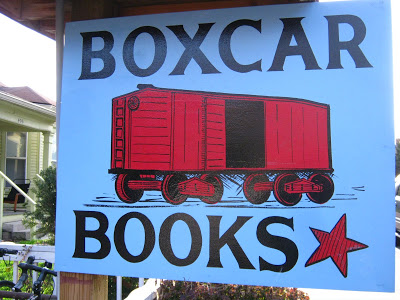 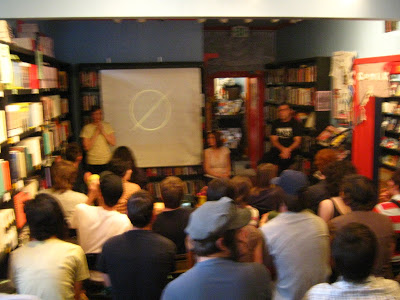 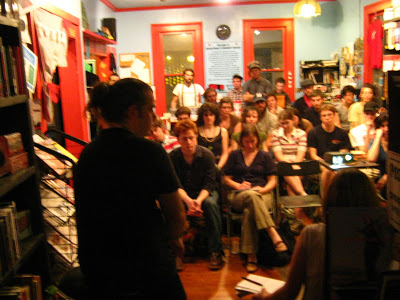 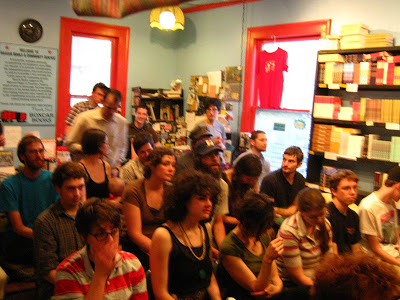 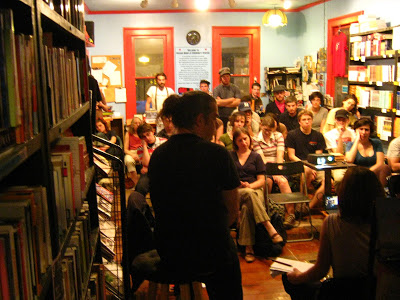 We arrived in Bloomington in a wonderful sunny afternoon… Our talk took place for more than 3 hours in Boxcar Books and Community Center that is a volunteer powered, non-profit organization that exists to provide new and used books, zines, magazines, and comics on topics of social justice, independent media, and fiction for the community
[http://www.boxcarbooks.org/]
Bloomington had many wonderful surprises for us. We met amazing interesting people, we were accommodated by two super nice girls and we spend some amazing hours from house to house talking about everything with all Bloomington’s motherfuckers. Bloomington, even if it’s a small city has a strong anarchist radical space that will create influential efforts in the close future
Some of the Bloomington’s local struggles that ask for support and solidarity are :
[http://stopi69.wordpress.com/]
I-69 highway is a NAFTA superhighway, already constructed from Canada to Indianapolis and projected to extend down into Mexico. This is the struggle of organizing against it…
[http://mostlyeverything.net/]
Tiga and Hugh were arrested separately on April 24th, 2009.  Solidarity support  and info about the struggle against I-69 highway site
[http://freemarie.org/]
Support social justice and environmental activist Marie Mason!

[http://midwestgreenscare.wordpress.com/]
The EWOK! (Earth Warriors are OK!), formerly the Twin Cities Eco-Prisoner Support Committee (TCEPSC), formed in October 2006 to provide support to people who are accused or convicted of actions taken in defense of the Earth and its inhabitants.
[http://dmccoalition.org/]
a group organized  around decreasing eliminating the jail population in the area
Also we have to offer you here the mail contacts with the most important distribution network of insurrectionary anarchist theory pamphlets in U.S.A. featuring a complete and ever expanding catalogue of European, North and South American visions for Total Freedom… Come in contact with them and ask them their catalogue if you need to start reading and spreading the ideas that will change our life for ever :
frannyglass@riseup.net
lopezsection@gmail.com
Tags: Bloomington Minesota U.S.A.