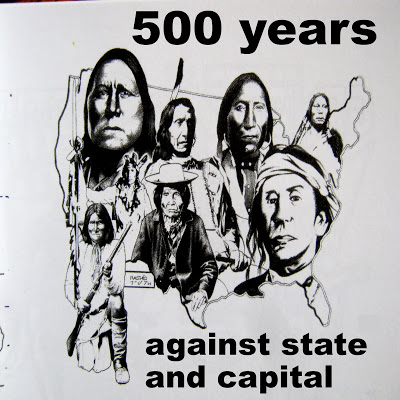 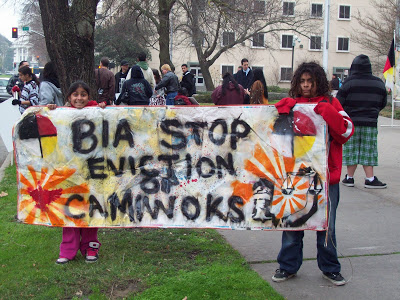 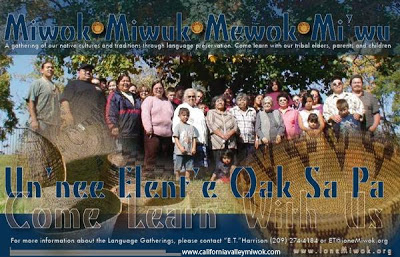 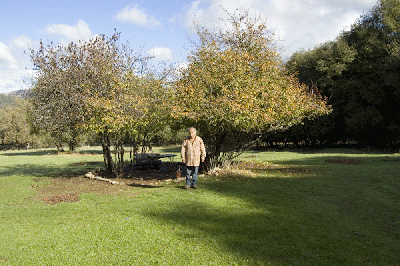 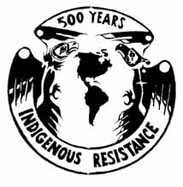 California Valley Miwok Tribe: Previous to Rancherias being created in California, the Miwok People’s territory covered ten (10) counties. Now our Tribe is fighting to retain its Tribal Property that consists of one and one half (1 ½) acres, located in (Morada) Stockton, California.

MA: How does your tribe use the house that is located in Stockton?

CVMT: The Tribal Property at 10601 Escondido Pl. Stockton, California 95212 has a multi-purpose function. Since our tribe is a landless tribe, the piece of property, including the building, is considered to the Tribe to be its reservation, and is utilized as such. Until such time as the tribe is able to acquire a larger tract of land for the benefit of future tribal members [the house is all we have]. The Tribe conducts official Tribal ‘governmental’ business, day-to-day office duties, Tribal Programs, Tribal Meetings, and a portion of the building is used for housing.

MA: What brought your house to foreclosure?

CVMT: Our PL-93 638 Mature Status Contract (BIA) has been illegally withheld for two years and our Indian Gaming Revenue Sharing Trust Fund (RSTF) monies have been illegally stopped. Since the end of 2005. Without any funds coming in, the Tribe had no way to pay its mortgage on the only piece of property, the place the Tribe calls “home”. Please see our DOT US website for further info: http://www.californiavalleymiwoks.us

MA: Why did people physically occupy your house? How did you go about making sure that people were not going to be able to easily get into the house?

CVMT: The Tribe decided to stand its ground when it was threatened with eviction. We had no choice, where were we supposed to go? Our monies have been illegally withheld for no good reason, our jobs lost, our medical benefits lost with our jobs, we tribal members have been using own personal money to keep the Tribe going, to keep the USDA Food Program open for the people in need to still be able to get their monthly rations of food. We had to make our point clear that we were no longer going to be pushed out and forgotten like yesterday’s trash!! We are human beings. We are not just names and/ or numbers on a piece of paper. We needed the Department of the Interior Bureau of Indian Affairs in Washington, DC to take notice of what was being allowed to happen to our Tribe. We were pushed in a corner and had no other choice but to go into survival mode and stand our ground. The Tribe went into a vote and decided to go into lockdown and barricade itself in until the Dept. of the Interior would be forced to take notice of our devastating situation and agree to sit down at the table with us to resolve our immediate problem that had been ignored up until we decided to stand our ground.

I can’t answer the second part of your question because our crisis isn’t over yet. We are still negotiating.

MA: How have the state and their police responded to your situation? How have other people and/ or institutions tried to hinder your efforts?

CVMT: Well, the state still hasn’t released the Tribe’s money. I would say that the sad part to this dilemma is seeing some of the people believing the negative stuff that had been going out on blogs. It hurts our hearts to see people say such cruel things when they don’t know the whole truth behind the situation. We are confident that the truth will prevail and so we don’t follow the blogs. Although we do want to thank those who stood by us and still stand with us today…

MA: In what ways have other Tribes and communities/groups offered you support?

CVMT: We are thankful for the internet radio talk shows , tv hosts, Veteran Affairs, some pocket members of the American Indian Movement (AIM), legal services, individual concerned citizens (Indians and non-Indian peoples), universities, special interest groups, Canadian Indians, doctors, Calaveras Band of Mi-Wuk Indians, Calaveras County Mountain Miwuk, Historical Shingle Springs Miwok Indians, Modesto Anarcho, Ghost Machine Group, United Native Americans Inc., WPFW Nightwolf, Onnativeground. Recently, Chairperson Burley did a presentation at the Consumnes River College in Sacramento in which they have asked how they can help show their support for the Tribe. Also, UC San Diego has passed a resolution in support of the California Valley Miwok Tribe and they have continued to be stong advocates to help our tribe get justice.

CVMT: We (“The Tribe”) are asking for help from the General Public. Please help our tribe survive. Help us protect not only our history/culture but the native history that is a big part of California and the United States. For more information, please visit our websites at: