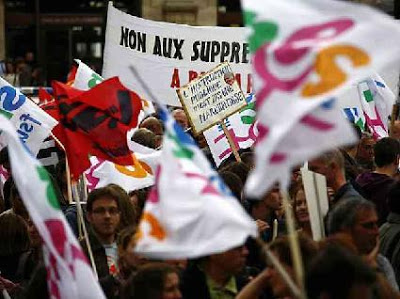 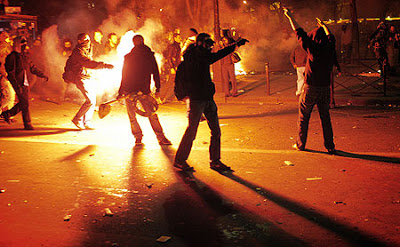 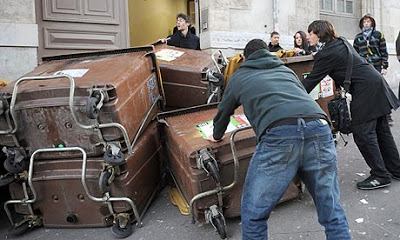 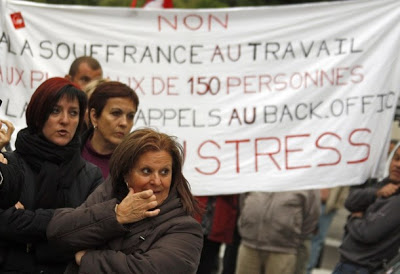 Void Network recieves very positive news from France this week about the general strike is taking place there and especialy about the actions and initiatives of young people there.

As the maintream media reports:

A general strike paralysed the country as workers caught in the credit crunch demanded higher wages, job protection and taxes on the rich from the French president.Looting and violence erupted in most major cities, with gangs smashing bank and shop windows and attacking other symbols of wealth.Riot police used tear gas on marauding youths as they tried to contain the chaos in Paris, Lyon and Marseille. Riot police said: “There were outbreaks of violence everywhere. There were groups set on targeting anything that represented ostentatious wealth. “Banks, expensive cars and some shops were vandalised.” Teachers, train drivers, air traffic controllers, hospital and mail staff joined the action supported by all the unions and the socialist opposition. It caused severe disruption to trains and airports and the Paris underground. The protests also delayed thousands of Britons though Eurostar services were running. Unions said at least two million turned out – as many as the last general strike in January…”
You can read political analysis about the strike in France here:
http://libcom.org/news/general-strike-france-13102010
Tags: general strike

To everyone feeling screwed over by the economy,   We are told that our problem is