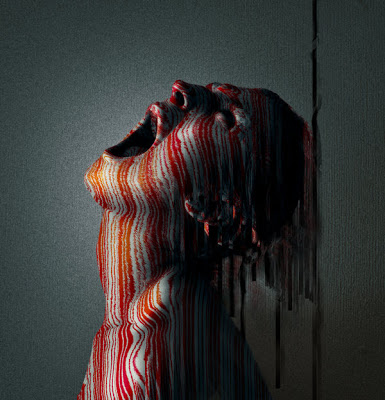 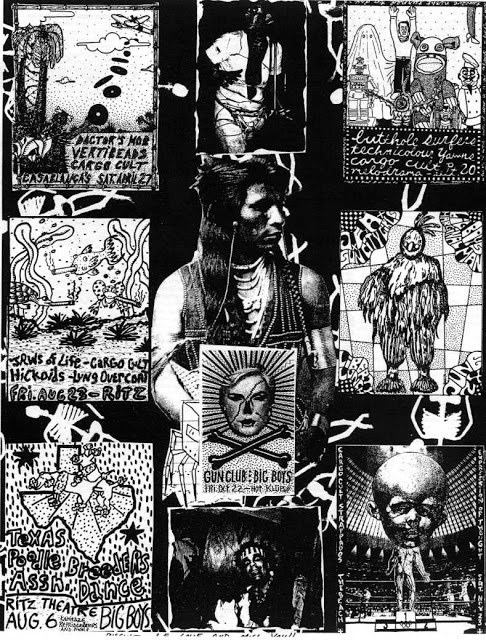 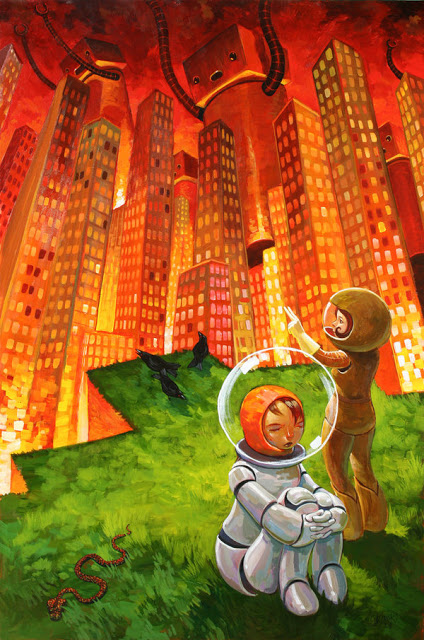 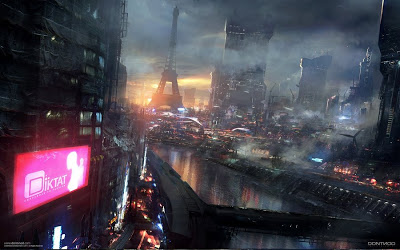 We have reached an impasse. Capitalism as we know it is coming apart at the seams. But as financial institutions stagger and crumble, there is no obvious alternative. Organized resistance is scattered and incoherent. The global justice movement is a shadow of its former self. For the simple reason that it’s impossible to maintain perpetual growth on a finite planet, it’s possible that in a generation or so capitalism will no longer exist. Faced with this prospect, people’s knee-jerk reaction is often fear. They cling to capitalism because they can’t imagine a better alternative.

How did this happen? Is it normal for human beings to be unable to imagine a better world?
Hopelessness isn’t natural. It needs to be produced. To understand this situation, we have to realize that the last 30 years have seen the construction of a vast bureaucratic apparatus that creates and maintains hopelessness. At the root of this machine is global leaders’ obsession with ensuring that social movements do not appear to grow or flourish, that those who challenge existing power arrangements are never perceived to win. Maintaining this illusion requires armies, prisons, police and private security firms to create a pervasive climate of fear, jingoistic conformity and despair. All these guns, surveillance cameras and propaganda engines are extraordinarily expensive and produce nothing – they’re economic deadweights that are dragging the entire capitalist system down.
This hopelessness-generating apparatus is responsible for our recent financial freefalls and endless strings of bursting economic bubbles. It exists to shred and pulverize the human imagination, to destroy our ability to envision an alternative future. As a result, the only thing left to imagine is money, and debt spirals out of control. What is debt? It’s imaginary money whose value can only be realized in the future. Finance capital is, in turn, the buying and selling of these imaginary future profits. Once one assumes that capitalism will be around for all eternity, the only kind of economic democracy left to imagine is one in which everyone is equally free to invest in the market. Freedom has become the right to share in the proceeds of one’s own permanent enslavement.
Since the economic bubble was built on the future, its collapse made it seem like there was nothing left.
This effect, however, is clearly temporary. If the story of the global justice movement tells us anything, it is that the moment there appears to be any sort of opening the imagination springs forth. This is what effectively happened in the late ’90s when it looked for a moment like we might be moving toward a world at peace. The same thing has happened for the last 50 years in the US whenever it seems like peace might break out: a radical social movement dedicated to principles of direct action and participatory democracy emerges. In the late ’50s it was the civil rights movement. In the late ’70s it was the anti-nuclear movement. More recently it happened on a planetary scale and challenged capitalism head-on. But when we were organizing the protests in Seattle in 1999 or at the International Monetary Fund (IMF) meetings in DC in 2000, none of us dreamed that within a mere three or four years the World Trade Organization (WTO) process would collapse, “free trade” ideologies would be almost entirely discredited and new trade pacts like the Free Trade Area of the Americas (FTAA) would be defeated. The World Bank was hobbled and the power of the IMF over most of the world’s population was effectively destroyed.
But of course there’s another reason for all this. Nothing terrifies leaders, especially American leaders, as much as grassroots democracy. Whenever a genuinely democratic movement begins to emerge, particularly one based on principles of civil disobedience and direct action, the reaction is the same: the government makes immediate concessions (fine, you can have voting rights) and then starts revving up military tensions abroad. The movement is then forced to transform itself into an anti-war movement, which is often far less democratically organized. The civil rights movement was followed by Vietnam, the anti-nuclear movement by proxy wars in El Salvador and Nicaragua and the global justice movement by the War on Terror. We can now see the latter “war” for what it was: a declining power’s doomed effort to make its peculiar combination of bureaucratic war machines and speculative financial capitalism into a permanent global condition.
We are clearly on the verge of another mass resurgence of the popular imagination. It shouldn’t be that difficult. Most of the elements are already there. The problem is that our perceptions have been twisted into knots by decades of relentless propaganda and we are no longer able to see them. Consider the term “communism.” Rarely has a term come to be so utterly reviled. The standard line, which we accept more or less unthinkingly, is that communism means state control of the economy. History has shown us that this impossible utopian dream simply “doesn’t work.” Thus capitalism, however unpleasant, is the only remaining option.

If two people are fixing a pipe and one says “hand me the wrench,” the other doesn’t say “and what do I get for it?”

In fact, communism really just means any situation where people act according to this principle: from each according to his abilities, to each according to his needs. This is, in fact, the way pretty much everyone acts if they are working together. If, for example, two people are fixing a pipe and one says “hand me the wrench,” the other doesn’t say “and what do I get for it?” This is true even if they happen to be employed by Bechtel or Citigroup. They apply the principles of communism because they’re the only ones that really work. This is also the reason entire cities and countries revert to some form of rough-and-ready communism in the wake of natural disasters or economic collapse – markets and hierarchical chains of command become luxuries they can’t afford. The more creativity is required and the more people have to improvise at a given task, the more egalitarian the resulting form of communism is likely to be. That’s why even Republican computer engineers trying to develop new software ideas tend to form small democratic collectives. It’s only when work becomes standardized and boring (think production lines) that becomes possible to impose more authoritarian, even fascistic forms of communism. But the fact is that even private companies are internally organized according to communist principles.
Communism is already here. The question is how to further democratize it. Capitalism, in turn, is just one possible way of managing communism. It has become increasingly clear that it’s a rather disastrous one. Clearly we need to be thinking about a better alternative, preferably one that does not systematically set us all at each others’ throats.

Capitalism is not just a poor system for managing communism, it also periodically falls apart.

All this makes it much easier to understand why capitalists are willing to pour such extraordinary resources into the machinery of hopelessness. Capitalism is not just a poor system for managing communism, it also periodically falls apart. Each time it does, those who profit from it have to convince everyone that there is really no choice but to dutifully paste it all back together again.
Those wishing to subvert the system have learned from bitter experience that we cannot place our faith in states. Instead, the last decade has seen the development of thousands of forms of mutual aid associations. They range from tiny cooperatives to vast anti-capitalist experiments, from occupied factories in Paraguay and Argentina to self-organized tea plantations and fisheries in India, from autonomous institutes in Korea to insurgent communities in Chiapas and Bolivia. These associations of landless peasants, urban squatters and neighborhood alliances spring up pretty much anywhere where state power and global capital seem to be temporarily looking the other way. They might have almost no ideological unity, many are not even aware of the others’ existence, but they are all marked by a common desire to break with the logic of capital. “Economies of solidarity” exist on every continent, in at least 80 different countries. We are at the point where we can begin to conceive of these cooperatives knitting together on a global level and creating a genuine insurgent civilization.
Visible alternatives shatter the sense of inevitability that the system must be patched together in its pre-collapse form – this is why it became such an imperative on behalf of global governance to stamp them out (or at least ensure that no one knows about them). Becoming aware of alternatives allows us to see everything we are already doing in a new light. We realize we’re already communists when working on common projects, already anarchists when we solve problems without recourse to lawyers or police, already revolutionaries when we make something genuinely new.
One might object: a revolution cannot confine itself to this. That’s true. In this respect, the great strategic debates are really just beginning. I’ll offer one suggestion though. For at least 5,000 years, before capitalism even existed, popular movements have tended to center on struggles over debt. There is a reason for this. Debt is the most efficient means ever created to make relations fundamentally based on violence and inequality seem morally upright. When this trick no longer works everything explodes, as it is now. Debt has revealed itself as the greatest weakness of the system, the point where it spirals out of control. But debt also allows endless opportunities for organizing. Some speak of a debtors’ strike or debtors’ cartel. Perhaps so, but at the very least we can start with a pledge against evictions. Neighborhood by neighborhood we can pledge to support each other if we are driven from our homes. This power does not solely challenge regimes of debt, it challenges the moral foundation of capitalism. This power creates a new regime. After all, a debt is only a promise and the world abounds in broken promises. Think of the promise made to us by the state: if we abandon any right to collectively manage our own affairs we will be provided with basic life security. Think of the promise made by capitalism: we can live like kings if we are willing to buy stock in our own collective subordination. All of this has come crashing down. What remains is what we are able to promise one another directly, without the mediation of economic and political bureaucracies. The revolution begins by asking what sorts of promises do free men and women make one another and how, by making them, do we begin to make another world?

David Graeber is the author of Possibilities: Essays on Hierarchy, Rebellion and Desire and Direct Action: An Ethnography.

In an essay penned shortly before his death, David Graeber argued that post-pandemic, we can’t slip