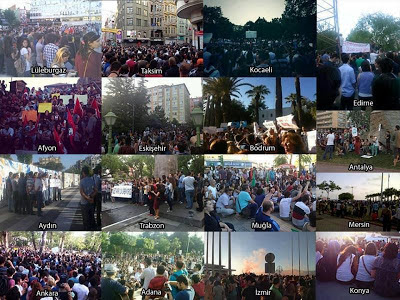 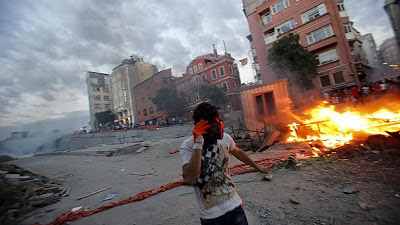 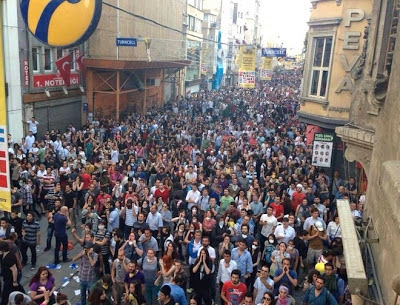 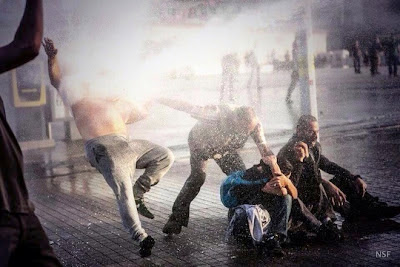 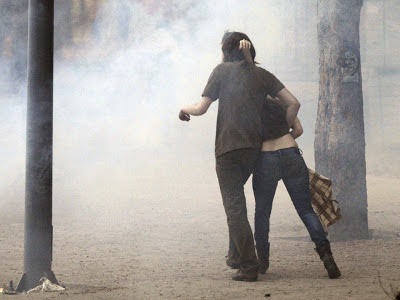 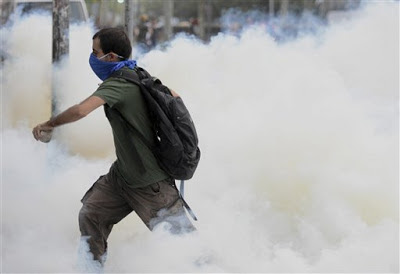 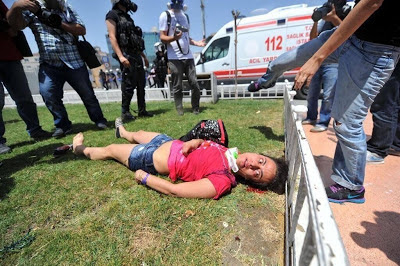 VOID NETWORK EXPRESSES SOLIDARITY FOR THE PEOPLE IN TURKEY AND THEIR STRUGGLE.
THE INTERNATIONAL STRUGGLE AGAINST GLOBAL TOTALITARIANISM CONTINUES!
WE SHALL OVERCOME!


The occupation of Taksim Gezi Park in İstanbul began on May 28th, 2013. Following the police raid in the park area on May 30th, hackers from the RedHack sabotaged the website of the Beyoglu police headquarters in response to the morning attack.

The occupation continued, and thousands of people gathered to resist the government’s plans (to build a shopping centre and destroy the green area). It soon became one of the largest mobilizations for years, with various different participants (from radical activists to NGOs, etc.), resembling the worldwide Occupy movement.

On May 31st, street clashes started from 5am in İstanbul. The resistance grew wider, while the police fired an incredible amount of tear gas bombs. Before yet another crackdown, supporters from three major football teams (Besiktas, Galatasaray, Fenerbahce) took to the streets united. Clashes continued late in the evening. The number of people in the streets was enormous. In every way, thousands were trying to reach Taksim square. After 16 hours of street fighting, the struggle went on.

Meanwhile, one man died of heart attack, but it was circulated that his death was not directly related to the police gas bombing. According to unconfirmed reports, two more persons were killed in Taksim: one young woman was reported dead after she was hit by cops on the head with gas bomb, while another young woman is said to have been crushed to death by a police panzer (anti-riot vehicle with water cannon).

At least 6 protesters suffered head injuries and were admitted to intensive care unit. In addition, more than 100 protesters were injured (among them, one congressman as well as journalists, who were also hospitalized).

Meanwhile, dozens have been detained by cops in Istanbul. Throughout the day, police forces constantly searched and detained people that had gasmasks, antacids, lemon juice to protect themselves from the effect of the huge amount of tear gas. For a better understanding of what is happening, it must be noted that the military does not act against protesters.

These protests have turned into a popular uprising, far beyond an environmentalist claim. At the same time, the developments have been completely gagged by the local mainstream media (one of the “alternative” communication channels currently used is twitter under #occupygezi and other hashtags).

Protests have spread nationwide, with several rallies at Turkish cities in solidarity with people repressed in İstanbul. Demonstrations were also scheduled in Holland, Germany and elsewhere in Europe.

Comrades in Turkey estimate that this is one of the biggest uprisings in recent years. Street clashes are ongoing tonight (31/5) from every direction to Taksim square. Nobody goes back home. It seems like everyone is determined to remain on the streets till morning.