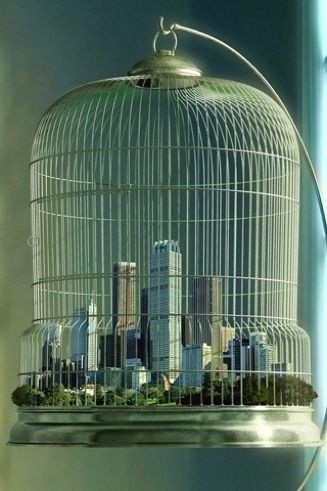 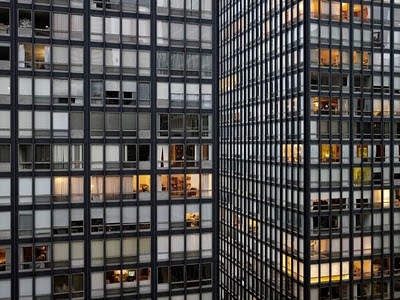 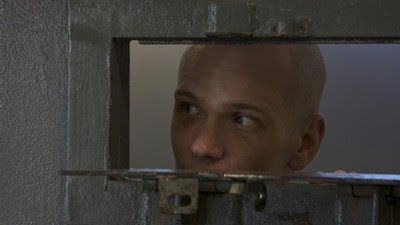 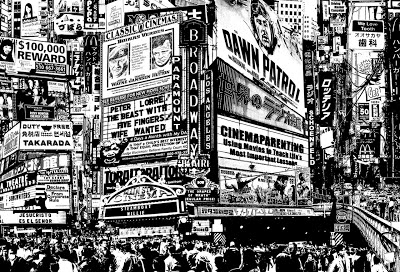 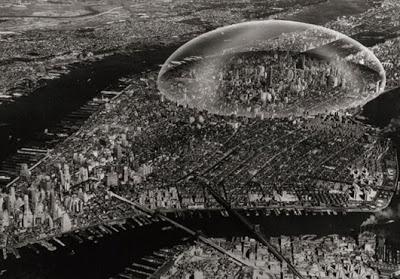 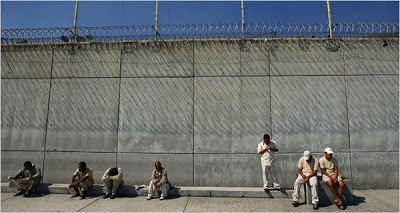 Prison is only apparently the exception to the rule: crime given vent to or innocence punished is in fact the totality of society where everyone punishes each other for the offense of being there and where anyone who thinks is pierced by this question at least once a day: “Why have they put me here? What have I done?” and the terribly obsessive desire for escape is just like that of prisoners. Maybe even more intense.
The evolution of the penitentiary system with the construction of so many new spaces for punishment has a significance beyond that of “more humanity and reeducation” rather than retributive suffering. The distance, the separation between the city and its prison—which has always been very great—decreases, because the inhabitants of the city increasingly resemble (through work, family, universities, hospitals, discotheques, theaters, stadiums) prisoners of a model prison who are granted occasional leaves (weekends, holidays, “white” weeks) with the obligation of returning on specific days with no room for error.
Even the “promenade” is a mirror of the city within the prison and of the prison within the city. The people guarded on their pedestrian islands, enclosed by flowering bushes as walls, going sadly and monotonously in and out of shopping centers, loaded with useless but obligatory purchases. The people watched by video cameras in the shops and outside, forced to pass through metal detectors to enter a bank, constrained to stamp a railway ticket, whispering at every instant that ignoble secretion of personal identity that is the fiscal code, invention of the gulag. Do you believe this is very different from a prison?
I can see the courtyard of Newgate—where the prisoners in pajamas march around in rows in a circle in the famous Doré incision—once again every time I walk through any pedestrian island, special project of mayors preoccupied with having an aromatic aroma, an edenic glade, within the immense urban prison they administer. Have we really emerged from the courtyard of Newgate? Have we completely given it up, or only taken that marked pajama to the laundry?
The edenic model inspired the providential inclusion of parks—which in name still carry the memory of Paradise (park is a contraction of paradise, Persian pardesh =garden)—in the emerging urban hell. These parks would later be degraded with the name of “green zone”. But what did these deceptive patches of paradise really change anyway? The urban glade (avenue or public garden) is not forest, freedom, refuge, free play of the spirit among lives different from the human; it is nothing but human images and, in an increasingly brutal manner, human images signify that which we most abhor: walls that enclose and constrain, jail.
The new prison construction (less somber, sometimes more breathable) was begun by the fascist regime (experimentally, in small cities) in order to reduce the distance between city and prison, destined to form a single, compact, totalitarian poison. We see the prison of Orvieto, built in 1936, the year of the greatest fascist triumph, no different from the Italian Bar, the University of Rome or any youth hostel…But the model totalitarian city, with urban envoys lined up in exchange for liberation from malarial anopheles, was Littoria (Latina) where the prison, built in 1939, is an anonymous service building, a true and proper outpost of the future outskirts. And a modern condominium on the outskirts endures widespread prison conditions. From the ground floor to the penthouse, the cooking is the same everywhere: spaghetti—steak—salad—dessert, just like in a regular prison.
The difference is that the family in the condominium doesn’t throw away much food, preserves the leftovers, cooks with more intelligence. The prison, like the barracks or the hospice, wastes a great deal and cooks the same things in a vile manner. No one would ever lick those plates, so often returned full.
Among the traits of liberal democracies at the beginning of this century, this marvel still exists: though specific prison conditions may change in any possible way, in the unstoppable degradation of life in common and of sociality in general on the outside, in the abandonment of the city to degenerative cities, nothing can be done to impede this inevitable transformation of the totality of the urban environment into a prison that has been immersed in the electronic for sometime, filled with typical prison slavery like rape, sexual extortion, the exchange of favors that ends up being more important than monetary exchange.
At any place in the city, at any hour of the day, millions of urban prisoners watch the same things on television as those prisoners who have been sentenced in a trial and those who are held in custody awaiting trial. The judges themselves do the same, cheering in the same way for a goal by their soccer team.
Today all urban space is watched, controlled, patrolled, feared, distrusted, perpetually threatened. In the name of security, it has gradually reached the point of the creation of an absolute technological-military prison. One can say that this long war will only cease in order to abandon its place to a kind of monstrous prison as an extreme form of “necessary” protection. And this is happening under a democracy that tries to appear powerless, under the egalitarian rhetoric with which it cloaks itself, to prevent—since this is what it wants and needs in order to conserve itself—every city of its dreams from becoming a maximum-security prison space (thus without respite) where the circulation of individuals increasingly resembles the circling of the prisoners round and round that courtyard with the high windowless walls where the poor exhausted footsteps resound in cadence.

A call from a variety of groups to make some noise for the upcoming prison strike,