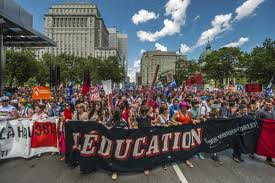 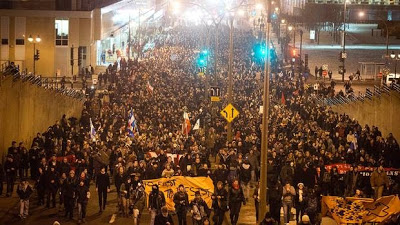 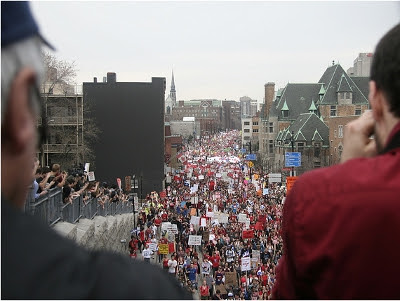 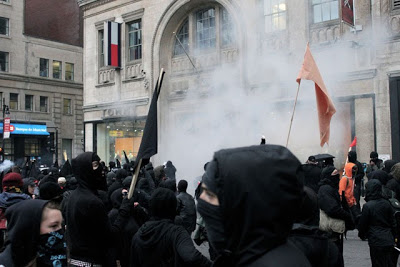 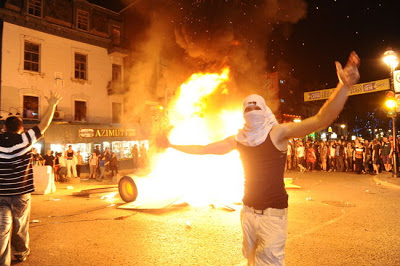 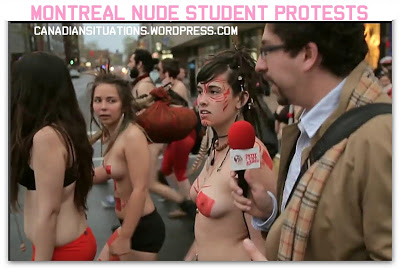 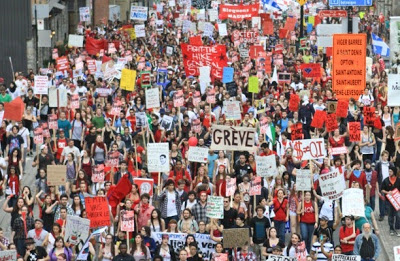 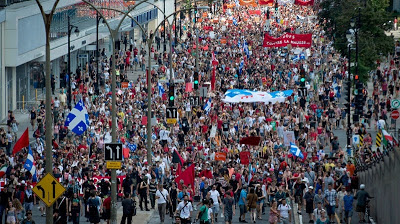 In the spring of 2012, a massive student strike in opposition to a tuition hike, rocked the streets of the Montréal for over six months. Protests and militant street actions became part of the daily and nightly reality of this Canadian metropolis. Several times during this tumultuous spring, the numbers in the streets would reach over one hundred thousand. Police routinely clubbed students and their allies, and arrested them by the hundreds. Some were even banned from entering the city. But every time the cops struck, the student movement got bigger and angrier.
This is a story about how the arrogance of a government, underestimated a dedicated group of students, who through long term organizing laid the foundation for some of the largest mass demonstrations in Canada’s history. But it is also a story of how a crews of determined anarchists, educated a new generation of students, in the importance of owning the streets.
In Street Politics 101, subMedia.tv features some of the best footage from what some called “the maple spring.” It also features interviews with students, teachers and anarchists involved in one of the most militant rebellions in Quebec.
Music by MIA, Cairo, CJ Boyd, Di Nigunim, Jordan Brown, Mise En Demeure, Godspeed You Black Emperor, Joy Division, Lee Reed, FreqMan, Bar 9
anticAll subMedia.tv films are anti-copyright.
Free to download, screen, remix, copy and share. No need to ask for permission.

Why Catastrophic Climate Change is Probably Inevitable Now –  Sometimes, when I write scary essays, I