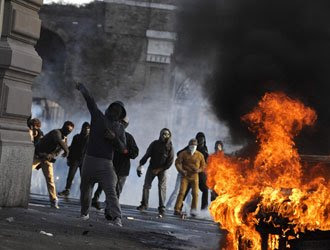 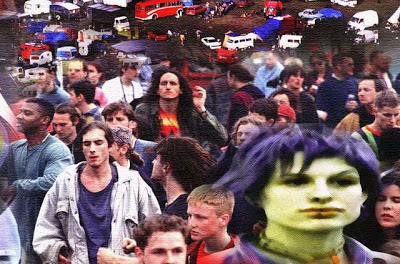 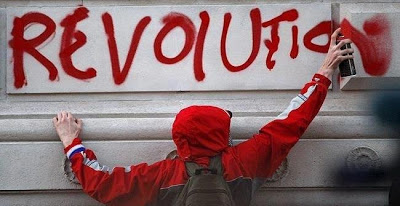 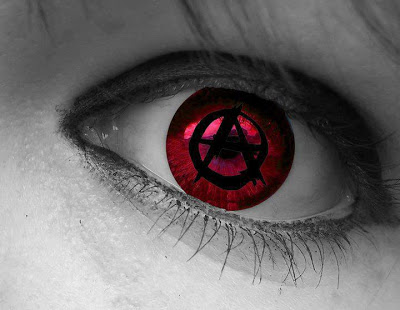 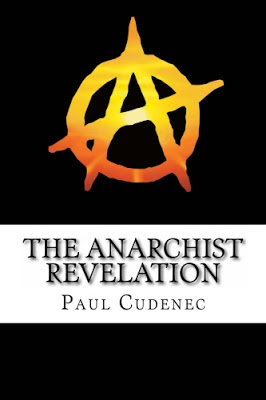 The Anarchist Revelation:
Being What We’re Meant to Be
is the latest work by activist and writer Paul Cudenec.

Here, he turns his back on contemporary trends of anarchism in a bid to reconnect with the primal force of its root ideology.
Cudenec notes the significance of its refusal of the state and its judicial system, of land ownership and of the need to work for wages in order to live.
But he goes further in suggesting that anarchism represents a whole way of thinking that stands in direct opposition to the blinkered materialism of contemporary society and its soul-stifling positivist dogma.He writes: “The anarchist does not merely stray outside the framework of acceptable thinking as carefully assembled by the prevalent system – she smashes it to pieces and dances on the wreckage.”
Cudenec explores the fluidity and depth of thinking found in anarchism, in stark contrast to Marxism, and identifies, in particular, a love of apparent paradox that seems to appeal to the anarchist psyche. He also sees a connection between and anarchism and esoteric forms of religion – such as Sufism, Taoism and hermeticism – whose inner light defies the crushing patriarchal conservatism and hierarchy of the exoteric institutions.
Cudenec provides evidence that anarchism’s roots lie partly in this life-embracing source of inspiration, the bringer of art and poetry as well as of resistance and revolt.
While, he argues, anarchism is incompatible with existing religions, it has the potential to harness its powerful ideology to this universal esoteric current and thus become the religion of the future, the spiritual and political revelation that will save humankind from a grim future of slavery, corruption and destruction.
In making his case, Cudenec draws on the work of anarchists such as Gustav Landauer, Michael Bakunin and Herbert Read. But he also widens the field of enquiry to include the philosophy of René Guénon, Herbert Marcuse and Jean Baudrillard; the existentialism of Karl Jaspers and Colin Wilson; the vision of Carl Jung, Oswald Spengler and Idries Shah, and the environmental insight of Derrick Jensen and Paul Shepard. With a fusion of scholarly research and inspiring polemic, Cudenec succeeds in forging a coherent and profound 21st century world-view with an appeal that will reach out far beyond those who currently term themselves anarchists.

Publications on anarchism have been thriving since the early 2000s. Yet, there is still a place for surprisingly unique releases. Paul Cudenec’s The Anarchist Revelation, recently published by Winter Oak Press in England is one such example. The book attempts no less than equipping contemporary anarchism with a footing that is often neglected: the transformation not only of society’s structures but also of people’s souls.

In order to achieve his goal, Cudenec embarks on a daring journey through the history of ideas. The list of references is long: Taoism, Sufism, the Bhagavad Gita, Nietzsche, Hesse, Huxley, C.G. Jung, Marcuse, Baudrillard, Zerzan, to name but a few. This alone will be reason enough for some folks to be skeptical: the list includes many non-anarchists, the danger of romanticizing non-Western traditions is evident, and when the likes of Oswald Spengler pop up, a fear for reactionary ideas corrupting a presumably progressive treatise is never far. Make no mistake, though: this is no hodgepodge of random notations, and no new age hocus-pocus disguised in anarchist colors. Cudenec’s text is well-structured, consistent in its arguments, and manages to address poetry, mysticism, and spirituality without regressing into lofty gibberish. It is never in doubt that the book is a serious attempt at helping us answer the ever relevant question of whether life can change with a rearrangement of social institutions alone, if we don’t change as human beings. This is not an either-or question of course, as social institutions determine personal development – but the opposite is true as well. As Cudenec puts it, it is not that “the message is an individualist one … The reason why individuals must follow this path is so that they can better channel and carry out the needs of the larger whole.” (vii)

In a kind of Landauerian twist of Nietzsche (readers who couldn’t care less about either can simply ignore this observation), Cudenec puts a strong emphasis on the figure of the “outsider”: “Being an ‘outsider’ is thus a stage in a personal transformation which we must all experience if we are ever to emerge from the perpetual self-obsessed adolescence encouraged by contemporary society.” (viii) Once again, the purpose of this stage is not to remain isolated, but to reunite with others as an individual better equipped for communal existence: “As instinctive outsiders, we free ourselves from the chains of society’s expectations only to find ourselves bearing an enormous burden of care for the well-being of the community. An extreme sense of personal freedom combined with an extreme sense of collective responsibility – this is the powerful creative tension at the heart of the anarchist psyche.” (85) The anarchist “revelation” that the book’s title alludes to is a consequence of these convictions: “It is not so much a revolution that is needed, but a revelation – a lifting of all the veils of falsity and a joyful rediscovery of the authentic core of our existence.” (121)

To speak of an “authentic core of our existence” or, as Cudenec does on other occasions, of a “human archetype” (19) or the possibility of failing to become “all that nature intended us to be” (25) easily evokes accusations of essentialism. Yet, if we look beyond the terminological difficulties, an important question is raised here: What is it that we, as anarchists, actually want and need? In the end, only an answer to this question can lay the foundation for the communities we are seeking.

Paul Cudenec’s work will mostly appeal to those who – in increasing numbers – explore the relations between anarchism and philosophy, psychology, and religion. People looking for in-depth analyses of governmental bodies, labor conditions, or gender and race relations might have to turn somewhere else. No single book has it all. The Anarchist Revelation has a clear purpose, however, that is, reflecting on the transformation of the self for the benefit of the community. Everyone interested in this mighty challenge will find the text to be an inspiring read.

Gabriel is well known to English-speaking anarchists for the likes of Life Under the Jolly Roger: Reflections on Golden Age Piracy (2010), Soccer vs. the State: Tackling Football and Radical Politics (2011), and for editing and translating Gustav Landauer’s Revolution and Other Writings (2010) and Liberating Society from the State and Other Writings (2011) by Erich Mühsam.