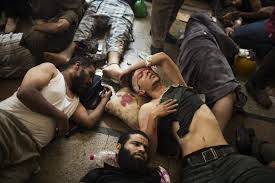 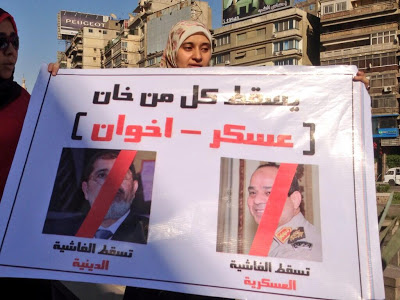 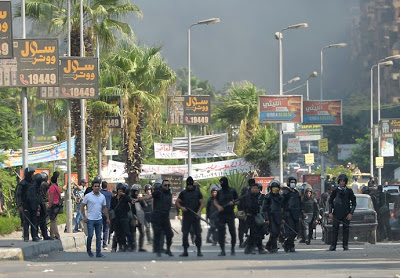 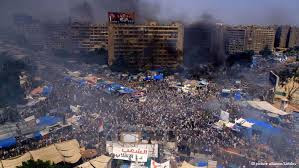 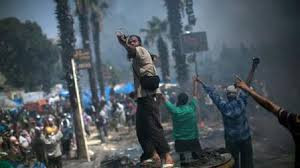 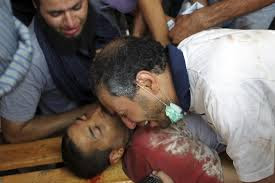 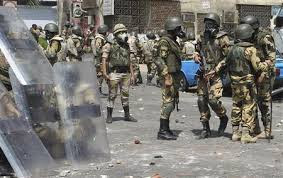 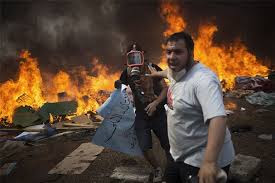 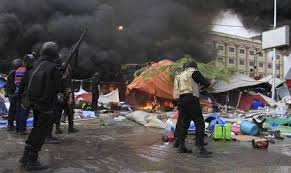 The events of the past couple of days are the latest step in a sequence of events by which the military can consolidate its hold on power, aim towards the death of the revolution and a return to a military/police state.

The authoritarian regime of the Muslim Brotherhood had to go. But what has replaced it is the true face of the military in Egypt – no less authoritarian, no less fascist and for sure more difficult to depose.

The massacre carried out by the army against pro-Morsi supporters in Nadha Square and Raba’a has left around 500 killed and up to 3000 injured (Ministry of Health figures- the reality is likely much higher). It was a pre-orchestrated act of state terrorism. It’s aim is to divide the people and push the Muslim Brotherhood to create more militia’s to revenge and protect themselves. This in turn will enable the army to label all Islamists as terrorists and produce an “internal enemy” in the country which will allow the army to keep the military regime in an ongoing state of emergency.

They go after the Muslim Brotherhood today, but they will come after anyone who dares to criticize them tomorrow. Already the army has declared a state of emergency for one month, giving the police and military exceptional powers, and a curfew has been declared in many provinces for the same amount of time from 7pm to 6am. This gives the army a free hand to crack down on dissent. It is a return to the days before the revolution, where emergency law had been in place since 1967 and it provided the framework for wide-spread repression and denial of freedoms.


The character of the new regime is clear. Just a few days ago 18 new governors were appointed, the majority of which hail from the ranks of the army/police or even remnants of the Mubarak regime. There has also been an ongoing attack on workers who continue to strike for their rights (such as the recent army attack and arrest of steel workers on strike in Suez). The military regime is also hunting for revolutionary activists, journalists have been beaten and arrested, foreigners have been threatened against being witness to events. Both local and global media has told half truths and built narratives supportive of a political agenda. The counter-revolution is in full flow and it knows how to break the unity of the people in its effort to divide and conquer.

In the past two days there has been a rise in sectarian reprisals, with up to 50 churches and christian institutions attacked. The army and police were not seen protecting these buildings of the Christian community. It is in the interest of both army and the Muslim Brotherhood to stoke tensions and create fear and hatred in the people. They will fight for their control of the State as people’s blood fills the streets.

We condemn the massacres at Raba’a and Nadha Square, the attacks on workers, activists and journalists, the manipulation of the people by those who vie to power, and sectarian attacks. For the revolution to continue the people must remain united in their opposition to the abuses and tyranny of power, against whoever it is directed.

In New Orleans, just outside the French Quarter, there’s a bit of stenciled graffiti on a

1. These events were not an aberration from democracy, because simply the
There are at least two ways to make music. The negative one
Historically, farms and forests have been at odds. Conventional wisdom says we
Colombia has seen massive anti-police protests in several cities in recent days
We are shocked by the news- our friend and comrade David Graeber
Go to Top