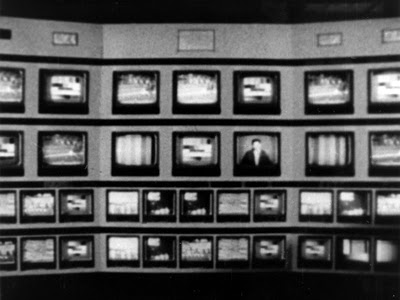 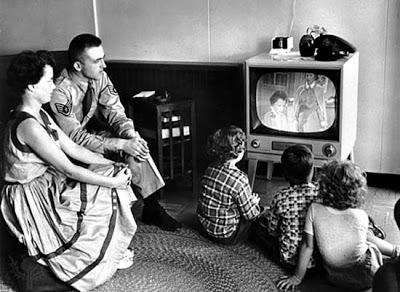 The text offers a clear intoduction to basic Marxist concepts like commodity fetishim and surplus value; it also traces the transformation of human activity into capital. What sustains capitalism? Our acceptance of everyday activities.

The everyday practical activity of tribesmen reproduces, or perpetuates, a tribe. This reproduction is not merely physical, but social as well. Through their daily activities the tribesmen do not merely reproduce a group of human beings; they reproduce a tribe, namely a particular social form within which this group of human beings performs specific activities in a specific manner. The specific activities of the tribesmen are not the outcome of “natural” characteristics of the men who perform them, the way the production of honey is an outcome of the “nature” of a bee. The daily life enacted and perpetuated by the tribesman is a specific social response to particular material and historical conditions. The everyday activity of slaves reproduces slavery. Through their daily activities, slaves do not merely reproduce themselves and their masters physically; they also reproduce the instruments with which the master represses them, and their own habits of submission to the master’s authority. To men who live in a slave society, the master-slave relation seems like a natural and eternal relation. However, men are not born masters or slaves. Slavery is a specific social form, and men submit to it only in very particular material and historical conditions.

The practical everyday activity of wage-workers reproduces wage labor and capital. Through their daily activities, “modern” men, like tribesmen and slaves, reproduce the inhabitants, the social relations and the ideas of their society; they reproduce the social form of daily life. Like the tribe and the slave system, the capitalist system is neither the natural nor the final form of human society; like the earlier social forms, capitalism is a specific response to material and historical conditions .
…..
By selling their labor, by alienating their activity, people daily reproduce the personifications of the dominant forms of activity under capitalism, they reproduce the wage-laborer and the capitalist. They do not merely reproduce the individuals physically, but socially as well; they reproduce individuals who are sellers of labor-power, and individuals who are owners of means of production; they reproduce the individuals as well as the specific activities, the sale as well as the ownership. Every time people perform an activity they have not themselves defined and do not control, every time they pay for goods they produced with money they received in exchange for their alienated activity, every time they passively admire the products of their own activity as alien objects procured by their money, they give new life to Capital and annihilate their own lives.
…..
In terms of capitalist society as a whole, the total Capital is equal to the sum of unpaid labor performed by generations of human beings whose lives consisted of the daily alienation of their living activity. In other words Capital, in the face of which men sell their living days, is the product of the sold activity of men, and is reproduced and expanded every day a man sells another working day, every moment he decides to continue living the capitalist form of daily life.
……
Under capitalism, social relations are not established directly; they are established through value. Everyday activity is not exchanged directly; it is exchanged In the form of value. Consequently, what happens to living activity under capitalism cannot be traced by observing the activity itself, but only by following the metamorphoses of value.
…….
As soon as a person sells his labor to a capitalist and accepts only a part of his product as payment for that labor, he creates conditions for the purchase and exploitation of other people. No man would willingly give his arm or his child in exchange for money; yet when a man deliberately and consciously sells his working life in order to acquire the necessities for life, he not only reproduces the conditions which continue to make the sale of his life a necessity for its preservation; he also creates conditions which make the sale of life a necessity for other people. Later generations may of course refuse to sell their working lives for the same reason that he refused to sell his arm; however each failure to refuse alienated and forced labor enlarges the stock of stored labor with which Capital can buy working lives.
…..
Anything which can be transformed into a marketable good is grist for Capital’s mill, whether it lies on the capitalist’s land or on the neighbor’s, whether it lies above ground or under, Boats on the sea or crawls on its floor; whether it is confined to other continents or other planets. All of humanity’s explorations of nature, from Alchemy to Physics, are mobilized to search for new materials in which to store labor, to find new objects that someone can be taught to buy. Buyers for old and new products are created by any and all available means, and new means are constantly discovered. “Open markets” and “open doors” are established by force and fraud. If people lack the means to buy the capitalists’ products, they are hired by capitalists and are paid for producing the goods they wish to buy; if local craftsmen already produce what the capitalists have to sell, the craftsmcn are ruined or bought-out; if laws or traditions ban the use of certain products, the laws and the traditions are destroyed; if people lack the objects on which to use the capitalists’ products, they are taught to buy these objects; if people run out of physical or biological wants, then capitalists “satisfy” their “spiritual wants” and hire psychologists to create them; if people are so satiated with the products of capitalists that they can no longer use new objects, they are taught to buy objects and spectacles which have no use but can simply be observed and admired.
….
you can read all the text in: http://www.spunk.org/library/writers/perlman/sp001702/repro.html