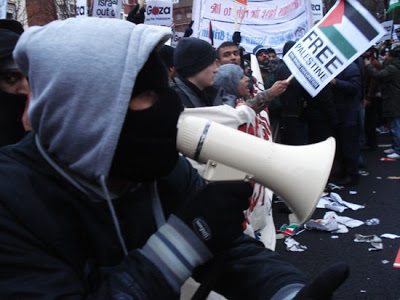 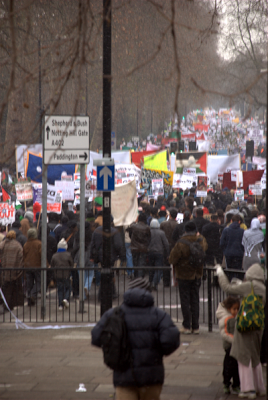 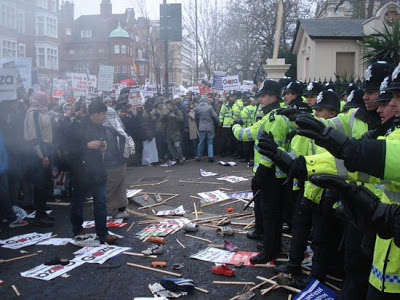 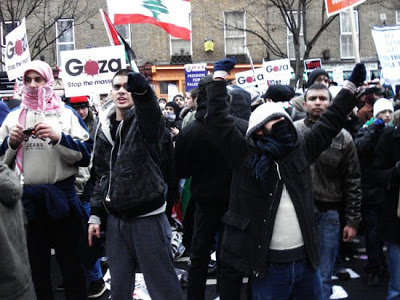 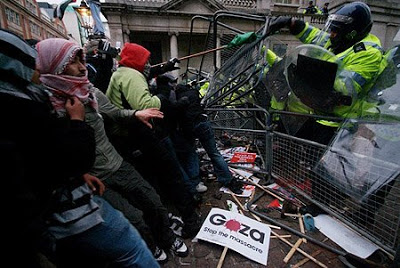 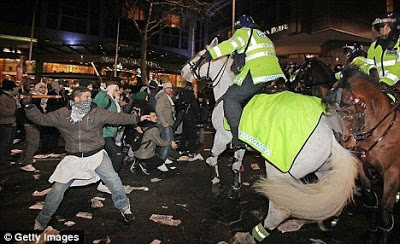 In 10 January 2009 around 75,000 people gathered in London to express their disgust at the barbaric invasion of Gaza by the Israeli military. Demonstrators marched to the Israeli embassy and were met by police who had clearly planned for a violent confrontation. Police in riot armour and Nato helmets were deployed from within the embassy after shoes were thrown at it and the situation quickly transforms into rioting a short while later. A Starbucks coffee shop was completely wrecked by protesters in Kensington. Protesters knocked down barriers threw projectiles, including eggs, red paint, sticks and shoes as 300 officers in full riot gear tried to control them. A number of people are injured, some seriously. At least one cop was hospitalized.