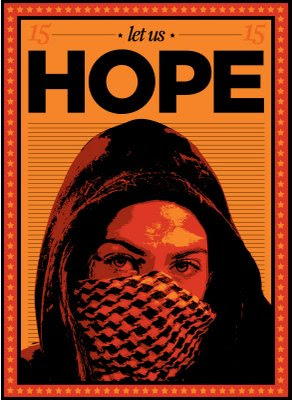 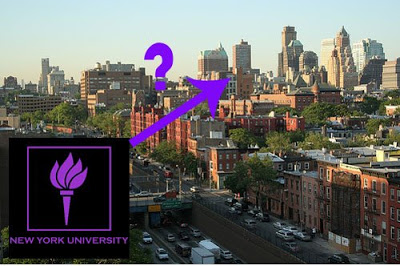 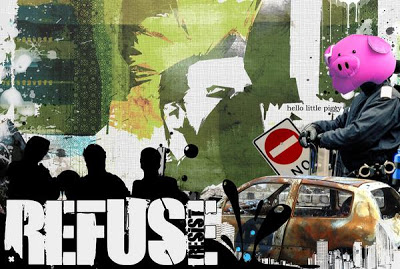 We are expressing our solidarity to the occupation of New York University…All you students, activists and friends from New York you have to know that we will fight here for all of you as you fight for us there …We are happy that you can liberate your time and space and you can fight to take back your basic rights as students of university and human beings…As you stay in the belly of the capitalistic mega-machine, as you fight in the center of the elitist’s black darkness that pollutes the planet and destroys the cultures of this world, as you fight in the center of the Empire…you have to remember that we are millions of people out there in the planet that take part in you struggle, people in all different countries, in all different workplaces, in all different schools and universities…Keep your spirit in great enthusiasm!…Whenever we exist in action, whenever our actions achieves visibility, thousands of new comrades appears in our side in all the planet, thousands of new visions comes from the collective mind to the streets of our cities! Keep the Fight! WE ARE WINNING!
S.O.S. MESSAGE TO THE FRIENDS OF VOID NETWORK: 1/ We propose to the Void Network cells and friends in New York to participate in the occupation of the university and help in all ways /2/ We propose to the international solidarity movement to forward the message, the demands and the site of the occupation to as many as possible emails and lists: http://takebacknyu.com/ /3/ We propose to all of you spending two minutes and send a letter to the NYU administration with the help of the student-activists in this link: http://takebacknyu.com/2009/02/20/letter-to-nyu-administration/
Void Network
http://voidnetwork.blogspot.com
Wed 2/18 Updates)
NYU students and other city students
in solidarity have taken NYU.
By SingleSpark ****FOR IMMEDIATE RELEASE******

At approximately 10pm tonight (Feb. 18), students of Take Back NYU! took over the Kimmel Marketplace. They have blockaded the doors and declared an occupation! They presented their demands to the NYU administration. They read as follows:

We, the students of NYU, declare an occupation of this space. This occupation is the culmination of a two-year campaign by the Take Back NYU! coalition, and of campaigns from years past, in whose footsteps we follow.

In order to create a more accountable, democratic and socially responsible university, we demand the following:

1. Full legal and disciplinary amnesty for all parties involved in the occupation.

2. Full compensation for all employees whose jobs were disrupted during the course of the occupation.

3. Public release of NYU’s annual operating budget, including a full list of university expenditures, salaries for all employees compensated on a semester or annual basis, funds allocated for staff wages, contracts to non-university organizations for university construction and services, financial aid data for each college, and money allocated to each college, department, and administrative unit of the university. Furthermore, this should include a full disclosure of the amount and sources of the university’s funding.

5. That the NYU Administration agrees to resume negotiations with GSOC/UAW Local 2110 – the union for NYU graduate assistants, teaching assistants, and research assistants. That NYU publicly affirm its commitment to respect all its workers, including student employees, by recognizing their right to form unions and to bargain collectively. That NYU publicly affirm that it will recognize workers’ unions through majority card verification.

6. That NYU signs a contract guaranteeing fair labor practices for all NYU employees at home and abroad. This contract will extend to subcontracted workers, including bus drivers, food service employees and anyone involved in the construction, operation and maintenance at any of NYU’s non-U.S. sites.

7. The establishment of a student elected Socially Responsible Finance Committee. This Committee will have full power to vote on proxies, draft shareholder resolutions, screen all university investments, establish new programs that encourage social and environmental responsibility and override all financial decisions the committee deems socially irresponsible, including investment decisions. The committee will be composed of two subcommittees: one to assess the operating budget and one to assess the endowment holdings. Each committee will be composed of ten students democratically elected from the graduate and under-graduate student bodies. All committee decisions will be made a strict majority vote, and will be upheld by the university. All members of the Socially Responsible Finance Committee will sit on the board of trustees, and will have equal voting rights. All Socially Responsible Finance Committee and Trustee meetings shall be open to the public, and their minutes made accessible electronically through NYU’s website. Elections will be held the second Tuesday of every March beginning March 10th 2009, and meetings will be held biweekly beginning the week of March 30th 2009.

8.That the first two orders of business of the Socially Responsible Finance committee will be:
a) An in depth investigation of all investments in war and genocide profiteers, as well as companies profiting from the occupation of Palestinian territories.
b) A reassessment of the recently lifted of the ban on Coca Cola products.

9. That annual scholarships be provided for thirteen Palestinian students, starting with the 2009/2010 academic year. These scholarships will include funding for books, housing, meals and travel expenses.

10. That the university donate all excess supplies and materials in an effort to rebuild the University of Gaza.

11. Tuition stabilization for all students, beginning with the class of 2012. All students will pay their initial tuition rate throughout the course of their education at New York University. Tuition rates for each successive year will not exceed the rate of inflation, nor shall they exceed one percent. The university shall meet 100% of government-calculated student financial need.

12. That student groups have priority when reserving space in the buildings owned or leased by New York University, including, and especially, the Kimmel Center.

13. That the general public have access to Bobst Library.

Along with this, students have issued a