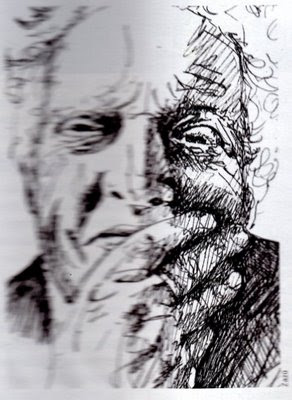 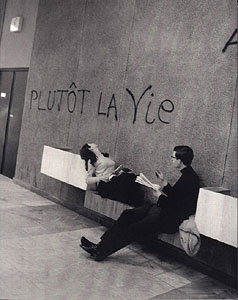 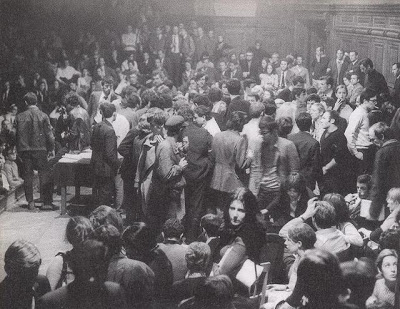 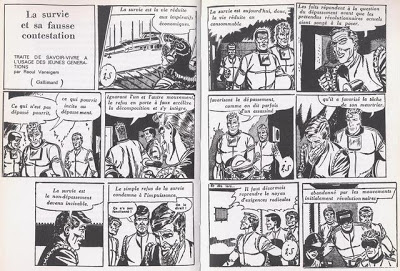 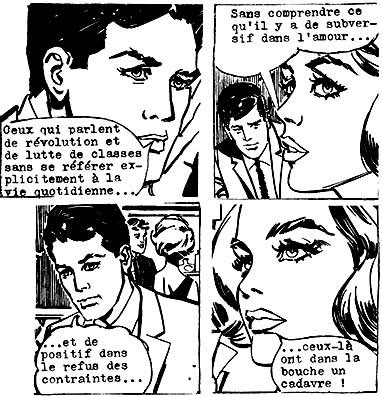 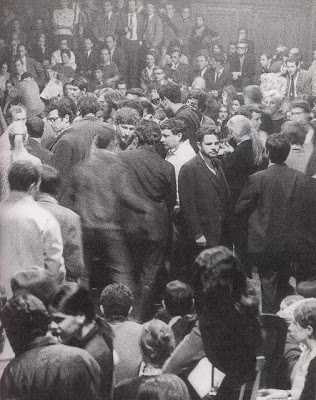 RV: I don’t claim that life is ageless. But since survival is nothing but permanent agony relieved by premature death, a renatured life that cultivates its full potential for passion and creation would surely achieve enough vitality to delay its endpoint considerably.

HUO: The Revolution of Everyday Life was a trigger for May ’68, and you have stated in other interviews that it is your key book that you are continually rewriting. Was the book an epiphany? How did it change the course of your work? What had you been doing previously?
RV: The book was prompted by an urgent need I was feeling at the time for a new perspective on the world and on myself, to pull me out of my state of survival, by means other than through suicide. This critical take on a consumer society that was corrupting and destroying life so relentlessly made me aware and conscious of my own life drive. And it became clear to me very quickly that this wasn’t a purely solipsistic project, that many readers were finding their own major concerns echoed there.
HUO: The Revolution of Everyday Life ends on an optimistic note: “We have a world of pleasures to win, and nothing to lose but boredom.”4 Are you still an optimist today?
RV: “Pessimists, what is it you were hoping for?,” Scutenaire wrote. I am neither a pessimist nor an optimist. I try to remain faithful to a principle: desire everything, expect nothing.
HUO: What is the most recent version of the book?
RV: Entre le deuil du monde et la joie de vivre [Between Mourning the World and Exuberant Life].
HUO: What book are you working on at the moment?

RV: I would love to have the resources to complete a Dictionary of Heresies, so as to clarify and correct the historical elements included in The Movement of the Free Spirit and Resistance to Christianity.

HUO: The question of temporality also brings us to Proust and his questionnaire (see inset). What might your definition of happiness be in 2009?
RV: Living ever more intensely and passionately in an ever more intense world. To those who sneer at my ecstatic candor, I reply with a phrase that brings me great comfort: “The desire for an other life is that life already.”5
HUO: Do you have unrealized projects? Unrealized books, unrealized projects in fields other than writing, unrealized architectural projects?
RV: My priority is to live better and better in a world that is more and more human. I would love to build the “urban countryside” of Oarystis, but I’m not just waiting patiently, like Fourier at the Palais Royal, for some billionaire to decide to finance the project only to lose everything to the financial crash a minute later.
HUO: What about your collaborations with other artists, painters, sculptors, designers, filmmakers?
RV: I don’t collaborate with anyone. At times I have offered a few texts to artist friends, not as a commentary on their work but as a counterpoint to it. Art moves me when, in it, I can sense its own overcoming, something that goes beyond it; when it nurtures a trace of life that blossoms as a true aspiration, the intuition of a new art of living.
HUO: Could you tell me about Brussels? What does Brussels mean to you? Where do you write?
RV: I live in the country, facing a garden and woods where the rhythm of the seasons has retained its beauty. Brussels as a city has been destroyed by urbanists and architects who are paid by real estate developers. There are still a few districts suitable for nice walks. I am fond of a good dozen wonderful cafés where one can enjoy excellent artisanal beers.
HUO: Do you agree with Geremek’s view that Europe is the big concern of the twenty-first century?
RV: I am not interested in this Europe ruled by racketeering bureaucracies and corrupt democracies. And regions only interest me once they are stripped of their regionalist ideology and are experiencing self-management and direct democracy. I feel neither Belgian nor European. The only homeland is a humanity that is at long last sovereign.
HUO: You have used a lot of pseudonyms. Je est un autre [I is an other]? How do you find or choose pseudonyms? How many pseudonyms have you used? Is there a complete list?
RV: I don’t keep any kind of score. I leave it up to the inspiration of the moment. There is nothing secret about using a pseudonym. Rather, it is about creating a distance, most often in commissioned work. This allows me to have some fun while alleviating my enduring financial difficulties, which I have always refused to resolve by compromising with the world of the spectacle.
HUO: A book that has been used by many artists and architects has been your Dictionnaire de citations pour servir au divertissement et a l’intelligence du temps [Dictionary of Quotations for the Entertainment and Intelligence of Our Time]. Where did that idea come from?
RV: It was a suggestion from my friend Pierre Drachline, who works for the Cherche Midi publishing house.
HUO: You have often criticized environmental movements who try to replace existing capitalism with capitalism of a different type. What do you think of Joseph Beuys? What non-capitalist project or movement do you support?
RV: We are being “offered” biofuels on the condition we agree to transgenic rapeseed farming. Eco-tourism will accelerate the plundering of our biosphere. Windmill farms are being built without any advantage to the consumers. Those are the areas where intervention is possible. Natural resources belong to us, they are free, they must be made to serve the freedom of life. It will be up to the communities to secure their own energy and food independence so as to free themselves from the control of the multinationals and their state vassals everywhere. Claiming natural power for our use means reclaiming our own existence first. Only creativity will rid us of work.
HUO: Last but not least, Rilke wrote that wonderful little book of advice to a young poet. What would your advice be to a young philosopher-writer in 2009?
RV: To apply to his own life the creativity he displays in his work. To follow the path of the heart, of what is most alive in him.
1 See Immanuel Wallerstein, Utopistics: Or, Historical Choices of the Twenty-first Century (New York: The New Press, 1998).
2 Quoted in Richard Kostelanetz, Conversing with Cage, 2nd ed. (New York: Routledge, 2003), 34.
3 Raoul Vaneigem, Ni pardon ni talion: La question de l’impunité dans les crimes contre l’humanité (Paris: Editions La Découverte, 2009).
4 Raoul Vaneigem, The Revolution of Everyday Life, trans. Donald Nicholson-Smith (Welcombe, UK: Rebel Press, 2001), 279.
5 See Raoul Vaneigem, “Le désir d’une vie autre est déjà cette vie-là,” Cahiers internationaux de symbolisme 119–121 (2008): 193–194.
Hans Ulrich Obrist is a Swiss curator and art critic. In 1993, he founded the Museum Robert Walser and began to run the Migrateurs program at the Musée d’Art Moderne de la Ville de Paris where he served as a curator for contemporary art. In 1996 he co-curated Manifesta 1, the first edition of the roving European biennial of contemporary art. He presently serves as the Co-Director, Exhibitions and Programmes and Director of International Projects at the Serpentine Gallery in London.
Raoul Vaneigem is a Belgian writer and philosopher. After studying romance philology at the Free University of Brussels (now split into the Université Libre de Bruxelles and the Vrije Universiteit Brussel) from 1952 to 1956, he participated in the Situationist International from 1961 to 1970. His most well-known book, The Revolution of Everyday Life, was published in 1967, the same year as fellow situationist Guy Debord’s Society of the Spectacle.
from http://www.e-flux.com/journal/view/62 — the issue has a number of other interesting articles
Tags: international situationistsRaul Vaneigem