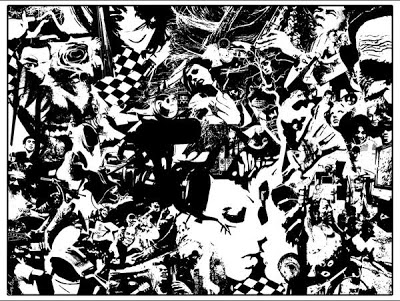 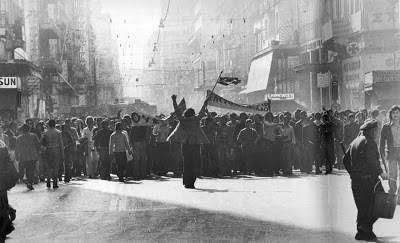 From 1968 to the East Asian Uprisings of the 1980s and 1990s (Gwangju, South Korea in particular) a new type of popular uprising has appeared. Often dubbed “people power” these protests reveal how thousands of ordinary people, acting together in the streets, exhibit an intelligence far greater than elites which today rule over nation-states and international economic institutions. While our elites make wars and preside over a world system in which millions starve to death, ordinary citizens seek to create a world of peace and security. A global uprising against war and neoliberalism could help create a world based on human Love for each other–Eros.

for further reading on Eros Effect and People’s Power please navigate in the important essay “The Eros Effect” by George Katsiaficas : http://www.eroseffect.com/articles/eroseffectpaper.PDF

Navigate also to the site of George Katsiaficas:
http://www.eroseffect.com/

* George Katsiaficas, a student of Herbert Marcuse, and long-time activist, he is the author of The Imagination of the New Left: A Global Analysis of 1968. His book, The Subversion of Politics: European Autonomous Social Movements and the Decolonization of Everyday Life. Among his edited volumes are Liberation, Imagination and the Black Panther Party (with Kathleen Cleaver) and Vietnam Documents: American and Vietnamese Views of the War. George Katsiaficas is currently living in Gwangju, South Korea. A visiting professor of sociology at Chonnam National University, he is finishing research on East Asian uprisings in the 1980s and 1990s.