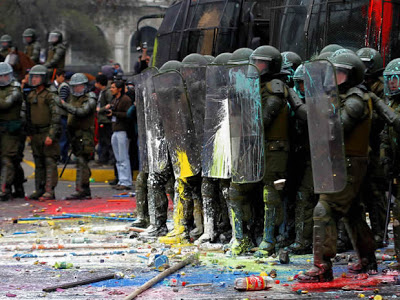 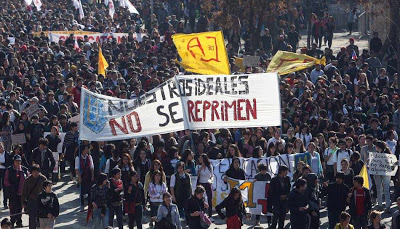 During the education protests in Chile, the students took over schools and streets, demanding free education, and an end to the privatisation of their institutions.
Almost four decades after the dictator Augusto Pinochet implemented this free-market based management of education, the protests are causing a political crisis for the country’s president, Sebastian Pinera. What are the underlying causes that drive the anger?
This short documentary portrays the Chilean student movement during their fight in a country plagued by economic inequality, as the demonstrations in Chile coincide with protests erupting worldwide.
Tags: Chile Mapuche Anarchy International Solidarity Global Civil War MovementOCCUPY EVERYTHING Student struggle

“I do not demand any right, therefore I need not recognize any either.” — M. Stirner