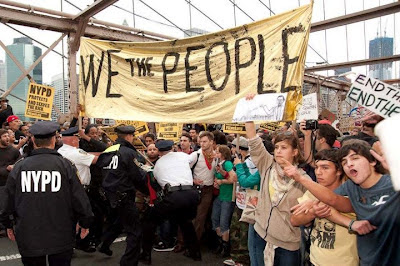 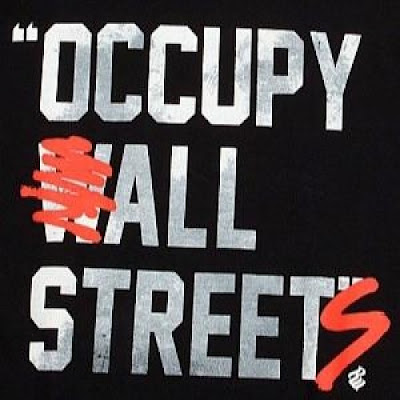 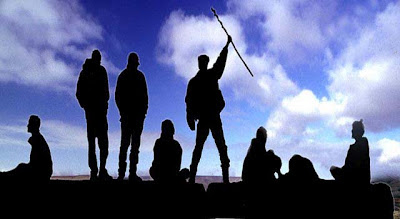 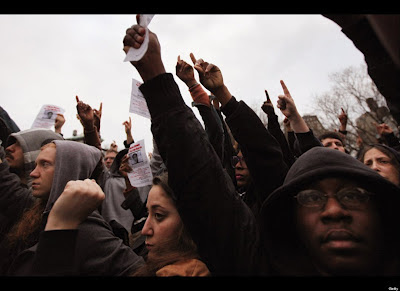 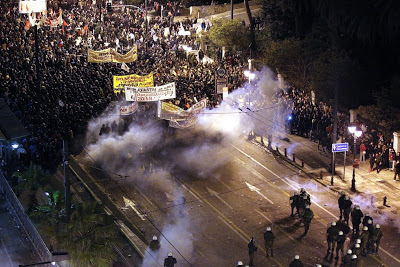 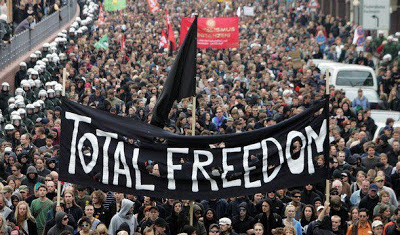 Commemorating one year from Occupy Wall street movement and the movement of open public assemblies in thousands of squares, parks and streets all over the world, the anarchist anthropologist David Graeber speaks about the past and the future of exploitation and global revoltwith the poet and writer from Greece Tasos Sagris from Void Network (co-editor of the book “We Are an Image from the Future / The Greek Revolt of Dec. 2008”, AKPress).

Tasos Sagris: During summer 2011 all major cities of this planet faced mass riots and demonstrations. During all these period Void Network was spreading everywhere the graffiti “WeWon’t Live like Slaves”. In your book “Debt, the first 5000 years” you try to write a history for people without history and observe common subjects with uncommon ways. Can you explain us in short terms how Work, Money and Debt are historical ways of enslavement, exploitation and violent domination in our days like they were for thousands of years now?


David Graeber: One realization really startled me when researching the book: that is, the realization that throughout human history, most people have been in debt. Think about it for a second. Could the majority of the human race really be improvident failures unable to manage their affairs, and thus justly dependent on the rich? Of course not. Rather, states and elites have always colluded to ensure that their subjects become debtors; not least, because debt is the easiest way to take a relation of violent inequality, of violent extraction, and make it seem not only moral, but make it seem like it’s the victim who’s to blame. That’s why mafiosi always dress up extortion in a language of debt. But it’s the same with conquering armies, and gradually, all ruling classes seem to figure out the trick. So debt produces a form of slavery that seems voluntary; “well, you didn’t have to take the loan out to begin with, did you” – though, in fact, the vast majority of loans in history were not commercial loans, voluntarily undertaken, but loans taken for survival by small farmers or craftsmen who had lost the networks of mutual aid that could have otherwise kept them afloat in hard times, or loans to pay taxes or some similar government extraction. In the colonial world you can see it happening quite clearly because colonial governments were very explicit about using tax policy as ways to get everyone into debt so as to extract more and more work out of them.
The same is true of wages by the way. In a technical way, loans and wages are very similar. They’re both based on an illusion of equality: except, we are supposed to pretend that two independent, legally equal individuals enter into a contract not to be equals any more: in one case, as a debtor, until the loan is repaid, the other, as a laborer. Obviously, in each case, the money flows in opposite directions. But when you start exploring the historical origins of either, you end up in slavery again. Debt was used as the main way to turn people into slaves, or to get them to sell off members of their families as slaves. But most early wage laborers actually were slaves. That’s true in ancient Greece, to the Medieval port cities of the Indian Ocean. Free people almost invariably refused to work for others wages (except maybe, in democratic Athens, for the state, since that wasn’t seen as working for others but for the demos, which included oneself.)  The first wage laborers were always slaves that were being rented out by their masters: the owner got a half share of the wage, the slave got the rest for upkeep. In a fascinating ideological twist, capitalists have managed to take what was always considered a form of slavery and to present it to us as the very essence of human freedom.

Tasos Sagris: Anarchists and antiauthoritarians offered a lot until now to the movements of our times. Among them the most popular are the diversity of Direct Democratic ways of organizing, the non hierarchical decision making processes, the self-organization, the consensus, the non representation and the uncompromised non negotiation with the authorities. Even though it seems that anarchists really lack, for the moment, clear political propositions for solving the every day life problems of our century or a clear strategy for destroying 21st century capitalism…what can be a way  for bringing the movement of the movements further towards the direction of real social, economic and cultural emancipation?

David Graeber: In the US, at least, we’re trying to build a genuinely democratic culture – a matter of habits of horizontal decision-making, skills, capacities, that have never really existed before except among some very isolated populations like Quakers and Native Americans. It’s not so much the institutions, necessarily (which can always be improvised when we need them) but the habits. Most US citizens don’t have the slightest idea how to conduct themselves democratically. Or even how to think democratically – hence, for example, the notion of “public opinion.” Opinions are what you have when you have no power. The rulers don’t have opinions. They have policies. Policies are what you have when you’re inflicting on something on people who have no say, just opinions. We need to get rid of both. One things really start to fall apart, and we enter into crisis mode, people are going to have to decide what to turn to: the right, which will offer some new form of violent post-apocalyptic authoritarianism, some kind of mafia system, or a more horizontal solution. The verticals will be able to offer a certain stark efficiency, but systems like that are ultimately stupid and inflexible, because they’re unimaginative.  Our systems will be far more intelligent, but we’ll never be as good at violence. We’ll have to develop some really strong capacities for effective democratic organization, and making it pleasurable, fun, and satisfying as well as just effective, in order to be able to win out nonetheless.

3. Political Violence and Tactics of Struggle

Tasos Sagris: The anarchists all over the world accuse the pacifists for causing victimization of the people and spirit of defeatism in the movements. The liberals in America accuse Anarchists for alienating the people through violent tactics and direct actions. The media all around the world spread fear and massive stupidity. In north Africa the “Arab spring” is lost in the smoke of armed street fights, Nato air bombings and rich gangs of Islamic fundamentalism. In western metropolis crisis becomes the best excuse for the reappearance of racism and neonazism and the street violence of youth gangs becomes more and more uncontrollable. The hate and anger is everywhere, you can feel it. Can we offer new directions to all these anger? What signifies historically the difference between political violence and street gang hooliganism?

David Graber: We have to be realistic about the role of violence. Violence is the enemy’s strongest card to play, because violence – especially organized violence – the one form of stupidity to which it’s almost impossible to come up with an intelligent response. We have to remember that violence is ultimately a form of stupidity. That doesn’t mean we don’t do it – there are many situations where we simply have no choice, it’s the only way to confront the massive violence and stupidity of the system. But it will never be how we win. Because violence is also one of the very few things that tends to be more effective if done in a top-down, command structure fashion. We’re never going to defeat the 101st Airborne Division in a stand-up battle in the street. And anyway they have nukes. So the end-game has got to be to maneuver the enemy into a position where the people they send to shoot us refuse to do so, or simply go home, or join us. Now, obviously, we’re not going to maneuver the  enemy into that position if we’re practicing pure Gandhian non-violence either.
I agree with the APPO movement in Oaxaca: both Gandhian non-violence, and outright armed insurrection (at least if it continues for any time), will necessarily end up producing vertical structures and destroying democracy. But there’s an enormous territory to be explored in between.
As for hooliganism – well, I guess the other real problem with violence is that it’s so terribly seductive, almost drug-like in its addictive qualities, once you get over the initial inhibitions. I think anthropology provides some useful insight here. One thing it teaches us quite clearly is that groups that consist exclusively – or almost exclusively – of young males from about 15-25 are really bad news (think about the atrocities of national armies all over the world!). The key thing I suspect is to make sure your groups that are prepared to engage in militant tactics if they have to be mixed in terms of age and especially gender and to ensure that they spend most of their time collaborating on something other than violence.

Tasos Sagris: If the “future is uncertain and the end is always near” (especially after Global warming did this clear)… can we think the movements of 2011-2012 as the beginning of a new global revolutionary era or they are just the last glimpses of the great revolutions of the past just before the greatest domination of Global capitalism ever?

David Graber: I doubt the coming years will look precisely like what we think a revolution should look like, but probably most revolutions in the past haven’t looked like what we think they should look like for those living through them.
I agree with Immanuel Wallerstein that future historians will be talking about the “world revolution of 2011” – in much the same way as they talk about 1848 or 1968, which also didn’t involve any outright seizures of power or revolutionary regimes. And anyway what sort of criteria is that for an anarchist? Such revolutions transform political common sense, our horizons of possibility, and I think that’s already happened. But even more: I think historians will remember this moment as the beginning of the struggles over the dismantling of the US military-financial empire. It will be dismantled. The struggles are over what form the next thing will take.