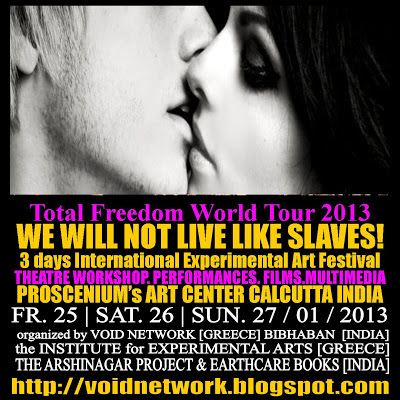 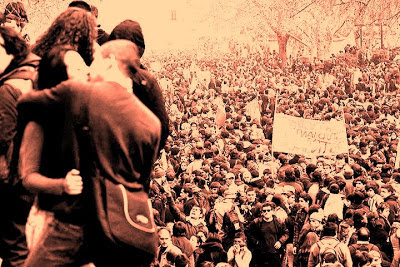 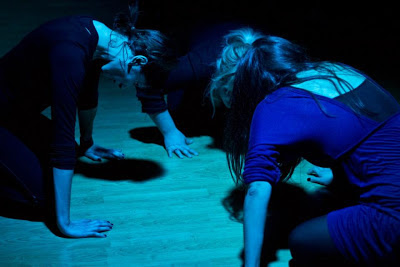 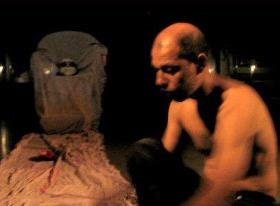 Total Freedom World Tour 2013
WE WILL NOT LIVE LIKE SLAVES!
3 days International
Experimental Art Festival
FR. 25/ SAT. 26/ SUN. 27
JANUARY 2013
PROSCENIUM’s ART CENTER / CALCUTTA / INDIA
46 A.J.C Bose Road , Kolkata-700016
(Ripon Street Crossing)
Further details call-9433048741
Friday 25 + Saturday 26
January 2013
+ the Institute [for Experimental Arts]
from Athens Greece
presents
“Freedom of Expression”
2 days Drama Workshop
daily from 11.00 a.m. to 16.00 p.m.
Offering answers to the fundamental Questions of the Art of Drama Acting (character, action, feeling) the Workshop is based on practical exercises that cultivate our tools of expression. The Workshop is an open invitation to experienced cinema or theatre actors as also to people that would like to come in contact for first time with the Theatre Art and empower their freedom of expression

4th World War – taken from a speech by Marcos calling the war against globalization the 4th World War – is a brief documentary of radical resistance to global capitalism
“4th World War” is the war of capitalism against the communities, the war of money against the people. Despite the titanic struggles of dispossessed peoples around the world, the wealth of nations continues to reside in fewer and fewer hands. The economies of poor countries collapse under vicious IMF neo-liberal policies, and capitalism’s global elites thrive ever and ever upward. Meanwhile, people keep struggling… From the front-lines of conflicts in Mexico, Argentina, South Africa, Palestine, Korea, from Seattle to Genova, from New York, to Afghanistan, and Iraq this is the story of men and women around the world who resist this war. 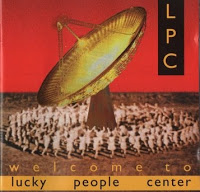 “Lucky People Center International” takes us on a journey around the world, navigating us on people’s inner life. The use of music, rhythm and the pulsating form of the film provide a fresh approach to documentary filming and explore the ways of liberation that start from deep within the human spirit. The film team spent two years travelling the world looking for people and ways of living reflecting the world at the beginnings of 21st century. The people we meet open different doors to common understandings, and embody different emancipatory tendencies in a world characterized by exploitation and suffering. Buddhists from Tibet, Shadus from India, Voodoo priests from Africa, Indigenous Tribesmen and Modern  Explorers of Metropolis melt together creating a global map of freedom and psychic adventure. Dreams, happiness, a sense of quest, critical thinking and expression of feelings and ideas are seen to be matters of concern for all life on earth. Through this film we encounter many different ways from all around the planet that people use to change their inner life, their way of thinking and transform their societies…