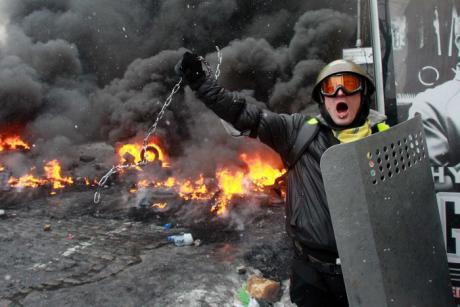 The far-right in Ukraine are acting as
the vanguard of a protest
movement that is being reported
as pro-democracy.
The situation on the ground
is not as simple as pro-EU and trade
versus pro-Putin and Russian hegemony
in the region. 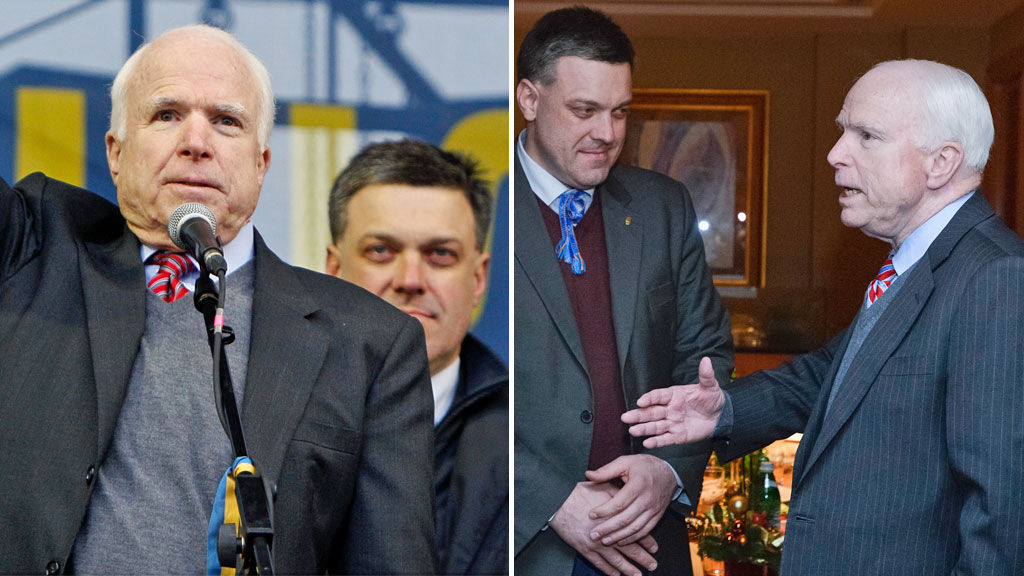 When US Senator John McCain dined with Ukraine’s
opposition leaders in December, he shared
a table and later a stage with the leader
of the extreme far-right Svoboda party
Oleh Tyahnybok. 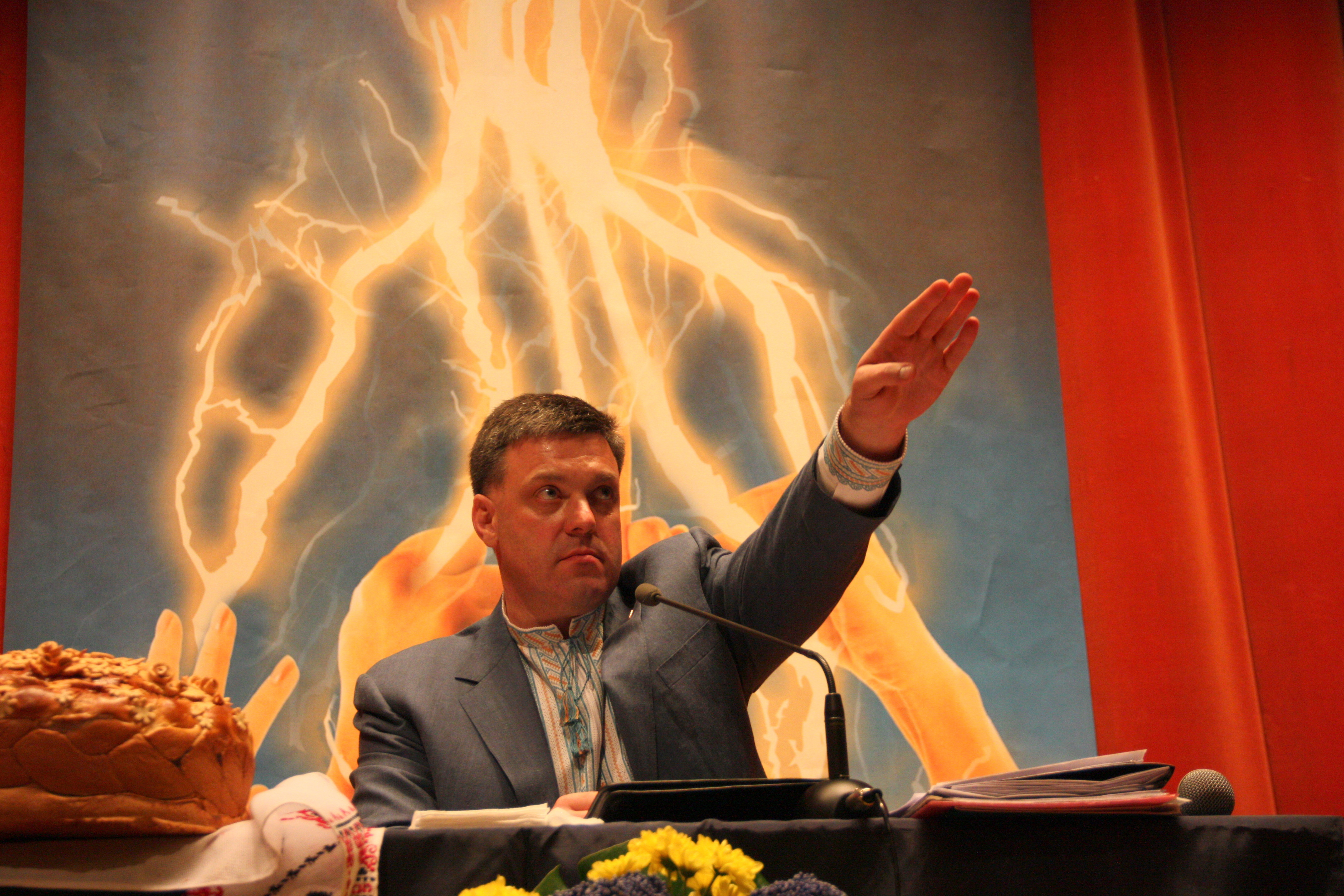 This is Oleh Tyahnybok, he has claimed
a “Moscow-Jewish mafia” rule Ukraine
and that “Germans, Kikes and other scum”
want to “take away our Ukrainian state.” 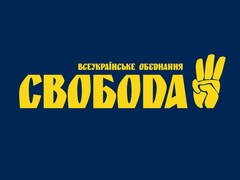 This is the party’s logo, it can be seen on
flag throughout the crowds in Kiev every day.
Svoboda is Ukraine’s fourth biggest
party holding 36 seats out of 450 in parliament.
They’re also part of the
Alliance of European National Movements along
with the BNP and Jobbik.

This is their old logo, a Wolfsangel rune,
a common symbol for European neo-Nazi
organizations. It was also the symbol
of the Patriots of Ukraine,
a paramilitary organisation that Svoboda
went hand in hand with until 2004. 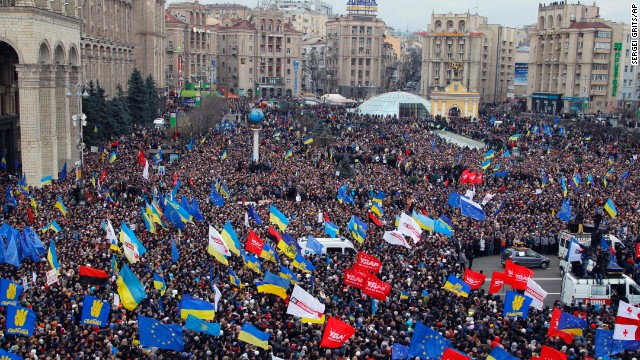 A typical crowd shot of Kiev’s protests,
Svoboda and their fellow travellers have been
present throughout the protests. 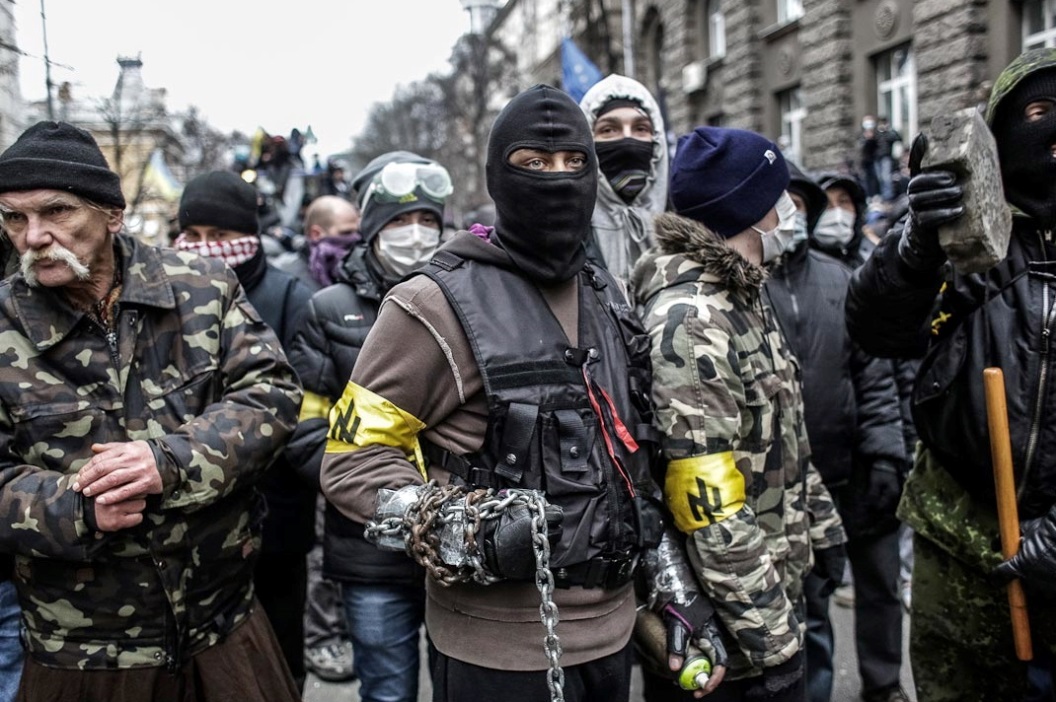 Here we see a battalion of Patriots of Ukraine
paramilitaries tooled up in the midst
of the protests. 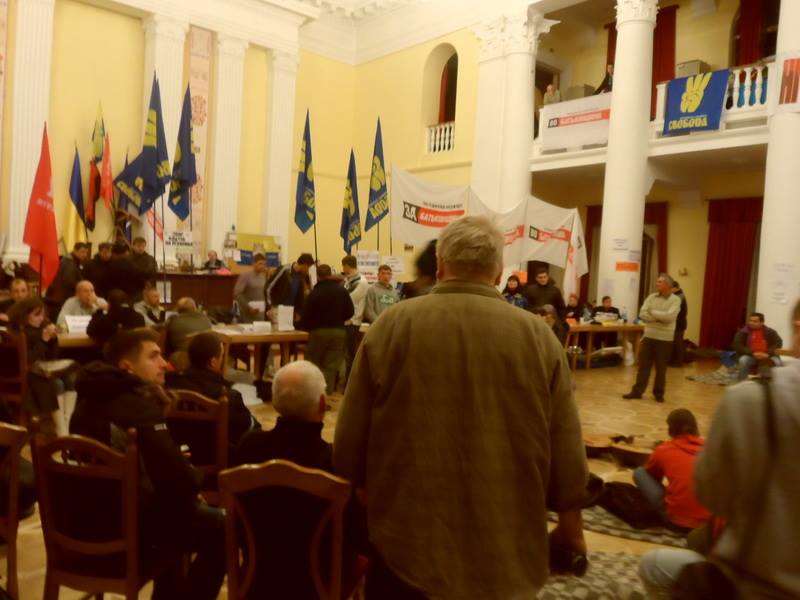 Pro-EU protesters took over the town hall,
we learned from  international news reports
in December, demanding the government resign.
While it is a broad movement,
mainly of the right, it’s hard to see
a BNP or Golden Dawn led takeover
of a town hall getting quite the same publicity. 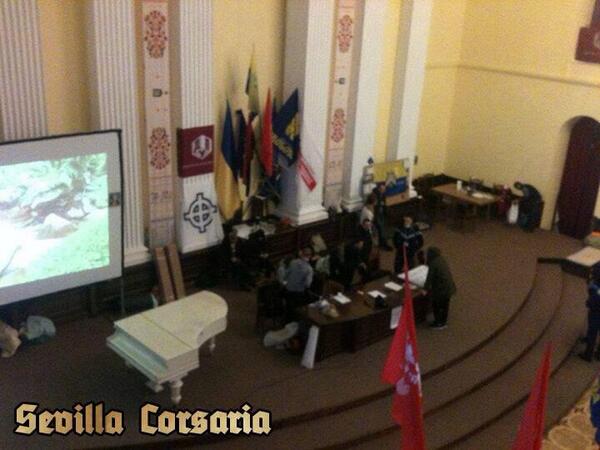 Here a white power flag takes pride of place
centre stage, black  circle with a plus sign
through it. You can always check the top
of stormfront.org if you don’t buy it. 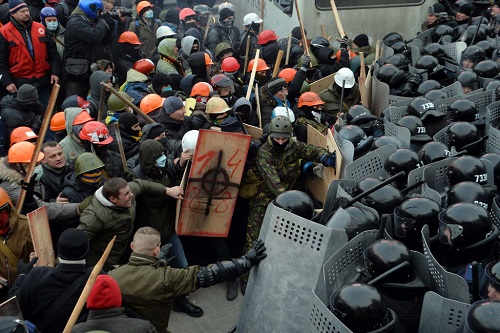 Here protesters clash with riot police, one
carries a homemade  shield painted with
a white power symbol and the numbers
14 and 88. These numbers are common
neo-Nazi slogans;
with 14 standing for David Lane’s slogan
(We must secure the existence of our people
and a future for White Children) and 88
as code for HH, or Heil Hitler. 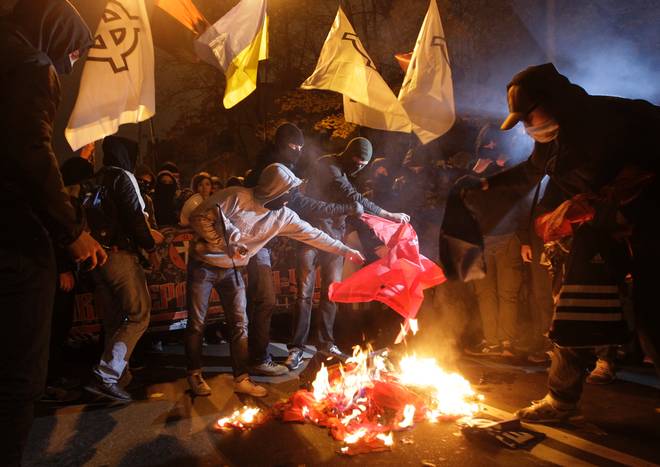 Patriots burn flags, while white power flags
are flown throughout the crowd.
In almost every action shot from these protests
far-right symbols are clearly visible.
National socialist group Wotan Jugend
has described the experience they are gaining
from the protests; “Leaderless resistance.
What is happening now in Kiev – is a lesson,
a lesson to all those who so eagerly watching
national revolution taking place in Ukraine,
blowing drool with envy at the keyboard.”

War transforms everything – we are suddenly for or against armies, revolutionaries become soldiers, coalitions monopolize