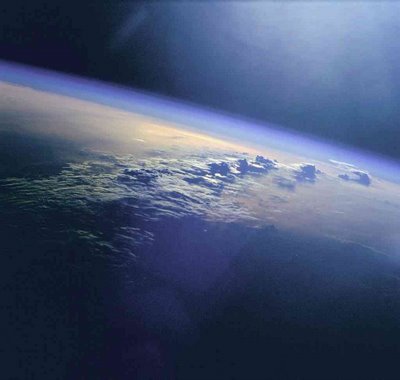 We didn’t invent the following ideas…We are just a small wave in an ocean of the evolution of all these ideas, all libertarian atmospheres, dreams and revolutionary plans that keep expanding in the Vast Open Horizon.

The research of Void Network is directed and co-coordinated through the work of four open laboratories :
– The Void Laboratory for Poetry and Philosophy
– Laboratory for Kosmo-Political Consciousness
– Void Optical Arts Laboratory of ephemeral atmospheres
-ElectroVoid laboratories for electronic and experimental contemporary music

Void Network is a free net of free people, active social beings, artists, scientists and travelers who co-create dynamic interactions of Theory, Utopia, Empathy and Ephemeral Arts
“Void”: void of separate existence, an Open Horizon, a Vast Open Ocean
“Network”: a phenomenon of Global Interdependence
“Theory”: a process of intellectual inquiring, learning and uprising of critical understanding
“Empathy”: care for all beings equally that appears through the communal experience.
“Ephemeral Arts”: a signal without leaving a sign, a message without leaving matter.

From 1990 until today Void Network / Athens , Global Eye / London Void Network and WarCryCinema / New York Void Network has presented a series of 300 situations in Greece, Italy, U.K., Spain, Germany, Russia, Austria, Switzerland, USA, India, Nepal and many other countries were work has simply been exhibited in.
The revocatory work of this political, artistic and philosophic community has appeared in urban spaces, deserted factories, social centers, Universities, squares, mountains, forests, beaches and highways. The nature of each situation is directly formulated according to the special characteristics of each space, location, area, social context and specific social needs.
Year after year, people from Greece, England, Italy and New York understood that for years they were making parallel activities and they were using the same vocabulary to express their ideas and so they decided to try and build an international network that can manifest public situations, nomadic art and creative meeting points for people from all around the world. Allowing for the chance to exchange ideas, information, abilities, archives and creating together new forms of cultural experiences.

In the same moment we participate in the built up of European Vision Caravan with artistic and political collectives from all Europe.

The Fear of Emptiness

The threat of expulsion in the absence of conformity: This state of fear disables the individual.

A mental control that subsequently becomes physically manifest. We believe that societies’ biggest impairment is the belief that any one of us or even all of us are not capable of improving our world for the better. This root of this impairment is solely mental, not physical. As a result we aim to deconstruct power structures whilst empowering the individual and collective activity.

The very existence of international financial, political, religious, intellectual and artistic Elites has been banned the Freedom of speech, the Freedom of Expression, the Freedom of Open Public Assembly, the Freedom of Mutual Aid and Collaboration.
Placing “art” only in an art context is in a way banning it to only exist within that artistic context.
Restricting the distribution and access opportunities to new ideas and emotions is something govern-mental institutions do, why voluntary censor yourself?
We see Art, Philosophy, Critical Thinking, Enthusiasm, Collective Ecstasy and Revolt as mental and emotional practices perfectly suited as an antidote for enablement, a mental liberator that in turn can lead to positive physical changes.

Utopian Atmosphere is the creation of a temporary enclosed feedback system, where the activists, the artists, the scientists have the opportunity to inject inputs that will be transformed and reformulated by all the participants.
Void Art
Art without an audience.
Art without an artist.

The communication system used is intended to break through barriers of education, age, cultural background and apathy.

We consider social gatherings as a vital meeting point of minds in a state of openness transcending the separatism of individualist modern life.

We consider the essence of art to be truly independent of any physical object or act. Art is a mental and emotional practice, an open process. Any physical object or physical act is simply the tool used for the creation of arts ultimate aim, the creation of thought and feeling. The ability to create new thoughts and feelings does not require change in the physical world, but change in the mental world, which in turn can have effect on the physical world. In the physical world we tend towards experiences of new possibilities of existence, beyond modern societies constructed realities.

Our aim is to create an experience from a situation, an alive art piece, where the actual experience created is the art piece. The collective experience of being there, the interacting with the people around you, the different thoughts and emotions created amongst the people feeding back in and effecting future thoughts and emotions is the art piece and the tools used to create this experience would be in context, space and time all the different forms and elements of Void Art, Theory, Philosophy and Living Practice.

Art should evoke emotion, provoke thought and inspire change for the better.

The art, philosophy and cultural activism we found ourselves making in the vast open public sphere was the actual arising of ideas, images, experiences, thoughts and emotions from our interaction with the mental and emotional processes of other people. In a way it is a collective mental-emotional sculpting.
This technique is principally based on real time cross platform collaboration, living the experience of interaction and interdependence, changing people’s perception of themselves and their potential by breaking some of Society’s traditional illusions.
People in modern every-day life identify with systems, which in effect are based on illusions; they believe they have freedom, choice and power within an infrastructure of a civilization bound by morality, ethics and righteousness. In order to achieve freedom and empowerment it is necessary to identify often deeply hidden conditioning thoughts. What we are talking about is very different from having a conversation and getting someone to think about something or pay to go in a concert-hall or a theatre show and has nothing to do with an art exhibition.

Creating an overall art piece under the premise of Utopian Atmospheres was able to immerse people into a state of receptiveness through series of experiences and situations that effected their minds, bodies, and souls with an objective to facilitate people’s creativity, openness, empowerment, satisfaction, safety, inclusiveness, solidarity, expression and general mental and physical happiness. At the same time we are working on creating a space in which to maximize the ability of people to enter deep thought and contemplation about their own lives and the world around them.

These events aim to be capable of breaking down perceptions of established reality by confronting neuroses, paranoia, self-doubts and fears whilst facilitating creativity, freedom and uninhibited joy, intensive talks on life, unity and bonding. These events challenge ownership, greed, possessions, and encourage generosity, inspiration and awakening of personal critical mind.

Our situations tends to be moments that bring together thousands of people into experiments of new forms of public life, in a non-profit economy, transforming the spaces into atmospheres of equality, dialogue and non-exploitative collective understanding.
The abolishment of profit is one the main steps in the direction of an Economy Without Profit and Exchange based on Constant Free Distribution and Direct Access.
We believe that our situations have anti-commercial and non-consumerist nature because our intentions are the spreading of libertarian ideas, communication, motivation, inspiration, education and the self-organization of experiential Open Public Ephemeral Zones. This can happen outside of the established constructions of the govern-mental state authorities, private interests, corporations, pop-celebrity pseudo-reality, employment and all kind of material gain.

We deny the separated puppet role of the “artist”, of the “politician”, of the “scientist”, of the “philosopher”.
We believe that each one of us have to keep in equilibrium the political, artistic and philosophic consciousness by keeping alive the empathy, the critical inquiry, the inner cultivation, the educative public communication and public open expression, the solidarity and the participation in the Public sphere.

So, as we negate the morals of employment and the nuclear family social shell we focus on the achievement of new ways of present-time collective every day life that can appear as alive pragmatic examples of a utopian Future.
The pleasure of life is hiding outside of the norms, outside of the 8hour programmed work, outside of the dead cities and the melancholic architecture of private life. Our dreams need to be accommodated by a new architecture, new atmospheres, new kind of relationships, new body language, new ways of expression and new kinds of day to day activity, new pleasures, new techniques, new designs and new future plans.

As creative human beings we pursue the connection of every type of intellectual and artistic creation with the general demand for social and personal liberation of every day life. The experimental behavior, the new choices of ways of life and the collective construction of social, aesthetic, philosophical and political situations are the necessary components that constitute the atmospheres and the new qualities of free co-existence without any limitation of action and thought.

Total Freedom is a pre-requisite of existence…Not a future achievement…
When this understanding arises, a state of war or confrontation with all kind of dogmatic authorities automatically arises and we have to face this fact personally and socially.
contact : voidinternational@gmail.com