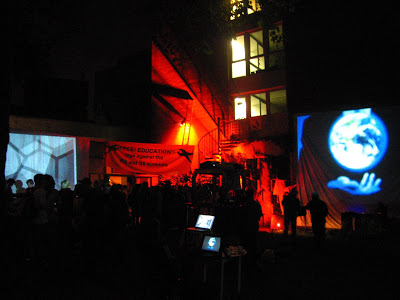 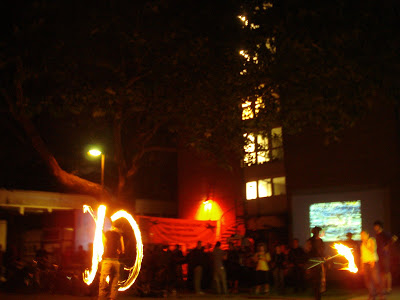 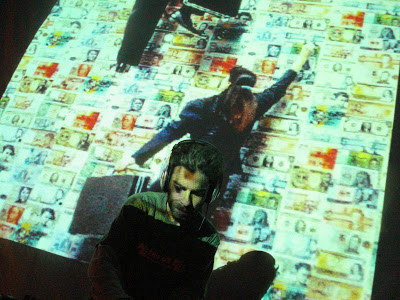 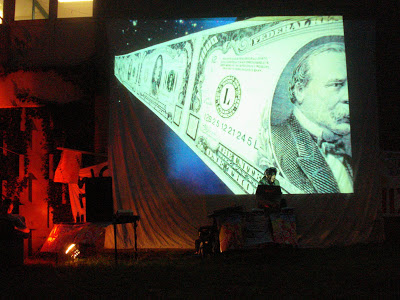 It was a very difficult night….
Everything started great…In the afternoon there was a party organized by students of the campaign against the payment of university fees. Police entered university many times and they succeed to stop the party of the university students…For many hours our stage was a chillout area of the students party, a camping area of students (fighting for open public free education for all) and a place offering great food for 1.50 euro…
When the police stopped the other party then we offered to everybody a revolutionary multi media show and full-on psychedelic trance…More than 200 people appeared in this night…But the police came again…and we had to stop the music, and then we had to bring the speakers inside the Knallhart students center…and then the police came again…and we had to speak again with them and close the music, and then we planed to play less loud cause anyway was difficult to sustain any kind of celebration in conditions of Total Dictatorship…But there was people that stayed and resisted this psychological war from the police and they celebrated the ecstasy of life even under this circumstances…
So when we was all covered with sweat and the police came for last time we said to each other:
“Talking About Total Freedom…or…Talking About Total Dictatorship?
Talking About Tyranny!! Fight the Tyranny!!