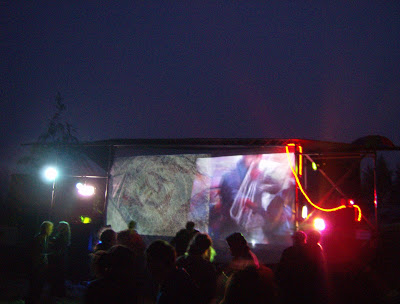 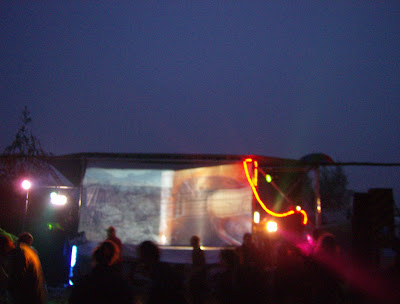 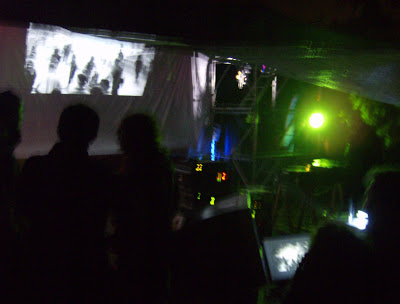 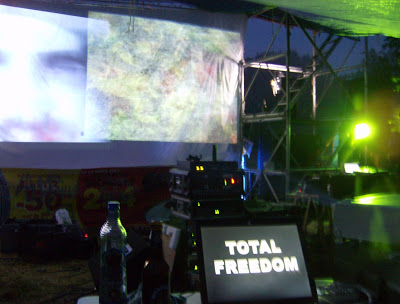 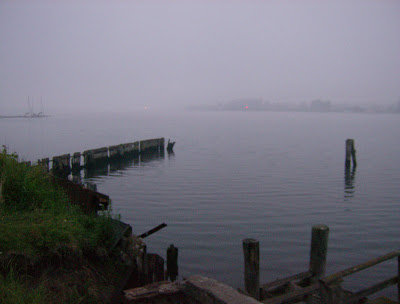 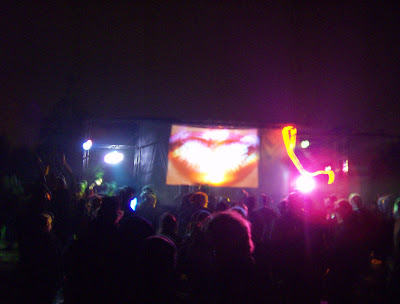 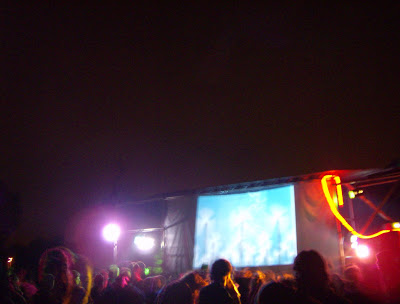 Collectives from France succeeded to arrive but the english groups faced the brutality of the German police as their convoy was victim of a police attack that destroyed a lot of their machines in the middle of the night and sent them back to U.K. without anyone ever hearing about this action of dictatorship and state violence.

We set up our screens and video projectors, Global Eye played a few thousand pictures, Natural High and Void Network djs played music through the sunrise…The rave will continue for 5 days non stop…all the income from the donations and the bar directly will cover the costs of feeding some thousands of activists during the blockades against the G8 summit on the 6th and 7th of June 2007 in North Germany This whole international free festival is based on the direct and clear manifesto:
IF I CAN’T DANCE THIS IS NOT MY REVOLUTION!