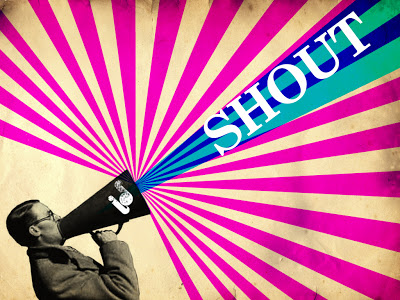 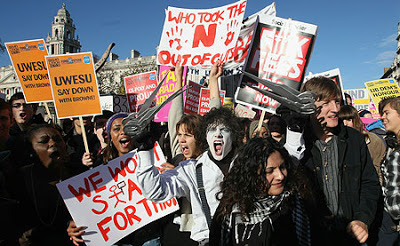 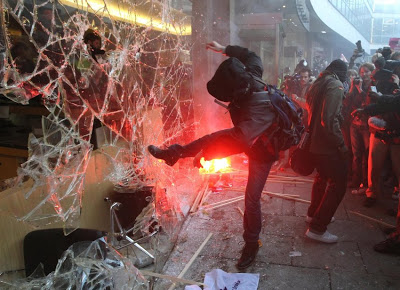 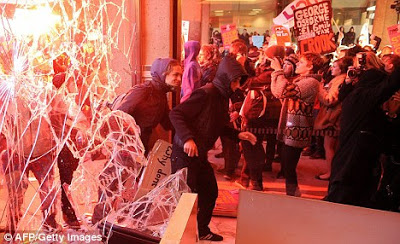 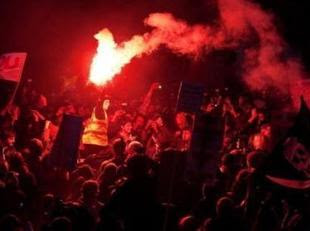 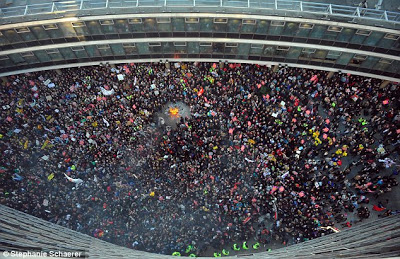 WALKOUT OF YOUR SCHOOL, COLLEGE OR UNIVERSITY ON 24 NOVEMBER

Make the walkout happen
Walkouts have been one of the major ways school and college students in Britain have traditionally shown their discontent.
They took place at hundreds of schools and colleges against the Iraq war in 2003, against “third world” debt in 2005, and several colleges walked out against cuts and privatisation in 2009-10, including the Dover Christ Church Academy this month.
University students haven’t staged a walkout for a while in Britain. But last year we did manage an impressive wave of occupations against the attacks on Gaza, and many universities occupied lecture theatres and even management offices against cuts.
Now, with the very nature of further and higher education under threat school students, college students and university students need to fight together. This isn’t just phrasemongering – if we are to defeat the proposals of the Browne Review we need to build a mass movement like the current general strikes in France.
That’s why a school, college and uni walkout out is a vital first step for us to take, demonstrating our unity in action.
Organise a time
First off, we need to find and talk to the small groups of students in our school/college/university who are most in favour of walking out.
Agree what time you will meet up on the morning of 24 November, BEFORE the official walkout time of 11am – 10am is probably a good time, at school, 8.30am might be better. This will allow you to catch students on their way into school/college/uni and get them to join the protest on the day itself.
Spread the word

Use email, facebook, texts, phone calls to advertise the time AND PLACE of your protest. But it may be wise to set up an anonymous email address and facebook profile so you don’t end up getting personally victimised.
If at any point you are asked who has organised the protest, say it “has been organised collectively by lots of students together”
You should organise some leafletings by downloading our NATIONAL LEAFLET at ANTICUTS.COM, writing on the details of your local meet-up point. Take it to your local cornershop for photocopying, cut them up and hand it out to as many students as possible.
If you go to school, you should be discreet about doing this, don’t hand them out openly next to the entrance of your school or you will get in trouble. But as long as you are not on school property, you have a democratic right to hand out leaflets.
Poster template: http://anticuts.com/wp-content/uploads/2010/10/walkout.pdf
Coordinate
In towns and cities where colleges, schools and universities are close together, we want the protests to converge.
In the weeks before the walkout, contact us if you need help finding the people organising walkouts at other schools/colleges/unis in your area.
In particular, we would like to see university students planning to march around their campus, bursting into lecture theatres and spreading the word.
Then they should march to the next school/college/uni, picking up local protests, so the demonstration gets larger and larger. This is called a “flying picket”.

Make sure you turn up to your initial meeting point (which should be in a highly visible location) with placards, whistles, and good chants. We will list some suggestions below
Grab students planning to go into their lessons, and persuade them to join your protest.
After creating lots of noise and pulling in lots of students it is time to take to the streets! Don’t be afraid to block traffic if you have enough people and most importantly:
AS SOON AS YOU WALK OUT SEND TEXTS TO ALL YOUR FRIENDS IN DIFFERENT SCHOOLS AND COLLEGES TELLING THEM YOU’VE WALKED OUT AND ENCOURAGE THEM TO DO THE SAME.
When you’ve linked up and converged with other walkouts in your area march around your local town and city.
You can finish up with speeches, a meeting on how to continue the struggle, or even occupying a building at the local university if uni students agree this is possible.
[Text above taken from National Walkout Facebook page: http://tinyurl.com/3xgs9d8].  See also National Campaign Against Cuts and Fees:  http://anticuts.com]

PLANNED PROTESTS AND WALKOUTS SO FAR