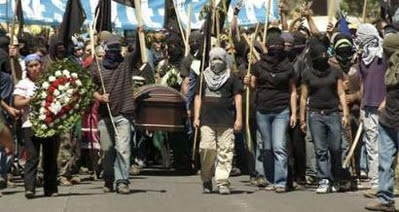 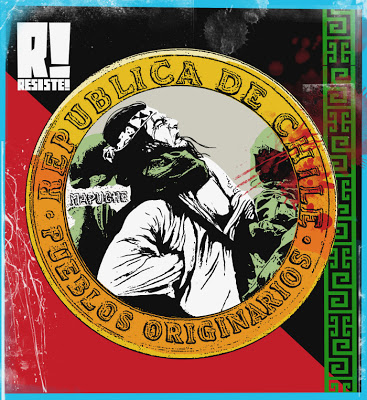 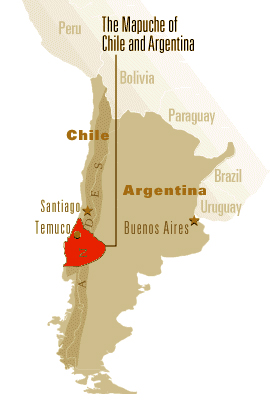 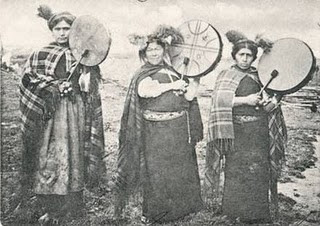 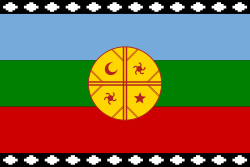 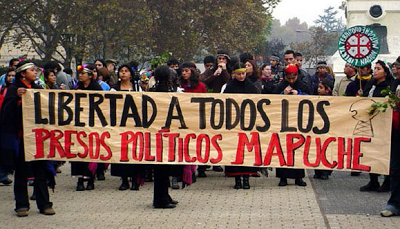 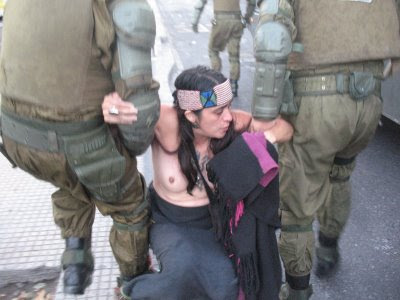 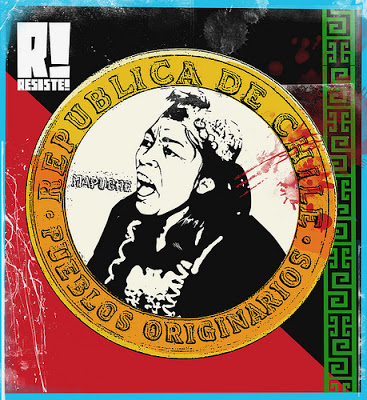 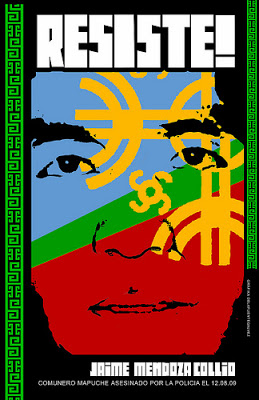 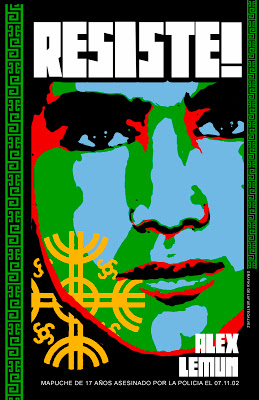 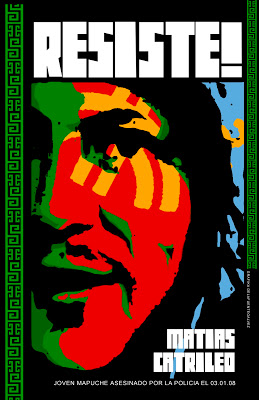 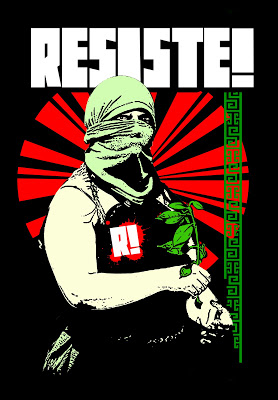 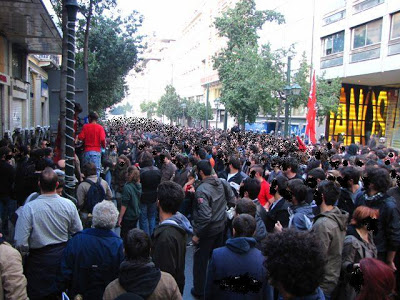 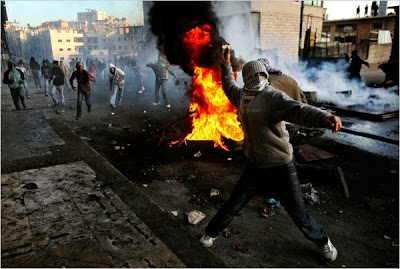 From Athens Greece, from Mexico city to London, from New York to Bilbao, from Hamburg to Sofia and from Katmandhou to San Francisco, from all the active cells of Void Network we are expressing our solidarity to the struggle of Mapuche for Mother Earth, for the Dignity and Freedom of their communities, for the Freedom and Dignity of all of us. The Struggle of Mapuche people is our own struggle, their dreams are our own dreams! Freedom for all political prisoners, Freedom for all Mapuche prisoners NOW!
Dear Friends,
this is a message from
Mexico City, 23rd March 2011.
Last September we contacted you during the more than eighty day hunger strike staged by Mapuche political prisoners in Chile.  At that time we also made a call for international support, numerous individuals and organizations signed up to this cause and responded to the call for support.  This included various meetings in the Chilean Embassy in Mexico City in Europe and in other countries around the world which formed part of the international events to provide solidarity and support to these political prisoners in Chile.  The hunger strike was ended with an agreement on the part of the Chilean government to not try the detained under terrorist law (which also permits repeated prosecution for the same crime).  The hunger strike and the mass support in Chile and beyond made a huge impact, pressurising the Chilean government to respect the basic individual guarantees for the prisoners.  Last March all of the seventeen Mapuche political prisoners, persecuted for supposed terrorist crimes, were cleared of those supposed crimes and the majority of them were freed.
However, four prisoners who are members of the Arauco Malleco Organisation (Coordinadora Arauco Malleco) have been condemned to prison sentences of between twenty and twenty five years.  These are Ramón Llanquileo Pilquiman, José Huenuche, Jonathan Huillical and Héctor Llaitul.  It is important to note that the Arauco Malleco Organisation is one of the Mapuche organisations which is most active in the defence of communal land against forestry companies and which vindicates indigenous autonomy most rigorously.  It is clear that the sentences are not only severely disproportionate however there are also political reasons behind their invention.  The prisoners have now begun another hunger strike which started on the fifteenth March.  At the time of writing this hunger strike continues.  The prisoners defence will appeal against the sentences, presenting a call to declare the charges void to the Chilean Supreme Court of Justice.  The principal arguments are that in these cases “faceless witnesses” were permitted.  These secret witnesses are anonymous and the defence is not permitted to have any form of contact with them.  Furthermore, during their detention and time in prison there have been violations of constitutional guarantees, confessions under torture, declarations outside of the allowed time limit and without the presence of defending lawyers.  There has also been repeated trial for the same alleged crime.
It is therefore that support groups from various parts of the world will impulse diverse actions of solidarity for the prisoners and pressure on the Chilean government.  The objectives are to support the demand to declare the charges and trial void that have been declared against these four prisoners.  In these actions we also send a message of solidarity to those prisoners on hunger strike.
As part of these actions we also send another letter to you with the hope that we can once again count on your signature.  We send you warm regards.
Support Organisation for the Mapuche political prisoners in Chile [ Mexican Section.]
We, artists, academics, indigenous, civil and popular organisations of various nationalites wish to make public our concern for the sentences against the Mapuch political prisoners in Chile, Ramón Llanquileo Pilquiman, José Huenuche, Jonathan Huillical y Héctor Llaitul.  We find the enormous sentences against them alarming as well as the fact that they have not had the legal guarantees that protect the most basic of human rights.  It must be considered that the State can not respond to indigenous demands of land, territory and autonomy by criminalising social protest.  We call upon the Chilean State to guarantee the due and proper trial of the detained, a trial without the use of secret witnesses, with tribunal impartiality, dignified conditions of detainment and an end to repeated trial for the same alleged crimes.  We call upon the Chilean State to the rights and basic guarantees of the Mapuche people, to recognise the rights of indigenous peoples consecrated in the 169th declaration of the WLO and to respond urgently to the demands of the hunger strikers.  We send a message of solidarity from all over the world to the prisoners and their families.

for a short intro of the struggle of Mapuche in 21st century:

During the education protests in Chile, the students took over schools and streets, demanding free education, and