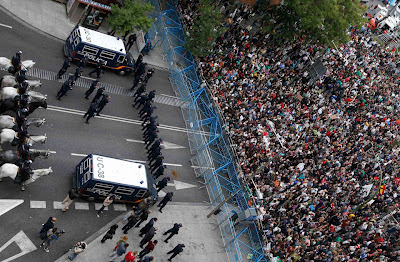 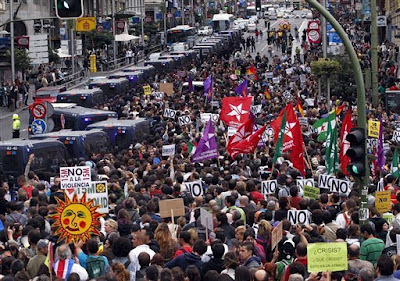 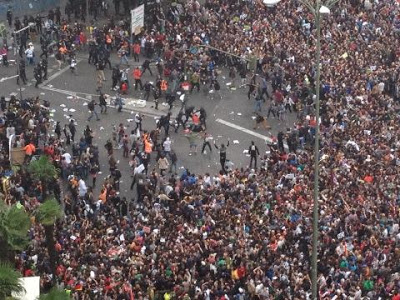 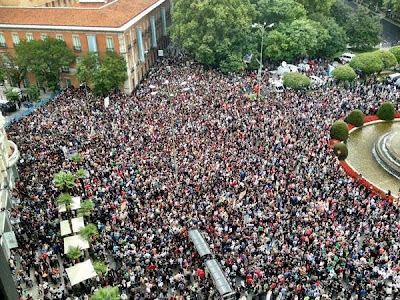 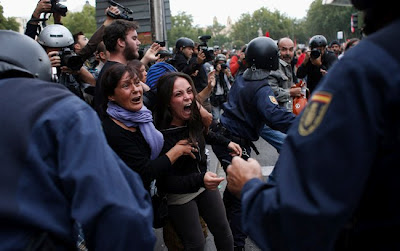 Thousands marched yesterday in Spain near the parliament building, demanding the resignation of Mariano Rajoy’s government as well as the rewrite of constitution. The police have fired rubber bullets and baton-charged protesters. Spanish media reported that at least 32 people were detained and more than a dozen injured. The protesters dispersed after MPs left the building. A demonstrator, Montse Puigdavall spoke at BBC:

I’m here because of all the social cuts and rights that we have lost, that took a lot of hard work to achieve – we are here because we’re determined not to lose them

ROARMAG’s writer Carlos Delclos appeared live on RT during today’s clashes in front of Congress, explaining how Spain’s democracy has been kidnapped.

What you are seeing out here right now is the Spanish — and by extension the European — citizenry reacting against austerity. Austerity right now is at a level where it’s affecting people’s daily lives. It’s affecting whether or not people can get medical attention. It’s affecting whether or not people can advance socially through education and social progress.
What you’re seeing now is a country where an entire generation is being relegated to a class of emigrants. People that have been invested in with public money, to be educated, are now going to move out and generate wealth in other countries. That’s not a project for a country. Meanwhile, child poverty in Spain has increased exponentially.
I think the first thing the government can do is call for a referendum on paying back the debt, and on the constitutional amendment that they made. It’s no mistake that these people are gathered here today to talk about the constitution of Spain; a constitution that has been around since the transition from the Francoist government, and it was always said that it couldn’t be touched, that it was the basis for what Spain is today.
But they did change it without a referendum or even consulting the citizenry or submitting it to public debate, to pay back an illegitimate debt taken on by the private sector. 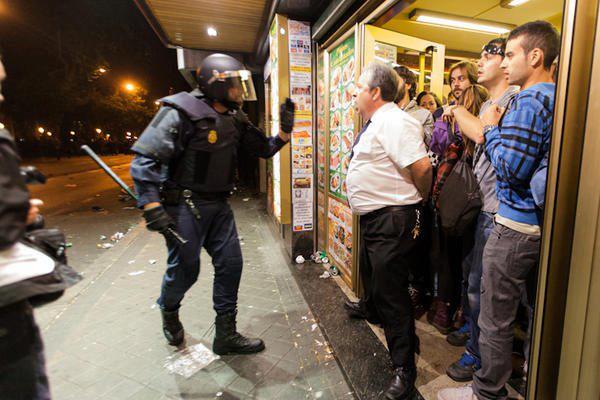 A bar owner in Madrid protects the protestors in his store 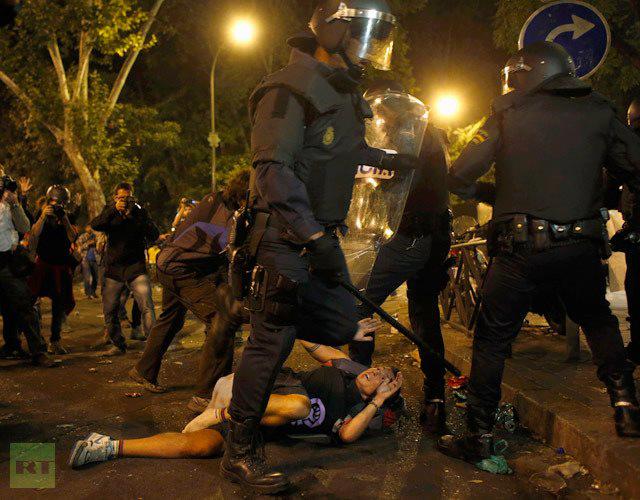 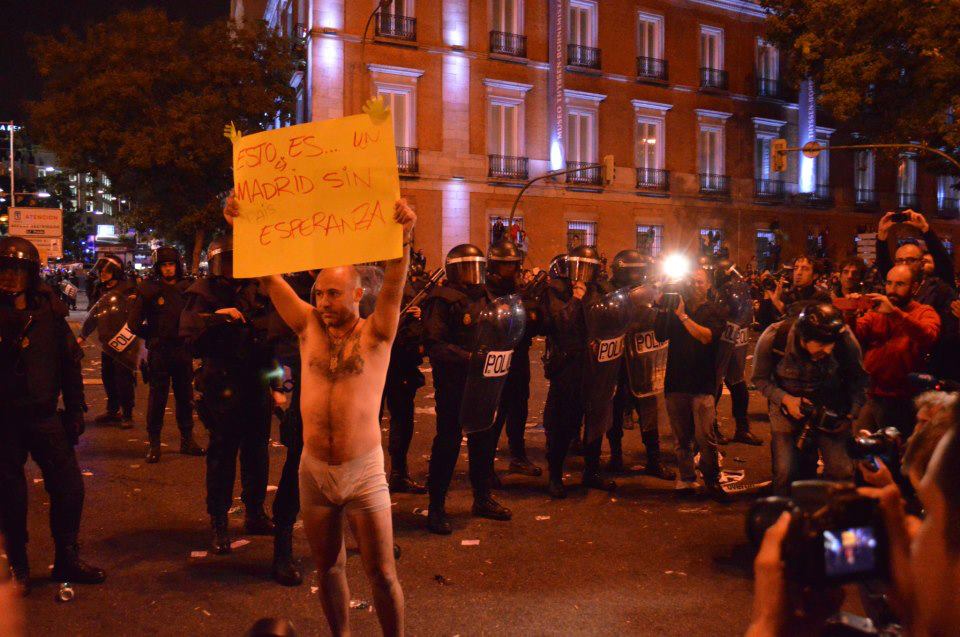