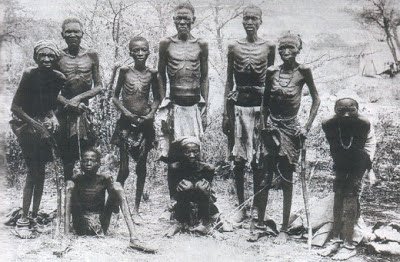 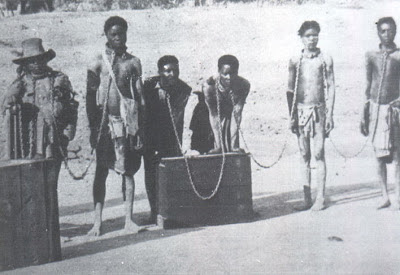 When you hear of Death Camps and Genocide, Nazi Germany and world war two come to mind. But Germany had practiced it’s murderous craft over sixty years before WWll. Before the Armenian Genocide, before the Jewish Genocide over 150,000 Herero and Nama peoples of modern-day Namibia were murdered by the order of Kaiser Wilhelm II of Germany between 1904 and 1909.

Along the coastline of Namibia runs the Namib desert, a 1,200 mile long strip of unwelcoming sand dunes and barren rock. Behind it is the central mountain plateau, and east of that the Kalahari desert. Namibia’s scarcest commodity is water: this is a country of little rainfall, and the rivers don’t always run.

But the very sand of the Skeleton Coast is the dust of gemstones; uranium, tin and tungsten can be mined in the central Namib, and copper in the north; and in the south there are diamonds. Namibia also has gold, silver, lithium, and natural gas.

For most of the region’s history, only metal was of interest to the native tribes. These tribes lived and traded together more or less peacefully, each with their own particular way of living, wherever the land was fertile enough. The San were nomads, hunters and gatherers. The Damara hunted and worked copper. The Ovambo grew crops in the north, where there was more rain, but also worked in metal. The Nama and the Herero were livestock farmers, and they were the two main tribes in the 1840s when the Germans (first missionaries, then settlers, then soldiers) began arriving in South West Africa. 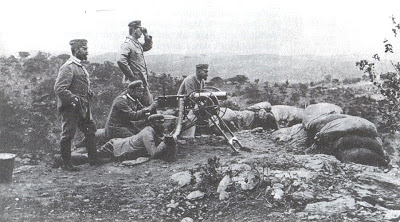 Before the Germans, only a few Europeans had visited it: explorers, traders and sailors. They opened up trade outlets for ivory and cattle; they also brought in firearms, with which they traded for Namib treasures. Later, big guns and European military systems were introduced. The tribes now settled their disputes with lethal violence: corruption of a peaceful culture was under way.
During The Berlin Conference Germany was awarded what is now called Namibia  and settlers moved in, followed by a military governor who knew little about running a colony and nothing at all about Africa. Major Theodor Leutwein began by playing off the Nama and Herero tribes against each other. More and more white settlers arrived, pushing tribesmen off their cattle-grazing lands with bribes and unreliable deals. The Namib’s diamonds were discovered, attracting yet more incomers with a lust for wealth. Tribal cattle-farmers had other problems, too: a cattle-virus epidemic in the late 1890s killed much of their livestock.The colonists offered the Herero aid on credit. As a result the farmers amassed large debts, and when they couldn’t pay them off the colonists simply seized what cattle were left.