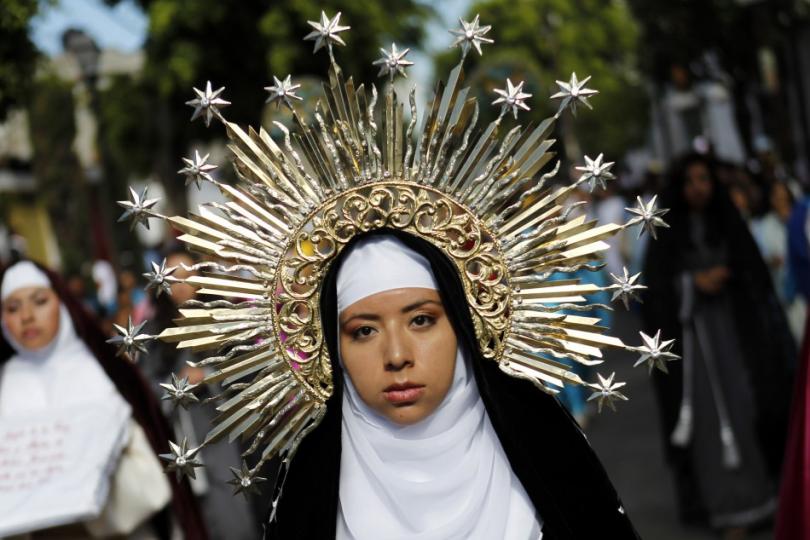 The particular understanding I have of men and myself comes from having been born into a working poor context that also happened to be hyper religious.
My marinovio texted me today and said: “I am going out with a friend this upcoming weekend.” This was an FYI text; it was open and clean communication. This was the relationship I signed up for … yet in the back of mind crept up this insecurity that comes from having been born female, poor, brown, and brought up extraordinarily religious—and not just any religion, but charismatic Christian.
When I read this text, the side of me that intentionally picked this man to be my partner, trusted and knew everything was on the up-and-up. Yet the side of me that is insecure about myself, only in so far as I am attached to a man, grew anxious within seconds. That side of me said: aseguraté that nothing is sketchy, and that he is being good to you. As if some way, some how, it is my responsibility to keep my man’s interest on me.

Mi vida entera I have been told, through some indirect or direct way, that a man would be my salvation. And when that feels at risk, I have a powerfully internal response that on the surface looks like insecurities, but deep down inside it is actually rooted in colonialism and sexism. This particular understanding I have of men and myself comes from having been born into a working poor context that also happened to be hyper religious.

Christianity has and always will be externally brought into our communities, by white voluntourists and missionaries with all the privilege of being able to fly in and out of our countries at their leisure. Missionaries were never meant to come into our context and embrace our cultures and somehow use that to elevate their own religions. Instead missionaries have a reputation for going into places and erasing entire cultures for the sake of the mission of the church. The church came into our countries on assumptions of saving us even back when we were not devoid of a spirituality just devoid of THEIR spirituality. The church was never trying to come and save us, they were actually just trying to civilize us.
So when whitewashed Christianity rears its head in our communities it looks a lot like oppression, when you are brown and poor, because this mainstream theology just tells you to trust in God and that whatever you were doing before your salvation was wrong. This all feels particularly suffocating when you’re at the crux of having been born brown, poor, AND female. Because the church also teaches you mainstream theology that does not care to understand your context, but also that you are nothing without a man.

Give me a list of strong, independent, unwed (or devoid of male support) women in the Bible, and I will give you a million dollars. So when these problematic theologies came into our countries what they taught us is that women are in danger, every second that they are unwed and lacking male support.
So here I am, a strong independent Latina immigrant writing about the ills of colonialism, sexism, racism, ethnocentrism, classism, and xenophobia and STILL when my novio says he will be out on a Saturday, I revert to Christianized pastor’s daughter Priscila that was indoctrinated into thinking that a man is her only hope. And then I do this weird dance of reminding myself that I am enough.

I do this interesting little self-talk, where I pull up screenshots of readers emails, scroll through some of my favorite works, and remember that I, and my hermanas, are all I have ever needed. I do this dance of reclaiming myself because I was not born with these inclinations to think of myself as inferior without a man, I was taught this, and so when I reclaim myself I am trying to erase years of propaganda to remind myself that I am enough. I do this dance of forgetting that a man will save me, despite a religion that taught me that a man came down and saved the entire human race. I do this dance of looking at myself in the mirror, and loving who I have become despite men.

Growing up in a country where foreign religious agendas trumped all human dignity of Indigenous persons already living in said country means that the great-great-great-granddaughters of rape, genocide, and theft were inherited colonizing outlooks about our bodies and ourselves. Growing up in a country where foreign policies have allowed the forced removal of our rich resources for the betterment of more deserving countries aka whiter richer countries, means that you begin to think that you as a brown woman are not enough. That even when everything has been taken from you, and then you’ve given the little that is left, you still find yourself doubting your resilience and your strength. Growing up in a country drenched with an externally imposed religion that justifies the mistreatment of women, you begin to start blaming those external forces for your country’s distress. All of this feels particularly suffocating when you’re at the crux of having been born brown, poor, AND female.

Prisca Dorcas Mojica Rodriguez is a writer, blogger and founder of Latina Rebels.