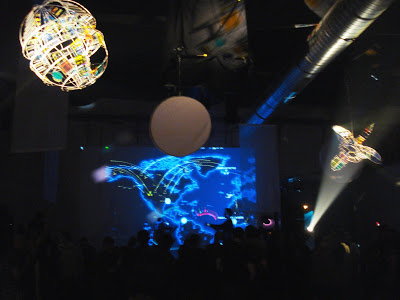 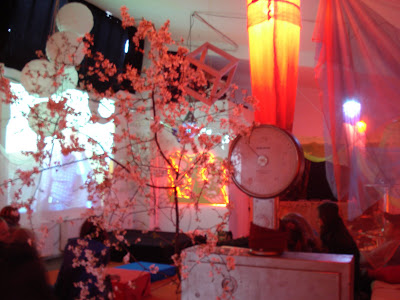 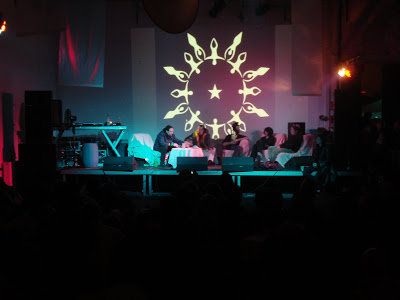 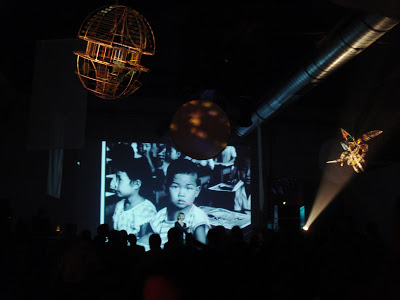 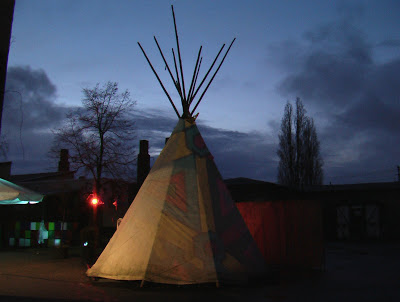 Gathering of the Tribes 2008 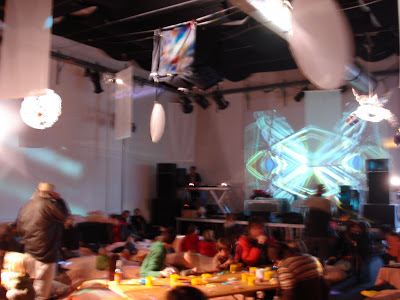 Afternoon for the Children 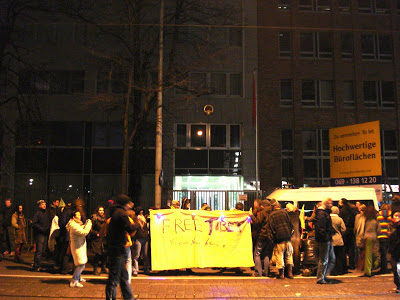 It was a great adventure…. Four of us traveled in Frankfurt as participation of Void Network and Global Eye (London Void Network) to the Gathering of the Tribes festival. The weather was very cold, snow was falling almost all weekend but we was full of enthusiasm cause we met each other “on stage” again, continue traveling after Hamburg, continue the dream of revolutionary nomadic life. In Saturday, during the first day of the festival D.J. Crystal Zero and Sissy Stardust opened the chill out area with a 3 hours space ambient psychedelic set from 7 to 11 , they played their official mind exploding programme from 3 to 6 in the night and in the meantime from 2 until 10 o clock in the morning Global Eye and Void Optical Art Laboratory was playing Void Art show in the main stage giving to everybody the opportunity to share some great visuals, some inspirational visions, some influential thoughts…The people loved it! The festival was taking place in a block with 4 different stages and it was an interesting experience to see all people flow from stage to stage for almost three days… During Sunday afternoon (in the programmed hour of our workshop) we had the great chance to organize with The Hedonist International and Alice-Project as also with many other people a spontaneous demonstration for Free Tibet from the festival to the Chinese Consultant Office…It was a dream…The Hedonists was making a workshop about mobile sound systems and suddenly our workshop became a demonstration! we was so happy as we had in plan to make some action for Tibet in Athens or in London and we found to do this in Frankfurt! About 100 people demonstrated shouting Free Tibet!Free Tibet in the streets of Frankfurt and dancing to the sounds of the mobile sound systems…We stayed in front of the Chinese Consultant Office for about an hour (the Chinese officers was looking curious from inside the building hided behind the courtins).
The demo after passed inside the central train station (it was a crazy reclaim the station for 15’…then the police started to pushing outside the crazymotherfuckers)according to the German style more than 11 police vans came for a demo of 100 people).
We went back followed by all this hundreds riot policemen and we continued the show with a 2 hours psychedelic ambient set from Sissy Stardust and Crystal Zero as also we played all night long visual projection in some great concerts as electro-kraut psychedelic rock goddess Lava 303, the sexyacidpsychos The Blotch, the balkandrunkenpartydjs of Volxtanzkomitee and the space odyssey of Pattys Planet.
We have to aggree that we had a great time with all this 1300 tribesmen and tribesladies
from outer space and we hope we will play again in this festival…We played all weekend in many different stages projections and music and this was great for us cause we experimented with the possibility of our collective playing in many different stages at the same time in a big international festival.

(we have to specialy thanks for their help Konni, Eyke, Jens, Wolfgang Sterneck and this beautiful woman that drived us out from the festival and we was so fuckingdrunk we can not remember her name now…sorry…We have to thank also all the nice people from the community house that accommodated us outside from Frankfurt and offered us the only calm moments of all this weekend…Thank you!)