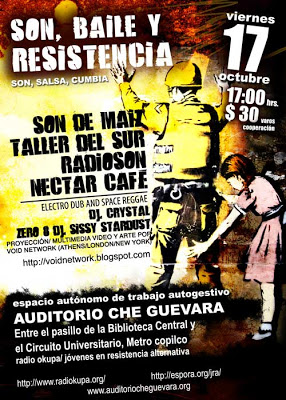 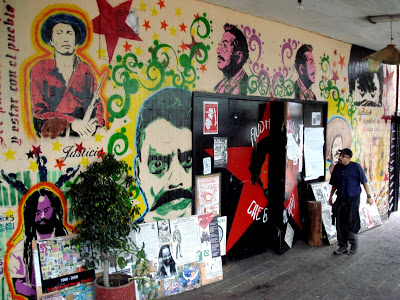 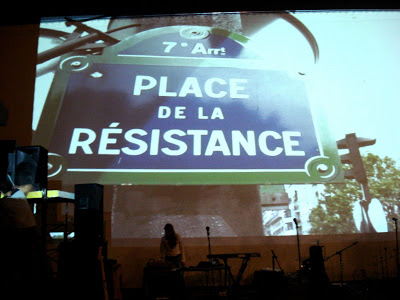 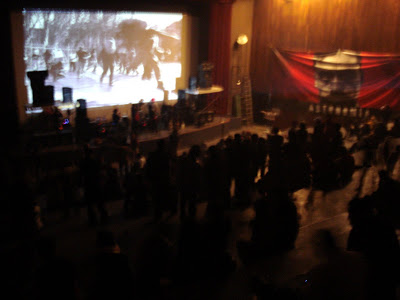 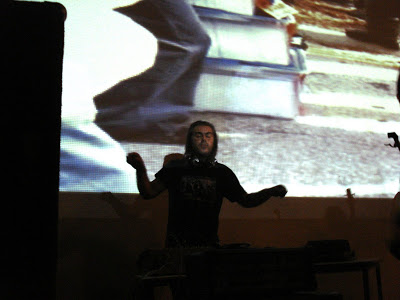 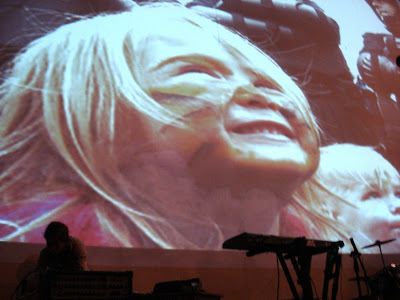 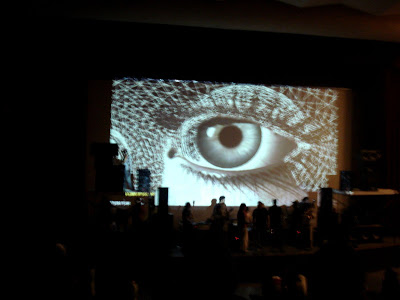 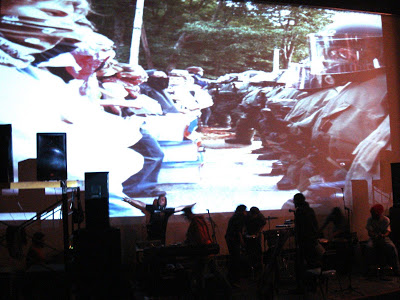 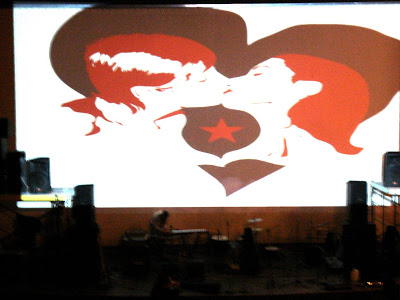 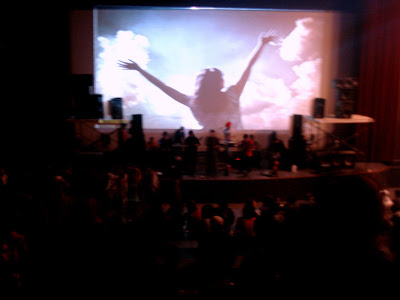 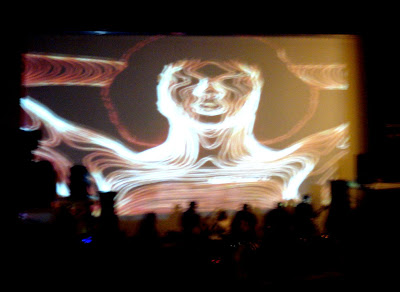 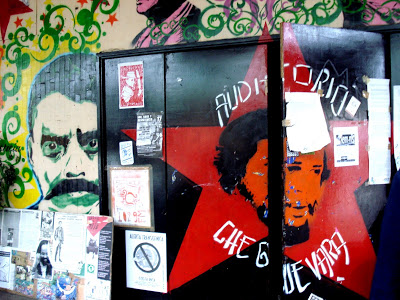 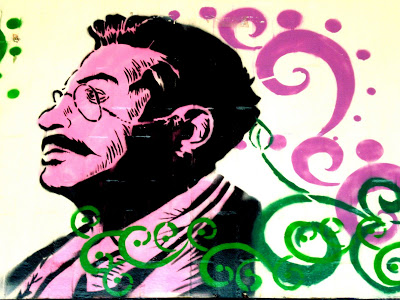 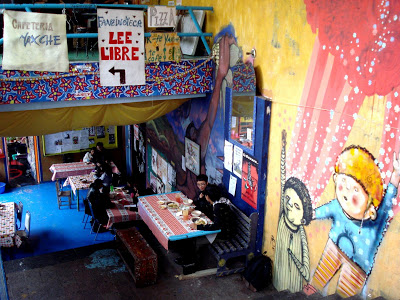 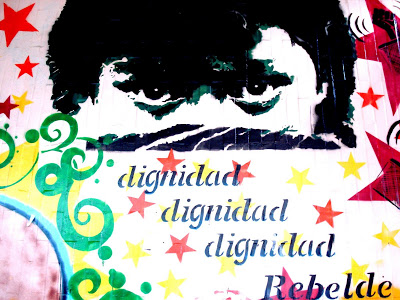 VOID HISTORY EVENT REPORT: This is the beggining of a wonderfull
friendship. The collaboration of Void Network with the people of
JRA (Youth for Alternative Resistance), Radio Ocupa and
Auditorium Che Guevara (a university Amphitheatre that occupied
by radical students during the students movement in the end of 90s and
works like the main center of the underground resistance of Mexico City)
was fantastic…More than 400 came to this concert…
The bands played songs from Cuba, Argentina and Mexico,
salsa, dub regggae…couples was dancing,
the atmosphere was happy, Sissy Stardust played a nostalgic ambient set
as intro and Crystal Zero played space reggae and dub…
More than anything else the Mexican young people loved the
all night long multi media Void Optical Art show and the feedback was
enthousiastic for our arts and ideas expressed through the projections
in the huge screen of the amphitheatre…Many collectives asked for
details and sharing of the art shows for including our shows to their
events…But also, the most important is the plans and visions for a
tour of all the collectives of Total Freedom movement from America
and Europe in next summer as also the preperations of publishing the
Days of Love, Nights of War book of the crimethinc in spanish language
in Mexico by the JRA…It was a great night that for sure will lead in
much more wondrfull days of resistance to the social apathy…