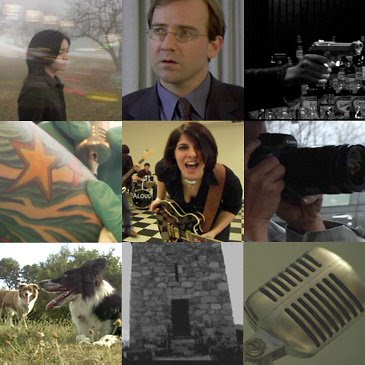 THE C.I.A. DOES HOLLYWOOD
By Matthew Alford and Robbie Graham

Nov. 14 2008- Everyone who watches films knows about Hollywood’s fascination with spies. From Hitchcock’s postwar espionage thrillers, through cold war tales such as Torn Curtain, into the paranoid 1970s when the CIA came to be seen as an agency out of control in films such as Three Days of the Condor, and right to the present, with the Bourne trilogy and Ridley Scott’s forthcoming Body of Lies, film-makers have always wanted to get in bed with spies. What’s less widely known is how much the spies have wanted to get in bed with the film-makers. In fact, the story of the CIA’s involvement in Hollywood is a tale of deception and subversion that would seem improbable if it were put on screen. The model for this is the defense department’s “open” but barely publicized relationship with Hollywood. The Pentagon, for decades, has offered film-makers advice, manpower and even hardware – including aircraft carriers and state-of-the-art helicopters. All it asks for in exchange is that the US armed forces are made to look good. So in a previous Scott film, Black Hawk Down, a character based on a real-life soldier who had also been a child rapist lost that part of his backstory when he came to the screen. TO READ ALL ARTICLE NAVIGATE IN THE GREAT USA NEWS PAGE
THE GLOBAL REPORT
http://www.theglobalreport.org/?section=news&news_section=6#The%20CIA%20does%20Hollywood