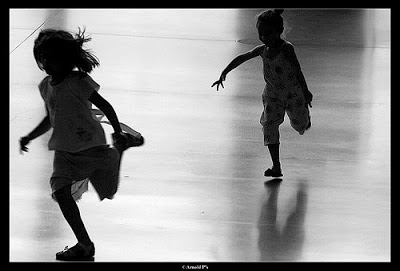 “Today the spirit drowns in a mass of chance encounters. We are looking for those who are still alive enough to support each other

beyond this; those fleeing Normal Life. “

-Against Sleep and Nightmare

We live in a society in which most of our encounters have already been defined in terms of predetermined roles and relationships in which we have no say. A randomness devoid of surprise surrounds the scheduled torment of work with a “free time” lacking in joy, wonder or any real freedom to act on one’s own terms, a “free time” not so very different from the job from which it is supposed to be a respite. Exploitation permeates the whole of existence as each of our interactions is channeled into a form of relating that has already been determined in terms of the needs of the ruling order, in order to guarantee the continued reproduction of a society in which a few control the conditions of everyone’s existence and so own all of our lives.

So the revolt against our exploitation is not essentially a political or even an economic struggle, but a struggle against the totality of our current existence (and so against politics and economy), against the daily activities and interactions imposed on us by the economy, the state and all the institutions and apparati of domination and control that make up this civilization. Such a struggle cannot be carried out by any means. It requires a method of acting in and encountering the world in which new relations, those of free individuals who refuse to be exploited and dominated and equally refuse to dominate or exploit, manifest here and now. In other words, our struggle must be the immediate reappropriation of our lives, in conflict with the present society.

Starting from this basis, the refusal of formality and the development of relations of affinity cannot be seen in merely tactical or strategic terms. Rather, they are reflections in practice of what we are fighting for if we are, indeed, fighting to take back our lives, to reappropriate the capacity to determine the conditions of our own existence-i.e., the capacity for self organization.

The development of relationships of affinity is specifically the development of a deep knowledge of one another in a complex manner, a profound understanding of each other’s ideas, dreams, desires, passions, aspirations, capacities, conceptions of the struggle and of life. It is, indeed a discovery of what is shared in common, but more significantly it is a discover of differences, of what is unique to each individual, because it is at the point of difference that one can truly discover the projects one can carry out with another.

Since the development of relationships of affinity is itself a reflection of our aims as anarchists and since it is intended to create a deep and ever-expanding knowledge of one another, it cannot simply be left to chance. We need to intentionally create the opportunity for encounters, discussions and debates in which our ideas, aspirations and visions of the revolutionary struggle can come into contention, where real affinities and real conflicts can come out and be developed-not with the aim of finding a unifying middle ground in which every one is equally compromised, but to clarify distinctions and so discover a real basis for creating projects of action that aren’t simply playing the role of radical, activist or militant, but that are real reflections of the desires, passions and ideas of those involved. While publications, internet discussion boards and correspondence can provide means for doing this on some levels, to the extent to which they are open forums they tend to be too random, with potential for the discussion to lose any projectuality and get sidetracked into the democratic exchange of opinions which have little connection to one’s life. To my mind, the best and most significant discussions can take place in face-to-face encounters between people with some clarity of why they are coming together to discuss. Thus, organizing discussion groups, conferences, meetings and the like is an integral part of the development of relations of affinity and so of projects of action.

The necessity to pursue the development of relationships of affinity with intention does not mean the development of a formal basis for affinity. It seems to me that formality undermines the possibility of affinity, because it is by nature based on a predetermined, and therefore arbitrary, commonality. Formal organization is based upon an ideological or programmatic unity that ultimate comes down to adherence to the organization as such. Differences must be swept aside for the cause of the organization, and when differences are swept aside, so also are dreams, desires, aspirations and passions since these can only ever belong to the individual. But, in fact, formal organization has nothing to do with intention or projectuality. In fact, by providing an ideology to adhere to it relieves the individual of the responsibility of thinking for herself and developing his own understanding of the world and of her struggle in it. In providing a program, it relieves the individual of the necessity of acting autonomously and making practical analyses of the real conditions in which she is struggling. So, in fact, formality undermines projectuality and the capacity for self organization and so undermines the aim of anarchist struggle.

Relationships of affinity are the necessary basis of self organization on the most basic daily level of struggle and of life. It is the deep and growing knowledge of one another that provides the basis for developing projects of revolt that truly reflect our own aspirations and dreams, for developing a shared struggle that is based in the recognition and, at its best, the passionate enjoyment of our very real and beautiful differences. The development of social revolution will, of course, require an organizing of activity beyond the range of our relationships of affinity, but it is the projects that we develop from these relationships that give us the capacity for self-organization, the strength to refuse all formality and, thus, all of the groups that claim to represent the struggle, whether they call themselves parties, unions or federations. In the relationship of affinity, a new way of relating free from all roles and every hackneyed social relationship already begins to develop, and with it an apparent unpredictability that the authorities will never understand. Here and now, we grasp a world of wonder and joy that is a powerful weapon for destroying the world of domination.

article found in the link: