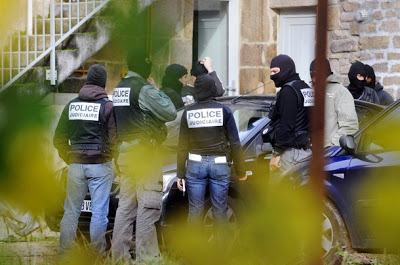 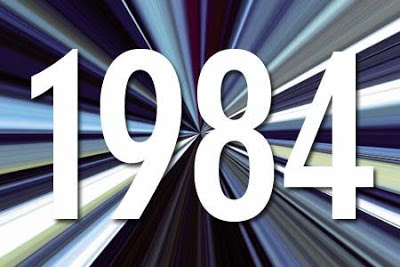 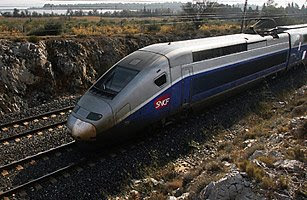 This is an article written from the philosopher Giorgio Agamben in solidarity to the 12 young Anarchist-Autonomist French people that had been arrested and accused for terrorism under totalitarian European laws…In this article the philosopher proves the “phantasm-fascism” that gets stronger and stronger in Europe and U.S.A through the passivity, the obeying and the stupidity of the “modern” masses
TERRORISM OR TRAGICOMEDY?
On the morning of November 11, 150 police officers, most of which belonged to the anti-terrorist brigades, surrounded a village of 350 inhabitants on the Millevaches plateau, before raiding a farm in order to arrest nine young people (who ran the local grocery store and tried to revive the cultural life of the village). Four days later, these nine people were sent before an anti-terrorist judge and “accused of criminal conspiracy with terrorist intentions.” The newspapers reported that the Ministry of the Interior and the Secretary of State “had congratulated local and state police for their diligence.” Everything is in order, or so it would appear.
But let’s try to examine the facts a little more closely and grasp the reasons and the results of this “diligence.”
First the reasons: the young people under investigation “were tracked by the police because they belonged to the ultra-left and the anarcho autonomous milieu.” As the entourage of the Ministry of the Interior specifies, “their discourse is very radical and they have links with foreign groups.” But there is more: certain of the suspects
“participate regularly in political demonstrations,”
and, for example, “in protests against the Fichier Edvige (Exploitation Documentaire et Valorisation de l’Information Générale) and against the intensification of laws restricting immigration.”
So political activism (this is the only possible meaning of linguistic monstrosities such as “anarcho autonomous milieu”) or the active exercise of political freedoms, and employing a radical discourse are therefore sufficient reasons to call in the anti-terrorist division of the police (SDAT) and the central intelligence office of the Interior (DCRI). But anyone possessing a minimum of political conscience could not help sharing the concerns of these young people when faced with the degradations
of democracy entailed by the Fichier Edvige, biometrical technologies and the hardening of immigration laws.
As for the results, one might expect that investigators found weapons, explosives and Molotov cocktails on the farm in Millevaches. Far from it. SDAT officers discovered “documents containing detailed information on railway transportation, including exact arrival and departure times of trains.” In plain French: an SNCF train schedule.
But they also confiscated “climbing gear.” In simple French: a ladder, such as one might find in any country house.
Now let’s turn our attention to the suspects and, above all, to the presumed head of this terrorist gang, “a 33 year old leader from a well-off Parisian background, living off an allowance from his parents.” This is Julien Coupat, a young philosopher
who (with some friends) formerly published Tiqqun, a journal whose political analyses – while no doubt debatable – count among the most intelligent of our time. I knew Julien Coupat during that period and, from an intellectual point of view, I continue to hold him in high esteem.
Let’s move on and examine the only concrete fact in this whole story. The suspects’ activities are supposedly connected with criminal acts against the SNCF that on November 8 caused delays of certain TGV trains on the Paris-Lille line. The devices in question, if we are to believe the declarations of the police and the SNCF agents themselves, can in no way cause harm to people: they can, in the worst case, hinder communications between trains causing delays. In Italy, trains are often late, but so far no one has dreamed of accusing the national railway of terrorism. It’s a case of minor offences, even if we don’t condone them. On November 13, a police report prudently affirmed that there are perhaps “perpetrators among those in custody,
but it is not possible to attribute a criminal act to any one of them.”
The only possible conclusion to this shadowy affair is that those engaged in activism
against the (in any case debatable) way social and economic problems are managed today are considered ipso facto as potential terrorists, when not even one act can justify this accusation. We must have the courage to say with clarity that today, numerous European countries (in particular France and Italy), have introduced laws and police measures that we would previously have judged barbaric and anti-democratic, and that these are no less extreme than those put into effect in Italy under fascism.
One such measure authorizes the detention for ninety-six hours of a group of young – perhaps careless – people, to whom “it is not possible to attribute a criminal act.” Another, equally serious, is the adoption of laws that criminalize association, the formulations of which are left intentionally vague and that allow the classification of political acts as having terrorist “intentions” or “inclinations,” acts that until now were never in themselves considered terrorist.
Giorgio Agamben