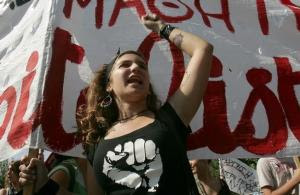 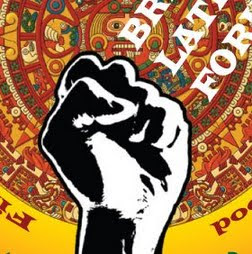 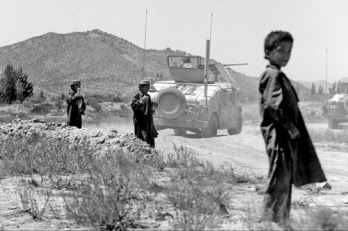 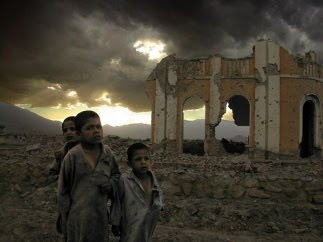 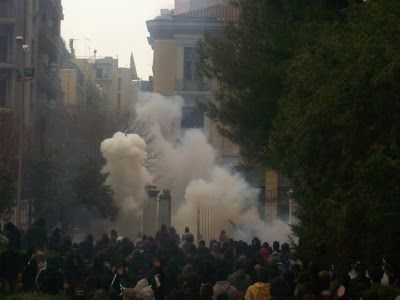 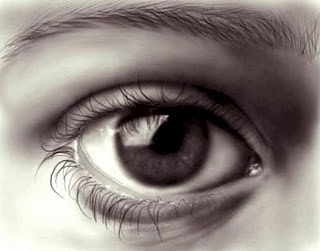 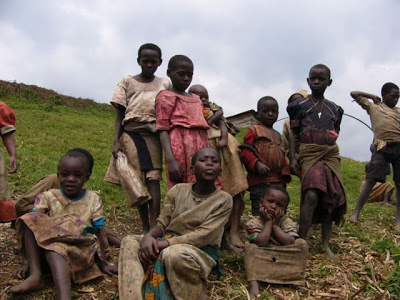 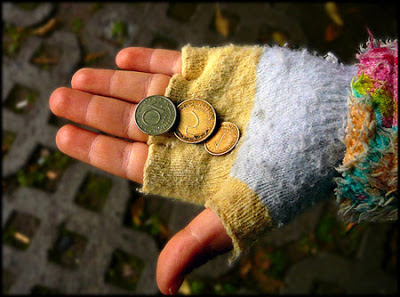 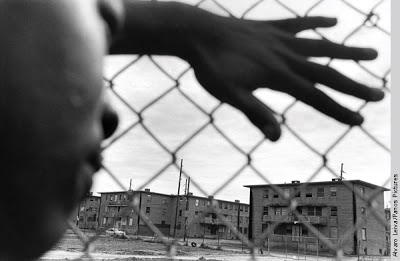 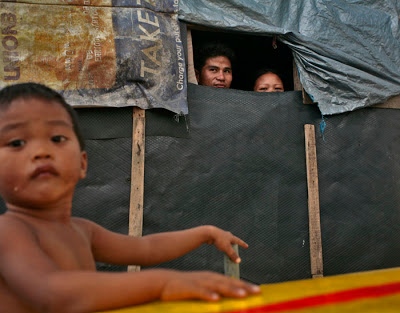 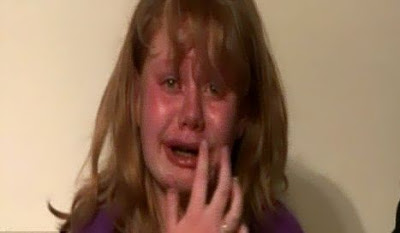 Keny Arkana – Cinquième Soleil
(The Fifth Sun)
My species has lost its way, the mind overheating
people hate each other, war of egos
Twenty-first century, cynicism and mistrust
Abuse of the Earth, guts full of madness
borders, barricades, riots and
screams, cries and blood baths, bombs exploding
politics of fear, immoral science
insurrection of a people, arms market
New World Order, fusion of terror
human the most predatory animal
the system stinks death, assassins of life
has killed memory to kill the future.
heads full of Floppies disks , our senses deceive us
3rd eye open because our brain lies to us
the human beings are lost, have forgotten their Force
forgotten the moon, the sun and the atom.
Inversions of poles heading towards hatred
Forgotten the reason for an excuse that divides
Egotism as a motto, miserable age
Collective hatred against visceral rage
A glimmer in the heart, a tear in the eye,
a prayer in the head, an old pain
Burning grave, there where forgiveness and faith dies
where even the voice is scared, come on…
Laws made for the people and kings tyrannize…
Brotherhoods and business at the top of the pyramid,
the sponsors blood between tanks and uzis.
Innocent, in a sky the color of plants, factories,
a mournful silence, a stray bullet
a whole family in tears, a child cut down
militia of the State, paramilitaries,
celebral folly, entire peoples laid low…
Shanty towns of poverty at the entrance of the palaces
Freedom stolen, synonym for bureaucratic paperwork
Humanity bartered for an illusory life

Between morning stress and evening anxieties
head full of neuroses, nerves severed
characterize modern man, often corrupt…
…And when the city falls asleep, so many times occurs
a silent death, a homeless in the cold…
Prison of cement, behind the blinkers
The fight is so long, for a little Light
Families are torn apart and fathers are rare
The children don’t laugh anymore, they build ramparts
Mothers just keep going, one youth in three in jail
All this fucking shit is real, so we will struggle on
It is “malatripa” that is eating our guts
a bottle of vodka, a few grams of weed
Some are not coming back, the constriction is brutal
subutex injected in a puddle of blood
Children are fighting, one knife cuts too many
it is no longer exist the house that the kids return early
they learn deception in a fit of rage
formatting by the street, formatting at school
Each one has his own disk, when the worlds meet
it is cultural shock, or hatred of shame
The barriers are here, in our heads, warm
and cosy…
The hardest crack quickly, it’s the law of the reed
No, nothing is rosy here, greyness remains
in bruised hearts that are dying away like small fires
Don’t cry my sister, because You carry the world
Noble is your heart, believe in yourself and rise up again
Don’t listen to those bastards who want to see you sad,
even Mother Earth is sick, but Mother Earth resists!
Man has built his world, apprentice creator
who has upset everything, bloodthirsty predator
Babylon is large but there is nothing to it but
a vulgar farce, a masquerade with the scent of illusion,
mistress of our credulous and naïve minds,
massive conditioning, there where nerves are raw
in the margins there’s rage, stronghold of galley slaves
Together we are the world and the system is nothing
Be aware, my brother, remain true to your heart
Don’t trust the system, that lies and assassinates
Keep away from the hate that jumps on our arm,
Humane Humanity, only Love will save us
Listen to the silence when your soul is at peace
the light is there, the light has entered
Truth is ourselves…Fruit of the creation
Don’t forget your History, don’t forget your Mission
Last generation with the power to change everything
Life is with us,… don’t be afraid of danger
so let’s raise our voices, so that we will not forget anymore
Scrap of stardust, what are you waiting for to shine?
All brothers and sisters, are remake the chain
because we are but one, divided in a flesh
Let’s find joy, and help one another once more, let’s rise up…

A glimmer is enough to melt the darkness and dissolve the shadows
This time is running out of breath, a smell of sulphur
the end can be felt, the Beast captivates the crowd
symbols are inversed, funerals merge
The Star that spins the wheel approaches our skies
The earth in her death throes, ill-being is honored in the spotlight
madness, defamation, little heart at the right time
ignorance of happiness, and of the magic of life
Shocked by the horror, trained to survive
The time, the age, the worst, a part of the consequences
good and evil, today choose your side
The human beings are lost, too focused on their properties
The stars come together to bring us back on the way,
Tied control, but the Light passes through
Have trust and confidence in Life, in the strength of your dreams
everyone has an angel at their shoulder, always there if you see

When the heart is one, the spirit and the action
The Great Day is being prepared, can’t you see the signs?
Death doesn’t exist, it’s just the end of cycles
This end is appearing, humans decimate one another
The Pleiades point to indigo hope,
Raise your head and understand
Feel the Force in your being
Go beyond the Babylon, clear up the mystery
Nothing happens by chance, may heaven bless you
Child of the Quinto Sol (Fifth Sun), read between the lines.